The New York Times has run what appears to be its crowning showpiece in its campaign against Israel. Nathan Thrall’s March 28 article, “How the Battle Over Israel and Anti-Semitism Is Fracturing American Politics,” purports to detail the current battle over Israel among Democrats while making an exhaustive case for the left’s Boycott, Divest, and Sanctions movement (BDS) aimed at destroying the Jewish state.

How does Thrall go about this? Mostly by stating propaganda as fact and fact as propaganda. In the former category, we have this:

Before Israel was founded in 1948, there were Zionist campaigns to boycott Arab workers and exclude Arabs from Jewish-only residential communities. Following the 1948 war, which erupted after the United Nations announced its plan to partition Palestine into two states, the Jews who fled could return; Palestinians could not. Most of the Palestinians who remained within Israel were placed under military rule until 1966.

Of course, it was the Arabs in Palestine who boycotted the Jews. As noted at CAMERA’s website, the Arabs did more than boycott. In the first half of the 20th century, Arabs launched multiple murderous attacks on Jewish communities in Palestine. And note Thrall’s passive formulation for a war that “erupted” in 1948. Naturally, in his mammoth article, Thrall fails to mention that this eruption was the result of the Jews being targeted by surrounding Arab armies. As for “military rule,” it would have been suicide for the Jews not to have put the military in Arab towns that bordered their enemies.

Now for facts presented as propaganda, witness this trope:

“The issue is not land; the issue is not statehood,” says Morton A. Klein, the president of the Zionist Organization of America, a once-marginal pro-Israel group that has close ties with the Trump administration. “The Palestinians don’t want peace no matter what.” Referring to the years of the major partition proposals and Israeli-Palestinian negotiations, he added, “Because the Palestinians were offered a state in ’37 and ’47, and they said no. In 2000, 2001, 2008, they said no.”

Note that whereas Thrall’s bizarro history is presented as the official record, the truth about Palestinian intransigence is put in the mouth of the leader of what Thrall calls a “once-marginal pro-Israel group that has close ties with the Trump administration.” But all that need be said about Morton Klein’s claims is that they’re simply 100 percent true.

Having established the historical injustices perpetrated against Arabs by Jews, Thrall goes on to make the case that Zionists are essentially racist and use money to wield outsize political power. The claims of racism go far beyond the notion that Zionists are bigots when it comes to Arabs. According to Thrall, they’ve got a problem with black people, too. That case is capped off by an unchallenged quote from Barack Obama’s former deputy national security adviser, Ben Rhodes:

For Obama, too, according to Rhodes, navigating Israel policy was harder because he was black. “Just the presumption that because Obama was black he would be sympathetic to Palestinians was enough to cause political problems with certain donors and elements in the media who assumed that would mean that he was anti-Israel,” Rhodes said. It was dangerous for Israel, he went on, that its advocates and allies assume that minorities will automatically view Israel as an oppressor: “So you’re acknowledging, through your own fears, that Israel treats the Palestinians like black people had been treated in the United States. That’s not a good look for Israel.”

No, Obama was not assumed to be anti-Israel because he was black. He was understood by some to be anti-Israel because of his campaign against Israeli leadership and self-defense. He sidelined Benjamin Netanyahu at every opportunity, tried to thwart Bibi’s reelection, upbraided Israel about settlements, struck a dangerous nuclear deal with Iran behind Israel’s back, and ultimately abstained on a UN vote “establishing” Palestinian statehood. What does race have to do with it?

And then, the Jewish money: “There is little willingness among Democrats to argue publicly for substantially changing longstanding policy toward Israel,” Thrall writes. “In part, some Hill staff members and former White House officials say, this is because of the influence of megadonors: Of the dozens of personal checks greater than $500,000 made out to the largest PAC for Democrats in 2018, the Senate Majority PAC, around three-fourths were written by Jewish donors. This provides fodder for anti-Semitic conspiracy theories, and for some, it is the elephant in the room.”

Wait. An elephant in the room is supposed to be the thing that’s not discussed. Jewish money in American politics is talked and written about as if were the most important foreign-policy issue of our time. Again, Thrall calls on Rhodes to flesh out the bad-faith argument: “The Washington view of Israel-Palestine is still shaped by the donor class,” Rhodes says. If that’s true, then how did Obama (and the Democrats) maintain enormous Jewish campaign contributions while he built the worst presidential record on Israel in modern times?

What Thrall never mentions is that Americans’ ties with Israel run deep for reasons having nothing to do with Jewish campaign money. From the Founders’ generation on, America’s purpose has been thought of in terms of religious destiny reminiscent of God’s promise to the Jews. Israel is a democracy in a sea of autocracy, and supporting democracies under threat has long been a staple of American foreign policy. There are also many practical ties between the two countries, having to do with intelligence, security, and commerce. And for America’s Evangelical Christians, Israel security is a paramount concern.

But that’s not all Thrall leaves out. There are a few more things he fails to mention:

The Palestinian leadership is dedicated to the destruction of Israel.  Israeli leaders want Jews to live peacefully in a Jewish state and have no interest in destroying their Arab neighbors. When Israel pulled Jews out of Gaza in 2005, Gaza became immediately and permanently a terrorist state whose national purpose is killing Jews. The Palestinian leadership has mercilessly oppressed generations of its own people. Arab citizens of Israel, on the other hand, enjoy a degree of freedom and human rights that simply don’t exist in any Arab-ruled countries (let alone the Palestinians territories). Countless countries receiving American-aid dollars have—unlike Israel—abysmal human-rights records and face no left-wing BDS campaign.

There is only one just resolution to the Arab-Israeli conflict: The Palestinians give up their defining goal of destroying Israel and turn instead to the business of building a functioning state. If that were to happen, Israeli leaders and citizens would be thrilled to make a real peace with their long-suffering neighbors. Left-wing attacks on Israel only prolong the Palestinians’ misery by giving hope and aid to their ruinous leaders. Israel can withstand the propaganda of the New York Times just fine. Can the New York Times? 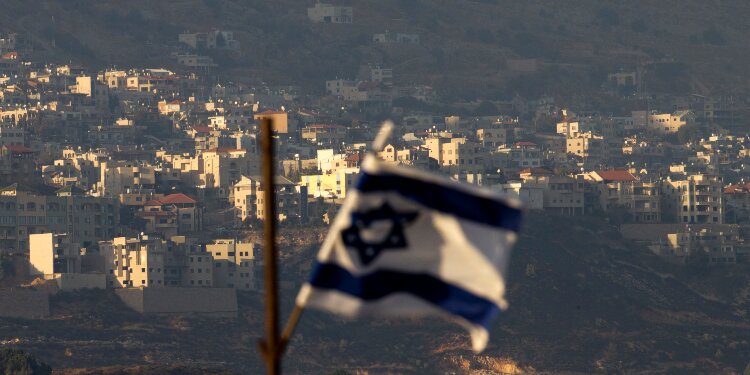