The world of literature, where Jews have made so many invaluable and long-standing contributions, is succumbing quickly to the new anti-Semitism.

The most recent example comes from the United Kingdom. Two cultural organizations in England have just rejected hosting talks by novelist Richard Zimler—explicitly because he’s Jewish. In the Guardian, Zimler writes of the conversation with a friend in which he learned of the trouble: “‘They asked me if you were Jewish, and the moment I said you were, they lost all interest,’ he said. “‘They even stopped replying to my emails and returning my phone messages.’”

Zimler had been hoping to promote his new novel, The Gospel According to Lazarus, and up until his friend confirmed the author’s Jewishness, these unnamed organizations had been interested. And then they weren’t. “It made Britain seem like a place I didn’t know and maybe never knew,” Zimler writes. “Even just asking about my religious affiliation struck me as outrageous.”

It gets a bit more outrageous when you consider what Zimler’s publicist had to say to the Observer—while not revealing his own name: “I was very shocked and surprised. People in the literary world are not usually narrow-minded. Everyone who knows Richard knows he is his own person.”

Zimler “is his own person”? That’s a curious defense, isn’t it? It’s hard not to think that what he meant was that Zimler, while Jewish, isn’t a Zionist puppet and can, therefore, be tolerated.

It might behoove Zimler to exercise his individual personhood and fire his publicist—at the very least for remaining anonymous while commenting on the matter. And it would be helpful, too, if he revealed the names of the two blatantly anti-Semitic organizations that shot him down.

Zimler’s case isn’t entirely an outlier. In May, Michigan-based publisher Dzanc Books canceled the publication of the forthcoming novel, The Siege of Tel Aviv, by Hesh Kestin, an American Jew and former soldier in the Israeli army. The book imagines an Iranian-led attack on Israel, and Dzanc pulled out after a slew of the publishing house’s other authors complained that it promoted unflattering stereotypes of Muslims. Funny, Stephen King seemed not to have noticed. He blurbed the book, writing, “Hesh Kestin’s novel is scarier than anything Stephen King ever wrote—and then the fun begins as Israel fights back.”

What’s scariest, however, is the concerted effort to push Jews, Jewish ideas, and any expression of sympathy for Israel out of popular culture. Jewish writers face a perfect storm of hatred, especially if they dare to write positively about Israel. There’s the rise of the anti-Semitic BDS movement; a book industry marked by “sensitivity readers,” who assess works based on how closely they hew to leftist notions of identity-based  victimhood (in which Jews always come in last); and cancel culture, which automatically sinks the careers of those who don’t play by the rules of intersectionality. In the case of Zimler, there’s also the triumph of anti-Semitism among the British left.

Think of this: Zimler is a bestselling novelist. He’s written 11 novels and received multiple prestigious awards. Kestin’s novel was praised by Stephen King. If those two are facing late-career cancelations, imagine what awaits young Jewish writers and artists who may have some unpopular things to say but who haven’t yet made their mark: At this rate, we will never hear their voices. It doesn’t look good for the next Bellows, Roths, and Malamuds, none of whom would come close to making it through today’s identitarian obstacle course to publication. And it’s going to get worse.

For a Jewish writer—or any writer who’s not slavishly PC—to be truly his or her own person will increasingly mean standing up to the bigots who seek to excise them from the world of arts and letters. 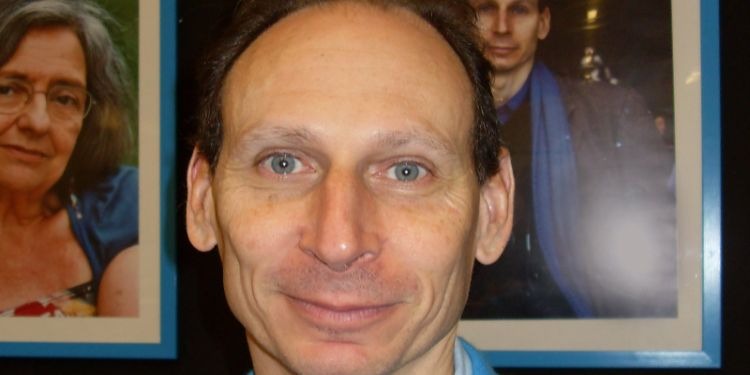