President Trump has just granted a full pardon to his first national security adviser Michael Flynn. This was a long time coming and it is justly deserved. Beginning in 2016, the FBI and the Justice Department targeted Flynn based on the erroneous suspicion that he was a Russian agent. They put him through long legal and personal ordeal and ultimately produced no evidence to support their suspicion. But in late 2017, Flynn was charged with lying to the FBI about his conversations with then Russian Ambassador Sergey Kislyak. At first, he pleaded guilty and then renounced his plea. The case has been in a twisted state of limbo up until today.

Eli Lake’s comprehensive account of the Flynn affair, “The Railroading of Michael Flynn,” from the June issue of COMMENTARY, explains that the lying charge was also unfounded and the result of a deceptive and deliberately mishandled interview and review conducted by the FBI. Some key paragraphs:

Flynn had been led to believe that the interview with the agents was purely informational, and when they arrived at his office, they went out of their way to make him feel at ease. In his motion to withdraw his 2017 plea for lying to the FBI, Flynn reiterated that he did not have a clear recollection of the conversation with Kislyak and did not intentionally lie to Pientka and Strzok. He also said he is generally tightlipped with interlocutors outside his chain of command. “My baseline reaction to questions posed by people outside of superiors, immediate command, or office of responsibility is to protect sensitive or classified information, except upon ‘need to know’ or the proper level of security clearance,” he wrote.

Flynn did not believe he was being interviewed as part of a criminal or counterintelligence investigation (indeed, this was something Comey took great pains to conceal from Trump’s White House, whose lawyers might have counseled caution to Flynn or sat in on the interview, as would be typical). Therefore, Flynn did not feel that Strzok and Pientka were out to get him; if anything, he thought he outranked them and that they were in effect his underlings.

More telling, Strzok and Pientka did not detect any of the body language or ticks associated with lying. Considering that Pientka had attended a briefing with Flynn during the campaign in order to assess Flynn’s baseline mannerisms, this assessment has credibility. Comey, on his 2018 book tour, would later deny that the agents had thought Flynn was being truthful. But transcripts show that when asked under oath in the closed session with the House Intelligence Committee if Flynn lied to his agents, Comey said, “I don’t know. I think there is an argument to be made that he lied. It is a close one.” 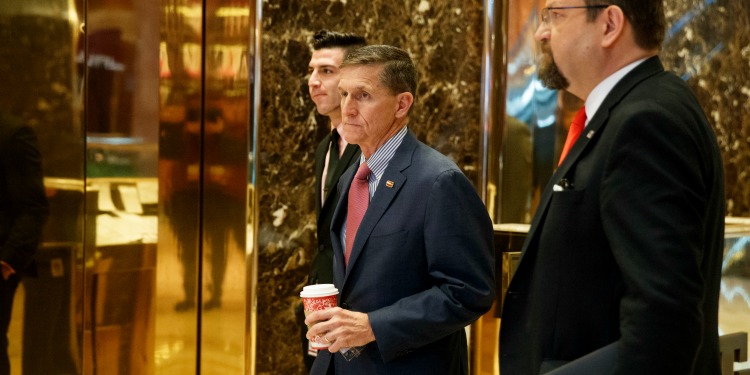