Donald Trump has released his framework for a new Middle East peace plan. It’s a fair and realistic plan, which means, sadly, that there is little hope of the Palestinians doing their part to make it work. Both leading political parties in Israel have already signed on, so it’s only left to the Palestinian leadership now to determine whether or not their people will know peace or further misery.

Israel has also agreed to the White House’s requirements for a viable Palestinian state. In general terms (the framework runs to more than 180 pages including appendices), those requirements are: A Palestinian state must be governed by the rule of law, ensure political freedoms and human rights for its citizens, have transparent financial institutions, end its program of terrorist incitement through education, achieve “civilian and law enforcement control over all its territory,” and demilitarize its population. For Gaza, this means disarming terrorist organizations, demilitarizing the Strip, and putting the Palestinian Authority or another party acceptable to Israel in full control.

The thing about peace between Israel and the Palestinians, however, is that the devil isn’t in the details; it’s in the broad strokes. Israeli leaders have long wanted peace while their Palestinian counterparts want to destroy Israel. Trump announced the framework at the White House today alongside Israeli Prime Minister Benjamin Netanyahu. Both men spoke in hopeful terms about opportunity, peace, prosperity, and warm relations among allies.

The Palestinian president, Mahmoud Abbas, on the other hand, has called for a “day of rage.”

Which gets to the heart of the matter. Palestinian leaders will take a day of rage over a decade of peace every time. And it’s their very refusal to recognize Israel’s right to exist and to negotiate in good faith that’s doomed the long-suffering Palestinian people. Palestinian officials have refused to meet with Americans since Trump announced the opening of the American Embassy in Jerusalem in 2017.

For decades, such self-defeating obstinacy found support among other Arab leaders in the region. This kept the Israel-Palestinian issue at the center of any discussion about Middle East stability. But that has unofficially come to an end. With Iran’s increased aggression against its Sunni neighbors—and Barack Obama’s mistaken effort to strengthen the Islamic Republic—Saudi Arabia and other Sunni kingdoms have formed an unspoken alliance with Israel against Tehran. They have more pressing concerns than Mahmoud Abbas’s latest tantrum. And without the undying support of the Saudis and other critical allies, the Palestinians have lost much of their leverage.

This is in part why the U.S. felt no pressure to wait on Palestinian input before rolling out its framework. And it’s also why, if Palestinian leaders once again fail to seize the opportunity before them, everyone will get along just fine except the Palestinian people. 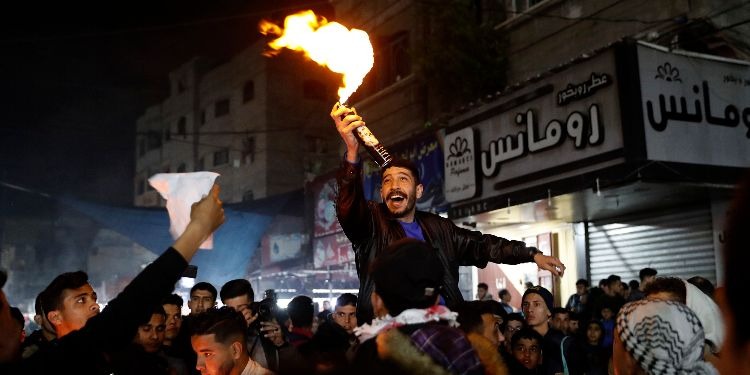