In Monday’s New York Times, Peter Baker acknowledges what some of us have known for a long time: Barack Obama’s Middle-East policy has been a failure. “In the region,” he writes, “the United States is seen as disengaging under President Obama.” Baker notes the results of such disengagement:

Today there is no single overarching issue but multiple ones. Syria, Iraq, and Yemen are caught up in war. Turkey and Jordan are inundated by refugees. Russia has reasserted itself as a major player in the region. Libya is searching for stability after the fall of its longtime dictator. The Kurds are on the march. Egypt is fighting off a terrorist threat at home. And Saudi Arabia and Iran are waging a profound struggle for the future of the region.

Not one of those conflicts was raging when Obama took office. And what’s most damning about the list are the Obama failures it leaves out: namely ISIS and the Iran deal. Baker gives Obama credit for fighting ISIS, as if our 11th-hour support for the Kurds in Mosul erases eight years of American paralysis in the face of a rising jihadist state. He ignores the Iran deal, I assume, on the grounds that it’s too early to render a final judgment. In the Obama age, journalists tend not to criticize policy until there’s a body count.

So what happens next? Baker writes: “The 45th president will inherit problems associated with the region that are vastly more challenging than any in a generation as the old order has given way to a kaleidoscopic mix of alliances, rivalries and overlapping crises.” But it’s worse than that. The next president will inherit another problem: Obama’s failure to confront America’s enemies has destroyed our sense of national purpose. In the November issue of COMMENTARY, I explore the president’s foreign-policy mistakes, the toll they’ve taken on the nation, and the most likely path for overcoming our malaise:

What is America’s purpose in the world? At the end of 2016, with Barack Obama’s two-term presidency coming to a close, the question seems almost outmoded. Not only does the United States currently have no national purpose; the very idea of a national purpose is now unfashionable. This is the logical result of eight years of American political leadership devoted to minimizing American global leadership. 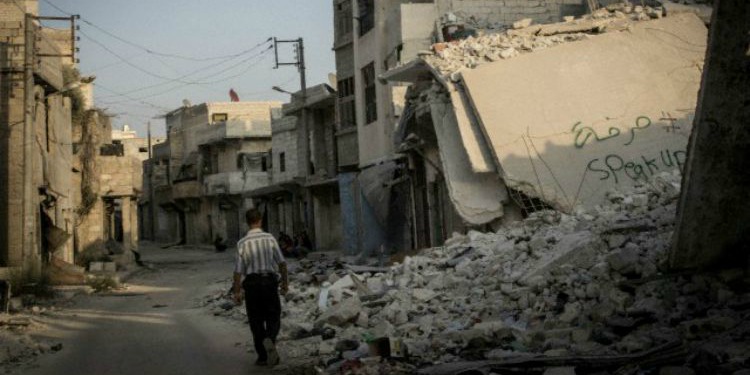