President Donald Trump is planning to withdraw American troops from Syria, and his administration has signaled a significant drawdown of U.S. forces in Afghanistan as well. Those who want to end U.S. involvement in these conflicts reflect a long-simmering public distaste for American intervention. It’s become all but impossible to say good things about America’s ongoing military efforts abroad. Or, it’s possible, but only after you begin with a list of mistakes and conclude with talk of leaving.

As we all know, our recent wars have gone on too long, gone through too many setbacks, and produced too few moments of clear victory. They’ve not made for good headlines. And that’s too bad because the U.S. military has been successfully protecting American interests over the past 17 years.

Our troops don’t go to war for the parades. They fight to protect their country. And a serious country understands that messy wars with elusive victories still have to be fought. In this light, our military efforts in Iraq, Syria, and Afghanistan have been vital. What have we gotten in return for all the pain and sacrifice? Only a peaceful homeland—a strangely under-appreciated miracle in the 21st century. Like the growth and prosperity that comes from free trade, peace is taken for granted. But it’s the direct result of American success in the wars we love to hate.

Earlier this month in Iraq, Prime Minister Adel Abdul Mahdi went on television to celebrate the first anniversary of the defeat of ISIS in Mosul. “Iraq reclaimed its lands, and the people reclaimed their will, and the citizens reclaimed their dignity, and all of us said no to terrorism and no to extremism and no to despotism,” he said. “And we said yes to Iraq and yes to civilization and yes to citizenship.” December 10 was declared Victory Day, and Iraqis observed a moment of silence at noon. There would have been no victory without American military assistance.

In Syria, as Noah Rothman explained earlier this week, “as recently as late November, coalition forces ‘repelled a coordinated attack by ISIS elements near Deir ez-Zor.’ American forces conducted over 200 air and artillery strikes in Syria between December 8 and 15 alone.” U.S. forces aren’t conducting hundreds of strikes on ISIS because it’s not our sworn enemy.

And in Afghanistan, by some estimates Taliban elements are holding or contesting nearly half the country. The Taliban are still tied to al-Qaeda, a group whose name now has the ring of ancient history precisely because Americans have assisted in keeping constant pressure on the organization and its allies.

The counter-arguments are too familiar: It’s no business of ours what happens in places like Iraq, Syria, and Afghanistan. Small improvements in the security conditions of lawless countries aren’t worth the cost in American blood and treasure.

Those who believe such things also have to believe that the U.S. did the right thing in staying out of Afghanistan for years after the Soviets were driven out and the Taliban offered up the country as an operations base for al-Qaeda. They must think that President Obama was wise to withdraw troops from Iraq in 2011 and allow jihadists to reconstitute as ISIS. They’ll presumably stay mute if al-Qaeda, ISIS, or some other group launches an attack on America that’s been planned in one of the countries from which we’re now withdrawing. And surely they’ll not be concerned when the next wave of fleeing refugees hits the West.

If it’s hard to imagine supporters of non-intervention embracing these placid opinions and attitudes, that’s because they don’t. And if horrific things should result from the planned troop drawdowns, they won’t. Enthusiasm for American military disengagement often isn’t a deeply considered position. It’s more of an impulse. Which is no basis for keeping a country safe. 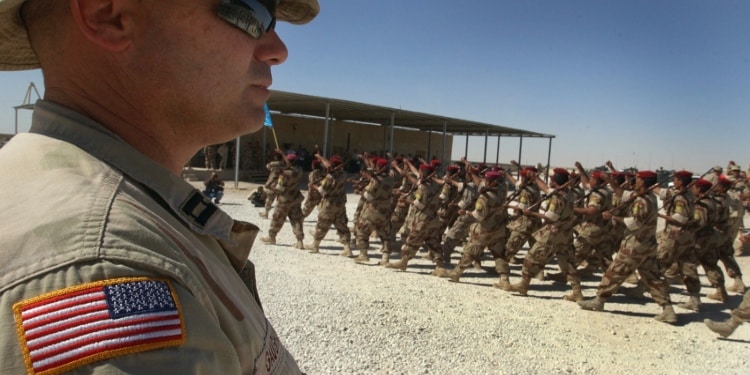