At the Forward, Ari Feldman reflects on whether or not recent attacks against Jews in Brooklyn are the result of anti-Semitism. The article is gaining a bit of attention because of its nonsensical premise and because of a few choice quotes. Feldman cites a local salesman as saying, “It’s less of an anti-Semitic thing than they needed a target to respond to this word: gentrification.” And he quotes someone named Mark Winston Griffith from the Black Movement Center, who says that the attacks may be the result of black people’s seeing Judaism as “a form of almost hyper-whiteness.”

To reject these explanations as preposterous and offensive is, of course, righteous. But to do that alone is to miss something critical. It’s also important to take these claims at face value. Not because they have merit, but because they show precisely how anti-Semitism works and what it is.

The Jew is hated as whatever the anti-Semite holds responsible for his own misfortune. If you’re a capitalist, the Jew is a Communist; if you’re a Communist, the Jew is a capitalist. If you’re a pacifist, the Jew is a warmonger. If you’re a warrior, the Jew is a coward. Depending on your circumstance, the Jew can be grimy or snobbish, rootless or nationalist, invader or separatist. And if 100 years ago, American bigots saw Jews as Asiatic cross-breeds, today bigots see them as “hyper-white.” If you want to know what a culture considers most problematic, look at its brand of anti-Semitism. When you have headlines about “white privilege” and “evil white men,” Jews become the epitome of whiteness—except, of course, for neo-Nazis, who see Jews as hyper-integrationists.

No one explained it better than Ruth Wisse in the 2010 issue of COMMENTARY:

Anti-Semitism works through the strategy of the pointing finger. Through political prestidigitation, the accuser draws attention away from his own sins—in the case of Arab leaders, the systematic oppression and immiseration of their own people—by pointing to the Jews, whose demonically inflated image and luridly portrayed wickedness make them a plausible explanation for whatever ails his regime. The pointing finger keeps negative attention focused on the Jews—or Israelis—and the latter, as often as not, obligingly fall into the trap by accepting responsibility for a situation they cannot control. In politics as before the law, whoever points the finger is the plaintiff, and whoever stands in the dock is the defendant. Unless they were to file a countersuit, simply answering to the charge of which they stood accused placed the Jews under the constant obligation of defending their innocence.

The Forward article falls into the trap described above. Ari Feldman thinks the point is to explain that Jews are not hyper-white representatives of gentrification: “What some non-Jewish residents miss is that the issues the assailants may be responding to are things the Jewish community is struggling to deal with as well,” he writes. Later he paraphrases an interviewee: “It’s important to remember that gentrification also impacts poor Jews.”

No, that’s not what’s important. What’s important is to recognize that when Jews are targeted for being what they aren’t, that’s anti-Semitism. Period. 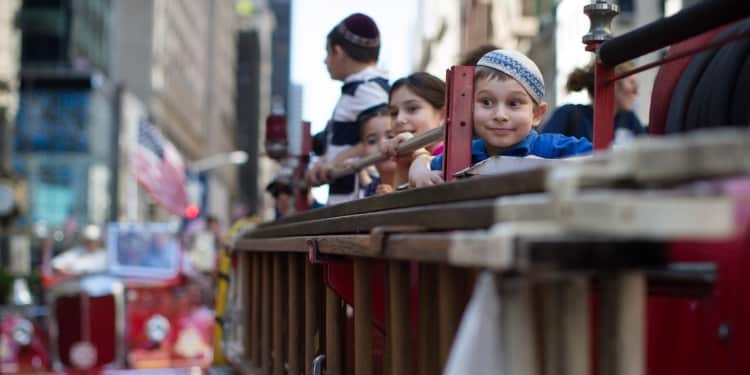