Even before President Trump declared a national emergency that only a border wall could resolve, voices on both the left and the right warned that future presidents would use Trump’s precedent to justify emergency declarations for progressives’ own favorite policies, such as gun control or climate regulation.

It’s not quite so easy, of course. Simply declaring an emergency doesn’t give a president open-ended powers; rather, it unlocks other statutes that vest the president with specific powers.

The real question, then, is what statutes could a Democratic President invoke with an emergency declaration to tackle climate change? Dan Farber, an environmental law professor, spotted some examples. Some statutes might allow a President to suspend oil drilling on federal land or promote battery or electric vehicle production. Others could let the executive branch impose new restrictions on transportation-related greenhouse gas emissions. There are even statutes that could give the president power in an emergency to regulate the financial activities of foreign countries or companies that (in Farber’s terms) are “trafficking in fossil fuels.”

Those would be significant regulatory impositions, of course, but they are a far cry from the unilateral presidential imposition of the Green New Deal. And, come to think of it, they pale in comparison to the unilateral assertions of regulatory power that President Obama actually undertook in service of his climate regulations.

These were not formal “emergency” programs, but advocates of regulatory action on climate change, especially Obama himself, have always relied on narratives of climate “emergency” to justify assertions of immense executive branch authority. When a coalition of Democratic states petitioned the Supreme Court in 2006 to force the Bush Administration’s hand on climate policy, they declared climate change to be “the most pressing environmental problem of our time.” Even a brief delay of their regulatory agenda, they said, would have “serious potential consequences” because greenhouse gas emissions were “accumulating in the atmosphere at an alarming rate” and “the window for opportunity” to “mitigate the dangers posed by climate change” was “rapidly closing.” When the Supreme Court agreed with the states and ruled against the Bush Administration in early 2007, the majority opinion’s opening passage quoted some of the states’ rhetoric.

From the outset of his own presidency, President Obama embraced the emergency narrative in his speeches on climate policy, from the United Nations (“… the time we have to reverse this tide is running out …”) to Copenhagen (“Or we can again choose delay … all while the danger of climate change grows until it is irreversible. There is no time to waste.”). When Obama announced in 2013 that the EPA would pursue its unprecedented regulatory program for energy and industrial companies, he urged that progress would be measured “in crises averted, in a planet preserved.”

When that program, eventually known as the Clean Power Plan, was challenged in the Supreme Court, the Obama Justice Department opened its brief with an assertion that the EPA’s program “addresses the Nation’s most important and urgent environmental challenge—climate change,” before warning that “any delay in reducing emissions of greenhouse gases” will “contribute to, or even accelerate, the resulting public and environmental harms.” This time the Supreme Court disagreed and blocked the program shortly before Justice Scalia’s death.

In making climate policy, a major component of the Administration’s national security policy, President Obama cast his policy in the rhetoric of emergency action: “The Pentagon says that climate change poses immediate risks to our national security,” he told the nation in his 2015 State of the Union Address. “We should act like it.”

It should not surprise us that President Obama’s rhetoric surrounding climate change is almost indistinguishable from President Trump’s rhetoric surrounding immigration. Each president made his policy a core priority of his domestic regulatory agenda. But rather than accept the compromises that accompany legislation, they pursued it primarily through unilateral executive branch action.

Both presidents wrapped their policy in the rhetoric of crisis. To convince courts of the necessity of Obama’s astonishing assumption of new regulatory powers, the president’s allies on the left insisted that the threat from climate change was so acute and the public so moved by the urgency of the situation that extraordinary measures were only prudent. The pro-Trump right has borrowed from the Obama-era’s excesses to convince similar audiences that the president needs new powers to borrow and spend unappropriated funds and even expropriate private property.

Despite all their differences, there are important continuities between Obama and Trump’s approach to governing by emergency, although neither camp would admit it. The progressive left’s response to President Trump’s emergency declaration—asserting that his actions mark a decisive turning point in modern American governance, rather than simply the latest escalation in a long line of escalations—reveals a conspicuous lack of self-awareness.

Farber closed his analysis by warning that if Trump’s assertion of unilateral power succeeds, “we may find ourselves in a situation where pretty much anything goes.” In response, he advised, Democrats must not “unilaterally disarm.” Maybe he doesn’t know that many Americans were just as appalled by Obama’s efforts to create an artificial climate of permanent emergency, in 2016, voted accordingly. 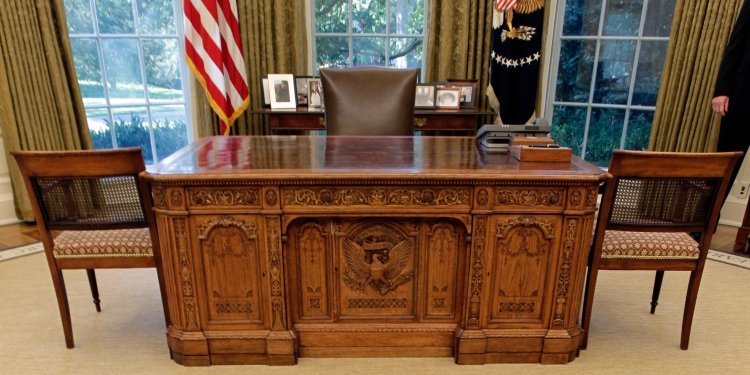