’Tis the season for digging up and desecrating Emily Dickinson. First came last year’s Wild Nights with Emily, a flimsy film starring Saturday Night Live alum Molly Shannon, which the Washington Post said threatened “to reduce the writer’s life to the punchline of a literary version of Rodney Dangerfield.” Now the perpetrator is Apple TV’s 10 half-hour episodes of its strange new series, Dickinson.

Hailee Steinfeld, an executive producer of Dickinson, plays the lead role of the poet in her mid-twenties. Steinfeld physically resembles Dickinson, but there any resemblance ends. Dickinson is not so much a bloated biopic as a fictional reimagining of its subject as a woke millennial rebel; it is more in the vein of Abraham Lincoln: Vampire Hunter than the acclaimed biopics about Johnny Cash, Elton John, and Freddy Mercury.

Given Dickinson’s famous injunction—“Tell all the truth but tell it slant”—perhaps we should accept some of Apple TV’s liberties, but minutes into the first episode, it becomes clear that the show includes far too many heavy-handed deviations from the facts.

To create a platform for tedious virtue-signaling, creator Alena Smith misrepresents Emily’s parents as rigid enemies of education for women. Richard B. Sewall, Dickinson’s preeminent biographer, correctly describes Edward Dickinson as “a strenuous advocate of female education” who sent Emily to Amherst Academy, a top-notch prep school with many connections to their family. He then sent her for a year to Mount Holyoke Female Seminary, the predecessor to Mount Holyoke College; few American women of the 1850s received a better education than Emily Dickinson.

As wooden as the script is, Toby Huss finds ways to make the character of Edward Dickinson interesting and intermittently sympathetic. Poor Jane Krakowski, who plays Edward’s wife, Emily Norcross Dickinson, has no such luck because the script calls for her to play a borderline-psycho Happy Housewife; her lines are so leaden and repetitive that she often looks embarrassed. Again, this caricature is more than “slant”—the poet’s mother was herself educated at a boarding school, and her failures as a mother tended to derive from emotional aloofness rather than the hard-hearted smothering repeatedly portrayed in Dickinson.

The centerpiece of both the Molly Shannon film and this biopic is an alleged lesbian affair between the poet and her best friend, Susan Gilbert, who is in the process of becoming her sister-in-law. This part of the plot relies on controversial recent scholarship that overreads typically effusive correspondence of the 19th century. A few scholars have made similar efforts to claim Abraham Lincoln and other gushy letter writers of this era as retroactive members of the LGBT community.

The hip-hop score and the occasional surreal cinematography in the style of Baz Luhrmann only distract from the plot, but the slangy contemporary diction is even more distracting. When Emily started calling people “dude,” I wondered whether the producers had sought the help of the writers of the Harold and Kumar films to punch up the script.

Punched up or not, the script makes a catastrophic error by whitewashing religion from Dickinson’s life. Raised a Calvinist in a household that regularly prayed together at home, she did reject organized religion:

Some keep the Sabbath going to Church
I keep it staying at home.

Her poems, which often have intense religious feeling and imagery, are wildly inconsistent when they consider God:

Of Course—I prayed—
And did God care?
He cared as much as on the Air
A Bird—had stamped her foot—
And cried “Give Me”—

Some attention to this tension in Dickinson’s psyche would have made her concise and gnomic verse, often written in the meter of hymns, more understandable to viewers.

Dickinson never decides whether it wants to be drama, history, comedy, or satire. Somewhat surprisingly, it is at its best when it tries to be funny. There is an amusing conversation about the 1856 Republicans and the Know Nothings that has a clear subtext for the present day without going over the top. Scenes involving Emily’s participation in a Shakespeare club also provide a platform for several deft shots at the pretensions of actors.

Dickinson takes hard satirical shots at two famous authors, Louisa May Alcott and Henry David Thoreau. The one at Alcott is a miss by a mile. It portrays her at a Dickinson family dinner as robotic, graceless, and greedy; she then goes for a weird “run” through the fields with Emily. My guess is that the writers’ intention was to mock what millennial academics call “late capitalism” a century and a half too soon, but it is difficult to tell.

Perhaps the highlight of the 10 episodes occurs when Emily and a failed suitor go to Walden Pond to try to get Thoreau’s help for their campaign to stop the cutting of a tree for a new railroad line. As played by John Mulaney, the hypocrisy of the pampered man of “the wilderness” is hilarious, and not in the least unfair.

Sometimes the show is unintentionally funny. The relentless selfishness of its Emily wears on the viewer. Toward the end of the 10 episodes, the writers decided to address this problem by having minor characters who are people of color improbably remind Emily of the privileges of wealth. The actors playing these characters, who are quite talented, look almost as pained in these scenes as those in which Emily’s mother keeps insisting that housework is the only appropriate occupation for a woman.

The last line of defense for biographies this dreadful tends to be that, even if they get the details wrong, they stir interest in the main character. In the case of Dickinson, though, the blending of the fictional and the true is so thorough that it may continue to confuse students who want to understand a great national poet. That is a shame.

Richard B. Sewall aptly summarized the dilemma of those who want to understand Emily Dickinson:

Almost nothing to do with Emily Dickinson is simple and clear-cut….Seemingly with willful cunning and surely with an artist’s skill, she avoided direct answers to the major questions that anyone interested in her as poet or person might be moved to ask. With success seldom approached by one destined for literary fame, she kept her private life private.

Any fair look at the evidence we do have about Emily Dickinson’s personal life suggests that she had the same sort of chronically unresolved internal conflicts that she had in her religious life. For all her feisty resistance to young men who courted her in her teens and twenties, she later encouraged romantic pursuit by a series of older—and mostly literary—men. In some of her surviving correspondence (her sister Lavinia destroyed most of it after Emily’s death), more traditional aspects of her personality emerge, particularly in letters in which she submissively addresses an unknown man as “Master.”

If one encounters viewers of Dickinson fired up to learn more about Emily Dickinson, you can be quick to dismiss Apple TV’s Dickinson as a Hollywood fever dream. For those in search of the real Emily Dickinson, tell them the best place to start is Sewall’s well-written and meticulous 1974 work, The Life of Emily Dickinson.

Even more important than Sewall’s biography are the poems themselves, which a series of editors butchered in order to domesticate Dickinson’s unruly and often unsettling art. Fortunately, Cristanne Miller has assembled Emily Dickinson’s verse as it was originally written in her monumental Emily Dickinson’s Poems: As She Preserved Them (Harvard University Press 2016). Anyone serious about understanding Dickinson should not settle for any other collection of her work.

Dickinson is a pandering distortion of the life of America’s most important 19th-century poet, and thus viewers should be careful to treat it for what it is—an intermittently amusing cartoon driven by trendy ideology, and not a serious appreciation of Emily Dickinson’s poetry or life. 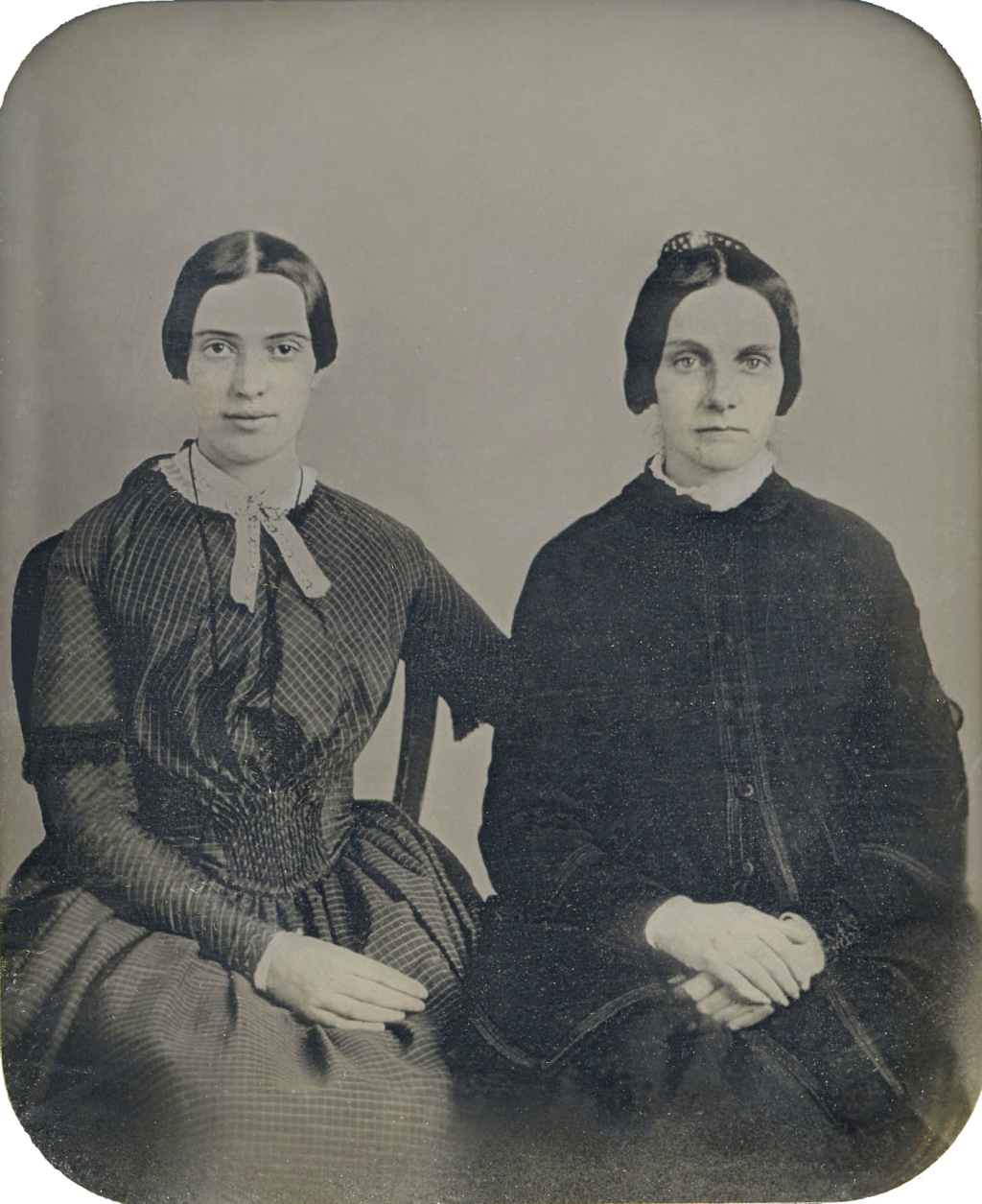 A.M. Juster tweets about poetry @amjuster. His work has appeared in Poetry, the Paris Review, the Hudson Review, and many other journals. His tenth book of original and translated poetry, Wonder and Wrath, is due in early 2021 from Paul Dry Books.