Many years after he had served as President Eisenhower’s chief of staff, Sherman Adams sat for an interview with a presidential historian, who asked his opinion of various officials who had served in Ike’s administration. Finally, the historian had worked his way down the organizational chart and asked, “What about Steve Hess?” Not known for his social graces, Adams replied: “Now you’re really scraping the barrel.”

It is fitting that Stephen Hess himself tells that story, in his charming new memoir of his 60 years in politics and government. Hess knows the value of self-deprecation. As the title of his memoir says, he is a “Bit Player.” Washingtonians like Hess are absolutely indispensable to the operation of the capital, for better and worse, but they are found beavering away at the edges of the spotlight; if they do get called to appear as a major player, it is usually a brief turn, without expectations of stardom. A bit player is Washington’s version of Prufrock—not a prince but “an attendant lord, one that will do to swell a progress, start a scene or two, advise the prince…deferential, glad to be of use, politic, cautious, and meticulous.”

Or as Hess himself describes his career in Washington: “making friends, doing favors, being helpful, not getting into trouble.” You’ll find such functionaries in both parties, of course, and true to the type, Hess has never been much distracted by ideology. This suited the political era he lived through and contributed to. A nominal Republican, he inherited his party affiliation from his father, a small businessman in the Bronx, who in turn was a follower of Thomas Dewey, the New York governor and two-time presidential nominee, and the patron saint of liberal Republicanism in the 1940s and ’50s. For the past 46 years, between interludes of government service, Hess has been a senior fellow at the Brookings Institution, a Democratic think tank. He still calls himself a liberal Republican, a creature as rare as a Jackalope.

Hess came to politics through academia. A mentor in his graduate program at Johns Hopkins University was called to write speeches for President Eisenhower halfway through his second term. With a passion for politics and no interest in a professor’s career, Hess was happy to tag along. He is especially good at capturing the daily life of the midlevel White House staffer. He conveys the general headiness the bit player succumbs to, with the preposterously large offices in the Executive Office Building, the perks and occasional freebies, the encounters, however fleeting, with figures more important than the bit player: a cabinet officer, a famous author, a movie star (the film noir actor and director Robert Montgomery was a frequent visitor to Ike’s White House). The differences between then and now are striking, too. Eisenhower’s staff was minuscule by today’s gargantuan standard; the dining room where most of them ate held no more than three dozen people. The level of security is simply unimaginable. “I spent two years innocently walking through the White House without ever having to show identification.”

Hess can testify to the serendipity and the accidental nature both of great events and of presidential utterance. President Eisenhower’s Farewell Address contained the deathless warning about a “military-industrial complex.” The phrase was concocted by one of Hess’s colleagues, a military aide, who explained its origins like so: “You know, you get to the end of a sentence and you don’t know how to end it up and this word comes to you and you write it in and that’s the way it fits and that’s the way it came out.” For liberals, the “military-industrial complex” was precursor to the more recent “Deep State,” the phrase with which right-wingers prefer to frighten themselves.

A bit player’s life has its small pleasures. He is often witness to events of the kind that shake the capital and may even have lasting consequences, though in time they are forgotten by everyone but scholars and political obsessives. Hess tells the story of a notorious remark Eisenhower made during Richard Nixon’s campaign to succeed him in 1960. At his weekly press conference, the president was asked about his vice president’s contributions to his administration. “If you give me a week, I might think of one,” Eisenhower said. The insult dogged Nixon for the rest of the campaign—indeed, for the rest of his career. Hess says he considers it “the most devastating blow to Nixon’s [unsuccessful] campaign.”

So why did Ike do it? Hess was puzzled then and still is. The day after the press conference, as the political damage spread, Hess asked John Eisenhower, the president’s son and a fellow staffer, what the president could possibly have been thinking. Eisenhower fils gave him a strained and implausible explanation. Ike, he said, was eager to wind up the press conference and intended to imply only that he would answer the question when he met with reporters again in a week’s time. Hess is skeptical. “The simple answer,” he writes, “was that the president had made a mean and thoughtless comment about the man who had been his loyal vice president for eight years.” The occasional pettiness aside, Hess’s view of his first great boss is glowing: “a genial, shrewd, optimistic, confident product of small-town Middle America.” No man is hero to his valet, says the proverb, but you couldn’t prove it by Washington bit players. They’re seldom cynical about the great figures they labor to make great.

Nixon lost in 1960, of course, but he lived to run again and win. Hess was with him—one of only four staffers from Eisenhower’s White House to return with Nixon in 1969. When he first met Nixon, in 1961, Hess still carried in his head “the Herblock caricature”: The beloved and inept Washington Post cartoonist always depicted Nixon popping out of a gutter, with a diabolical scowl and perpetual five o’clock shadow. Come to think of it, this is still the view that most Americans have of Nixon. Hess knows better. After Nixon’s loss in 1960, Hess wrote speeches and articles for him and found him “excessively generous, often splitting large fees.” Nixon admired writers, and his reading was broad and deep. One of Hess’s most curious Nixon stories involves Earl Mazo, a New York Herald Tribune reporter. After the 1960 election, Mazo published a series of articles documenting the voter fraud in Chicago and Texas that lifted John Kennedy to the White House. Before the newspaper series was through, Nixon summoned Mazo and implored him to cease and desist, for patriotic reasons. Mazo told Hess: “Continent-by-continent, [Nixon] enumerated potential international crises that could be dealt with only by the President of a united country.” The schemer who earned the nickname Tricky Dick would suffer his enemies’ dirty tricks for the good of the country. The more we know of Nixon, the less we’ll understand him.

Nixon brought three speechwriters to the White House with him—a liberal, a centrist, and a conservative—to capture his shifting moods and political direction. Hess instead chose to work as an aide to Nixon’s domestic policy czar, Daniel Patrick Moynihan, the liberal-turned-neoconservative-turned-liberal who later served three eventful terms as a United States senator from New York. One of Hess’s aides was Christopher DeMuth, later to gain fame as the reviver of the conservative American Enterprise Institute and the nation’s foremost student of the federal bureaucracy. Another was Richard Blumenthal, nowadays the left-wing senator from Connecticut. Even if it doesn’t happen often, there’s no rule against a bit player moving up in the world.

Hess, for his part, was satisfied with his peripheral position. The primary mood of his memoir is contentment. He has lived a useful and pleasant life among interesting and like-minded people in a beautiful and welcoming city. Contentment would seem to be a less common disposition in 21st-century Washington. We have fewer Prufrocks and many more agitators intent on marshaling the resources of the government to remake the rest of us in their own image. The effect is an atmosphere of perpetual disquiet. I wonder how many young Washingtonians will care about the events and personages Hess writes about with such wit and style. They should buy a copy of Bit Player anyway. Reading it, they might discover a modesty, a disposition toward the privilege of living here, that will make their lives—and ours—less troublesome. 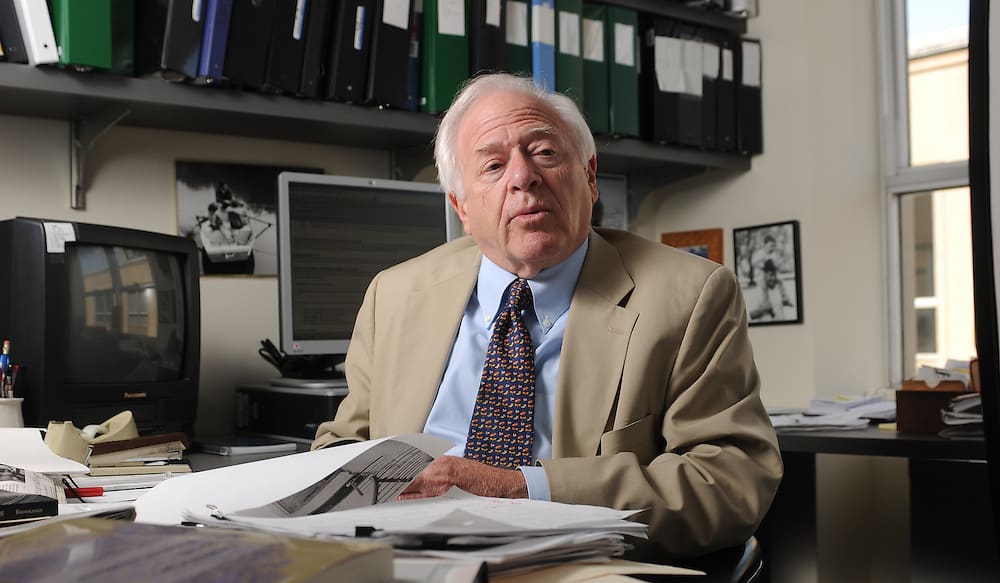