was saddened when I heard about the recent defenestration of the journalist Elizabeth Drew from the New York Review of Books, where she had been writing about Washington for many years. Drew embodies important elements in the life of the capital. She began her career nearly 60 years ago, covering Capitol Hill for Congressional Quarterly, an experience that gave her a high tolerance for wonkery. She went on to the Atlantic Monthly, where she learned to write long. From there she was plucked by the legendary editor William Shawn to succeed the legendary Richard Rovere as Washington correspondent for the—yes—legendary New Yorker. Working in a town and trade that rewards survival and resilience above all things, she herself has long since been declared legendary.

The no-longer legendary editor Tina Brown took over the New Yorker in 1992 and made it one of her first orders of business to fire Drew. Brown replaced her with the sometime journalist and full-time crank Sidney Blumenthal. Drew, as one befitting her stature must be, was an orthodox liberal, genus establishmentus, with none of Blumenthal’s crude and naked activism. Blumenthal saw journalism as a weapon. Drew used it as a means of maintaining the genteel status quo, drawing attention, in the fashion of Miss Manners, to the Republican barbarians who had breached the gates and put their feet up on the coffee table.

We will continue to be able to read Drew’s stuff at a website called project-syndicate.org, but it’s a step down from NYRB. (Actually, after the death of its founder Robert Silvers and under its new editor Ian Buruma, NYRB may be a step down from NYRB.) Drew deserves a more august perch than a website with a silly name. Her status in Washington is singular, not simply because of her longevity and magazine pedigree, and not because she has written 16 books, more than many of her colleagues on the Web have ever read.

I like to think of Elizabeth Drew as Washington’s Keeper of the Narratives. A narrative is an abstract story line that changes little over time and into which smart, progressive Washingtonians can plug contemporary personalities and events to make them understandable, whether by similarity or contrast. In this way, all educated, progressive Washingtonians know they will be reading, so to speak, from the same prayer book.

There are several Washington narratives, most of which have their roots in events going back no further than the 1950s. And so we have the Cuban Missile Crisis Narrative—a tale of derring-do in which a canny president, with the subtle counsel of a far-seeing aide, his brother perhaps, icily confronts our enemy and calls his bluff, thus saving the world from a horrendous fate. (The Cuban Missile Crisis didn’t really happen like this, of course, but narratives do not depend on historical accuracy.)

There is the Narrative of the Tragic Presidency, in which a gifted and strong but flawed leader boldly brings the country closer to the statist paradise even as his dark side drags it into an unwinnable quagmire. The Pentagon Papers Narrative showcases courageous whistleblowers and a press corps that will not be deterred in its pursuit of truth. There is the Narrative of the Divided White House, a hardy perennial, in which one group of aides, called “moderates” or “pragmatists” by the press, wages a war for the “soul of the presidency” against another group of aides, called “ideologues.”

Every administration gets suited up with the Divided White House Narrative at some point; Donald Trump’s is just the latest to succumb, and Ronald Reagan’s never outgrew it. The Pentagon Papers Narrative is also ongoing, most recently with Julian Assange as the hero, until he broke the narrative flow and became a bad guy, not at all like that brave Daniel Ellsberg. Bill Clinton’s White House was fit into the Tragic Presidency Narrative originally applied to the administration of Lyndon Johnson. Bill Clinton—able, smart, stuffed with charm, oozing political savvy—was shown lifting the country from the HWBushian darkness into the light of Democratic peace and prosperity even as he was brought low by his own personal Vietnam, who was wearing a thong.

More than once Barack Obama was draped in the Cuban Missile Crisis Narrative. His iciness was undeniable, though how canny he was remains an open question. But his far-seeing aide, John Kerry, was a Kennedy wannabe from Massachusetts, and when the time came to stare down the nuke-craving mullahs and call their bluff, Obama rose to the narrative by striking the Iran nuclear deal, thereby saving the world from cataclysm. It says so right here in the narrative.

Drew is handy with all these narratives, able to keep one spinning on the tip of a pool cue even as she balances another on her forehead while lifting a third with her big toe. As Keeper of the Narratives, though, she has particular responsibility for the crown jewel. Drew covered the Watergate scandal in weekly dispatches for the New Yorker and has been closely associated with it ever since. She even appears in the movie adaptation of All the President’s Men, which, although admittedly fictionalized and largely debunked, is to Washington narratives what the epic of Gilgamesh is to quest literature.

Drew’s Watergate articles became a book, called Washington Journal. I reread it the other day. It is droll, knowing, discursive, full of flavorsome detail, a worthy and appealing work of higher journalism. It is also animated by a subcutaneous vein of hysteria. Actually, it’s hysteria and delight all mixed together, for in Washington the two are always commingling. We Washingtonians are an excitable people. We feed off crises, draw strength from the Republic’s misfortune. I recall a remark from Ben Bradlee, editor of the Washington Post (yeah, he was legendary, too), during the Iran-Contra scandal of the late 1980s. The official position of the Washington establishment was that Iran-Contra, like Watergate before it, was a grave threat to the Constitution, indeed to the existence of self-government. No laughing matter, in other words. And yet: “I haven’t had so much fun since Watergate,” Bradlee said. That’s the emotional life of the capital, indiscreetly expressed.

And Drew is its truest representative. On the first page of her Watergate book, in an entry dated September 4, 1973, she told us: “Historic events are coming at us now with a swiftness and in a profusion never before experienced in our national life.” I am sure that every Washingtonian of Drew’s acquaintance—and she knows everybody—agreed with that statement at the time, despite the inconvenient fact that it wasn’t even remotely true. (Had they ever heard of the Civil War? The Great Depression? Two world wars? The spring and summer of 1968? Hell, what about the Panic of 1837? ) But this is the pitch of life when smart, progressive Washingtonians hitch themselves to the Watergate Narrative, as they have been doing over the last six months with the curiously ill-defined scandal involving President Trump and the Russians.

Elizabeth Drew, acting ex officio, is in the forefront, writing stylishly, drawing on her genuinely deep well of experience, to explain why Trump’s scandal is likely to unfold according to the familiar Watergate story line, “when we almost lost our democratic system,” as she once put it. As Keeper of the Narrative, she has even delighted her fellow Washingtonians by daring to entertain the giddy pleasure of President Trump’s possible impeachment. Judged on the facts in hand, such a possibility is inconceivably remote, but how thrilling it is to think it! The Narrative demands nothing less, and the job of its Keeper is to show us the way. 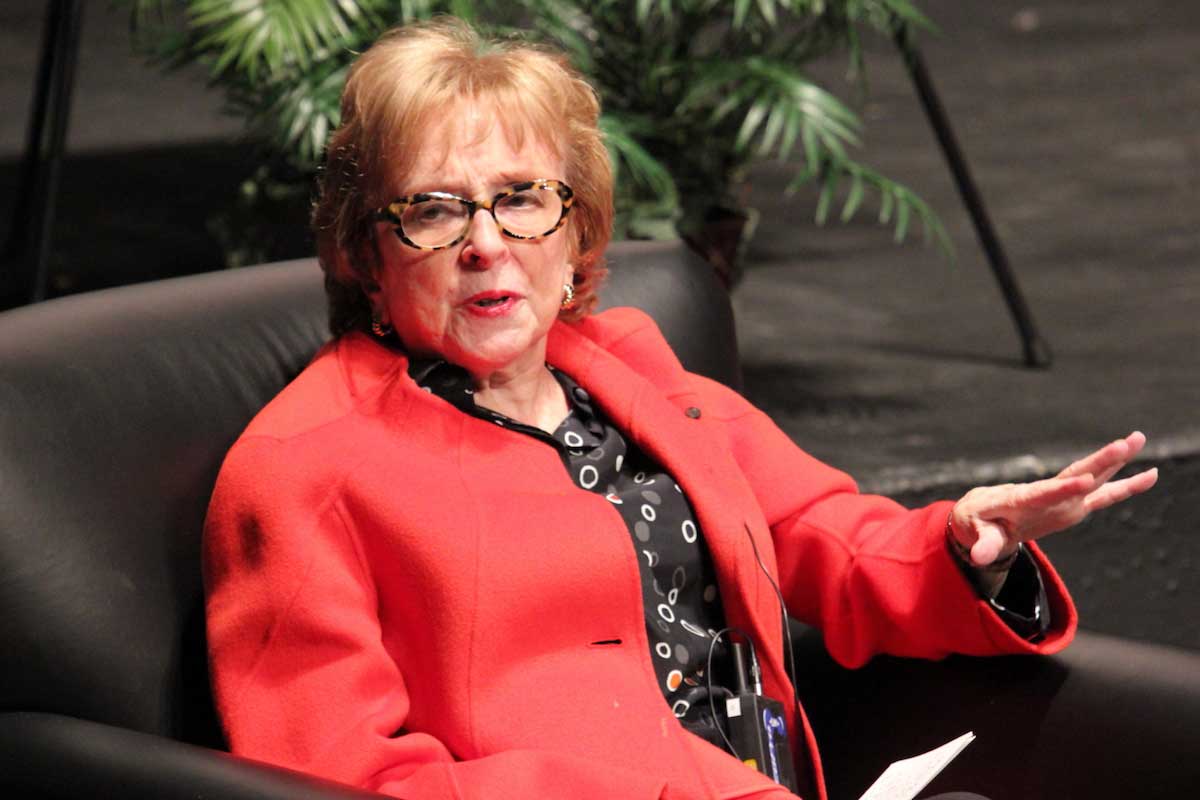