“I found it very odd being turned out of power just at the moment when I imagined I would be able to reap where I had sown,” Winston Churchill wrote about his 1945 general-election defeat to his old friend Hugh Tudor in January 1946, “and perhaps bring about some lasting settlement in this troubled world.” He then considered the Second World War, writing, “What a wonderful thing it is, looking back, to see all we have survived. All the follies that England commits in time of peace did not prevent her true greatness from shining forth in the hour of need. And now, although other perils can be discerned, we may at least say that the German danger is behind us.”

This is one among several hundred letters that appear in the 2,232 pages of Hillsdale College’s 22nd volume of The Churchill Documents, Martin Gilbert and Larry Arnn’s stupendous compendium of every major document that crossed Churchill’s desk. This volume contains all such material between the 1945 election and his return to the premiership in October 1951. It is a curiously under-examined part of Churchill’s career, yet it encompassed the dropping of the atomic bombs on Japan and her subsequent surrender, his Iron Curtain speech in Missouri, the partition of India and the creation of the State of Israel, the Berlin airlift, and the founding of NATO and the European movement, upon all of which Churchill took important stances.

These pages confirm that President Harry Truman, whose administration distanced itself from the Iron Curtain speech as too anti-Russian immediately after Churchill delivered it in 1946, was fully conversant about what it contained, even though he denied it at the time. “I did not consult the President on the exact text of my speech at Fulton before I finished [writing] it,” Churchill told Clement Attlee, the Labour prime minister, the day after delivering it. “But he read a mimeographed reproduction which was made on the train in its final form, several hours before I delivered it. He told me he thought it was admirable and would do nothing but good, though it would make a stir. He seemed equally pleased during and after.” Once Congress and the American media attacked the speech, however, Truman quickly backtracked.

One of the great strengths of this tremendously scholarly and comprehensive volume is that it contains the important letters sent to Churchill as well as from him. The continuing debate over the bombing of Dresden in February 1945 will be informed by one letter sent by Air Chief Marshal Sir Arthur “Bomber” Harris on July 20, 1950, which recalls why it had to take place.

“My dear Great Man,” Harris wrote to Churchill, who was writing about Dresden in his war memoirs:

Intelligence information, and military talk generally then, stressed the Nazis’ probable intention to withdraw what they could of their failing forces to their so called “Southern Fortress” where…the Nazis intended a final fight to the death. It would have done them no good…but, had it materialised, it would certainly have caused the Allies additional and perhaps large casualties. Dresden and the area round it formed about the only remaining operationally intact centre of rail and road communications available to the Nazis…between the converging Allied fronts, and that lent colour to the assumption that that centre would be used, and was probably then being used, for the collection, marshalling and despatch of picked Nazi troops.

Harris went on to mention other reasons for choosing the city, such as that “the Russians had indicated Dresden amongst other places as a desirable target to assist them in getting forward.” He added: “My answer to the ‘Why Dresden?’ critics is, in brief: ‘Why not?’… I personally never thought even the last intact brick in Germany worth the life of one Allied soldier. Neither do I now.”

There is plenty of humor in this volume, such as a quip made by Churchill’s literary agent, Emery Reves, in January 1949 concerning the vigorous protests made by two Gallic military officials, Maurice Gamelin and Maxime Weygand, against their depiction as hapless incompetents in Churchill’s war memoirs. “It seems that your memoirs have aroused the aggressive spirit of the French generals which was so sadly lacking in 1939,” Reves remarked.

There are surprises as well. Only two years after Hiroshima and Nagasaki, for example, Churchill was writing to Douglas MacArthur in Tokyo that “in spite of what happened in the war, I have a regard for the Japanese nation and have pondered upon their long, romantic history….I am so glad you have been able to raise them up from the pit into which they had been thrown by the military castes, who only had a part of the facts before them. They ought to be our friends in the future.”

Churchill’s support for the nascent State of Israel shines through in this volume, especially in his opposition to jet-fighter sales to Egypt in April 1950 and his insistence that oil tankers be allowed through the Suez Canal to the Haifa refinery. “It was with real gratification that I learned of His Majesty’s Government’s decision to extend de jure recognition to Israel,” Chaim Weizmann wrote to Churchill the following month. “I feel I ought to tell you how impressed I was by your understanding of an aspect of the situation borne out by your reference to arms supplied to Egypt. There is no doubt that the man in the street, as well as the Government here, are anxious and apprehensive.”

Churchill’s Zionism contrasts impressively in this volume with the latent (and occasionally blatant) anti-Semitism of much of the rest of the British establishment. During the same debate in which Churchill stood up for the Jews, the Tory MP Major Sir Edward Legge-Bourke stated, “May I say to the honorable gentleman that I consider the de jure recognition of Israel to be the most hideous betrayal of all those men who fought in Palestine in the past?”

This is the penultimate volume in what will be generally considered one of the great publishing achievements of the era. Larry Arnn and his team at Hillsdale, including Richard Langworth and Soren Geiger, can be very proud. 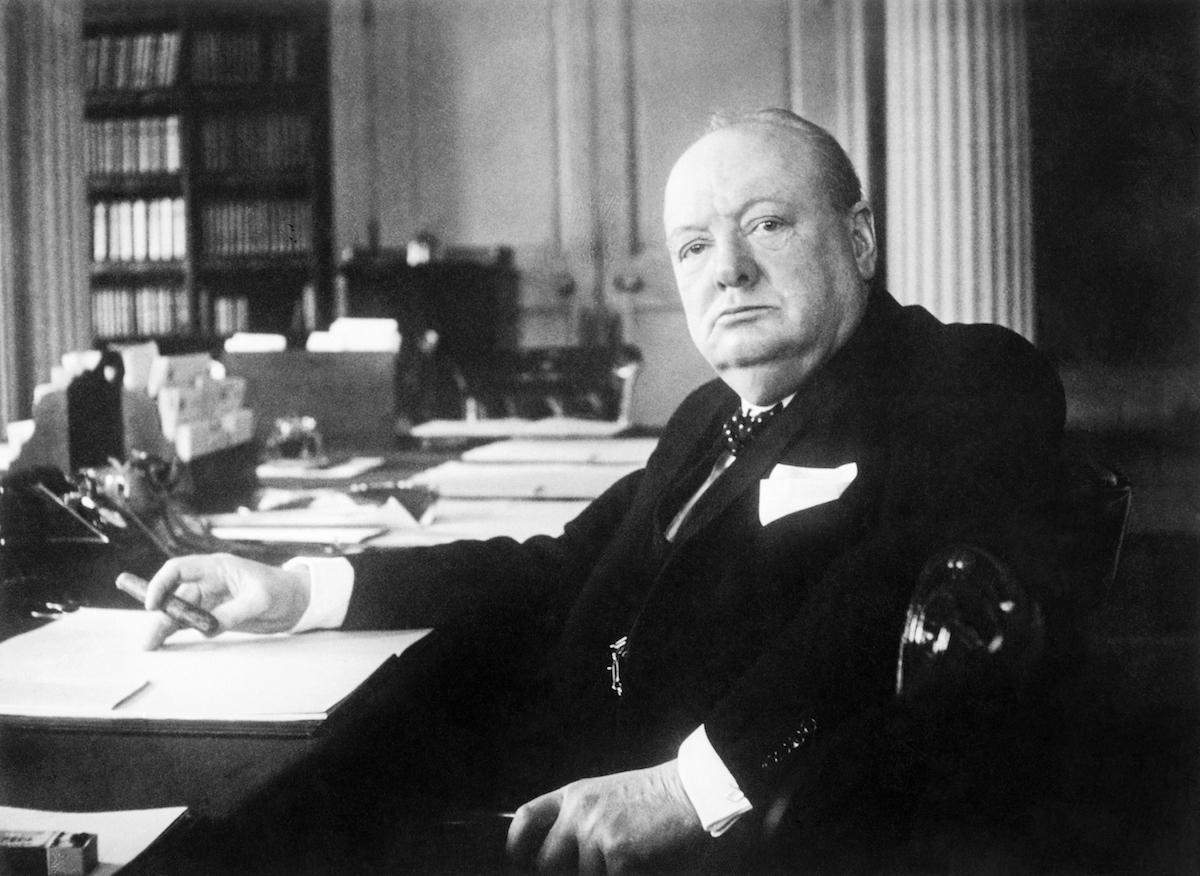