illsdale College in Michigan has taken on the herculean task of editing the written raw material of the life of Winston Churchill, what are known as the companion volumes to Randolph Churchill and Sir Martin Gilbert’s official biography. These comprise every important document of any kind that concerns Churchill, and the present volume, the 19th, which covers the seven months between September 1943 and April 1944, is 2,752 pages long, representing an average of more than 11 pages per day. 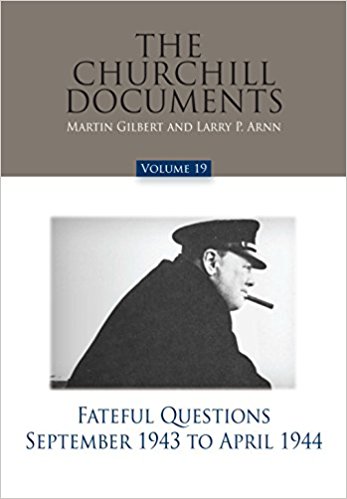 “As we edit the documents,” states Richard M. Langworth, one of the senior editors of this mammoth project, “we are struck by the sheer volume and variety of issues Churchill confronted. Those who criticize his sometimes bizarre notions or impatience with subordinates have never begun to consider the enormity of his task.” As World War II didn’t end until 17 months after the end of the period covered by this present volume, whereupon Churchill lived for another 20 years, it is impossible not to stand amazed at the enormity of Hillsdale’s task as well. Every single person mentioned is footnoted extensively. Additionally, the editors provide scholarly explanations of everything a reader might need and many excellent maps. This is truly a magnificent project and a fitting monument to its subject.

As the previous volume ended, the Allies were about to invade mainland Italy. This one covers the slow painful slog up the Apennines, the fall of Mussolini, the plans for Operation Overlord, the problems of dealing with a now-victorious Stalin, the issues raised by Japan and the Pacific War. It also documents an increasingly testy relationship between Churchill and Roosevelt, as they no longer saw eye to eye over the relative merits of the present Italian campaign versus the impending one in France. Hundreds of further letters cover the problems that crossed Churchill’s desk, such as postwar planning, parliamentary business and ministerial appointments, what to do about the Italian navy after it surrendered, and so on. When Churchill is criticized by revisionist historians over what to do about, say, the terrible famine in Bengal, they often forget the multitude of other issues with which he had simultaneously to deal.

This book will also confound those historians who continue to argue that Churchill wanted to escape from having to undertake Operation Overlord at all. Here is a telegram from Churchill to his foreign secretary, Anthony Eden, written on October 29, 1943:

There is of course no question of abandoning ‘Overlord’ which will remain our principal operation for 1944. The retention of landing-craft in the Mediterranean in order not to lose the battle of Rome may cause a slight delay, perhaps till July, as the smaller class of landing-craft cannot cross the Bay of Biscay in the winter months and would have to make the passage in the Spring. The delay would however mean that the blow when struck would be with somewhat heavier forces. We are also ready at any time to push across and profit by a German collapse.

Churchill’s Zionism set him apart from most of his cabinet colleagues and civil servants, whom he suspected of backsliding on issues relating to a Jewish national homeland in Palestine. Here is an entirely typical memo to the cabinet secretary, Sir Edward Bridges, also from October 1943: “It must be more than three months since the War Cabinet decided that a special committee should be set up to watch over the Jewish question and Palestine generally. How many times has this Committee met? Pray report to me the action that will be taken.”

Churchill’s wonderful capacity for inspiring people is also well to the fore. There is, for example, this goodwill message to six Indian Fellows of the Royal Society: “It is the great tragedy of our time that the fruits of science should by a monstrous perversion have been turned on so vast a scale to evil ends,” he told them. “But that is no fault of science. Science has given to this generation the means of unlimited disaster or of unlimited progress. When this war is won we shall have averted disaster. There will remain the greater task of directing knowledge lastingly towards the purposes of peace and human good. In this task the scientists of the world, united by the bond of a single purpose which overrides all bounds of race and language, can play a leading and inspiring part.” These were hardly the sentiments of the vicious racist that the revisionists describe.

The ruthless side of Churchill, however, is highly visible in this volume. By early 1944, it had become clear that the Red Army’s victories on the Eastern Front meant that Poland’s eastern border was not going to return to the pre-1939 lines. So Churchill told Eden on January 7 that the Poles “must be very silly if they imagine we are going to begin a new war with Russia for the sake of the Polish Eastern frontier.” He went on: “Nations who are found incapable of defending their country must accept a reasonable measure of guidance from those who have rescued them and who offer them the prospect of a sure freedom and independence.” Just as harshly, discussing the bombing of Bulgaria during peace negotiations with Sofia, Churchill told President Roosevelt on February 11: “If the medicine has done good, let them have more of it.”

He was also exacting. A note to Eden later in February reminds us just how much Churchill dwelled on semantics. He told his foreign secretary:

We “invade” all countries with whom we are at war.

We “enter” all subjugated Allied lands we wish to “liberate.”

With regard to a country like Italy with whose Government we have signed an Armistice, we “invaded” in the first instance but, in view of the Italian co-operation, we must consider all further advances by us in Italy to be in the nature of “liberation.”

His was, of course, beset by larger annoyances. The irritation constantly caused by General Charles de Gaulle to both Churchill and Roosevelt is a recurring theme in this book. Churchill sent a message about the Frenchman to FDR in April 1944 in which he referred to his ancestor, the First Duke of Marlborough: “If he asks whether I will receive him if he comes I will incline my head with a complete suavity and with all that is required by the etiquette of the Eighteenth Century. This is farther than the great Duke would have gone. Don’t you think so?”

Fortunately, we can look forward to several more of these volumes, which allow us to peer into the infinitely capacious mind of one of the greatest men of the 20th century. This noble Hillsdale project reminds us that some leaders are indeed capable of “the greater task of directing knowledge lastingly towards the purposes of peace and human good.” 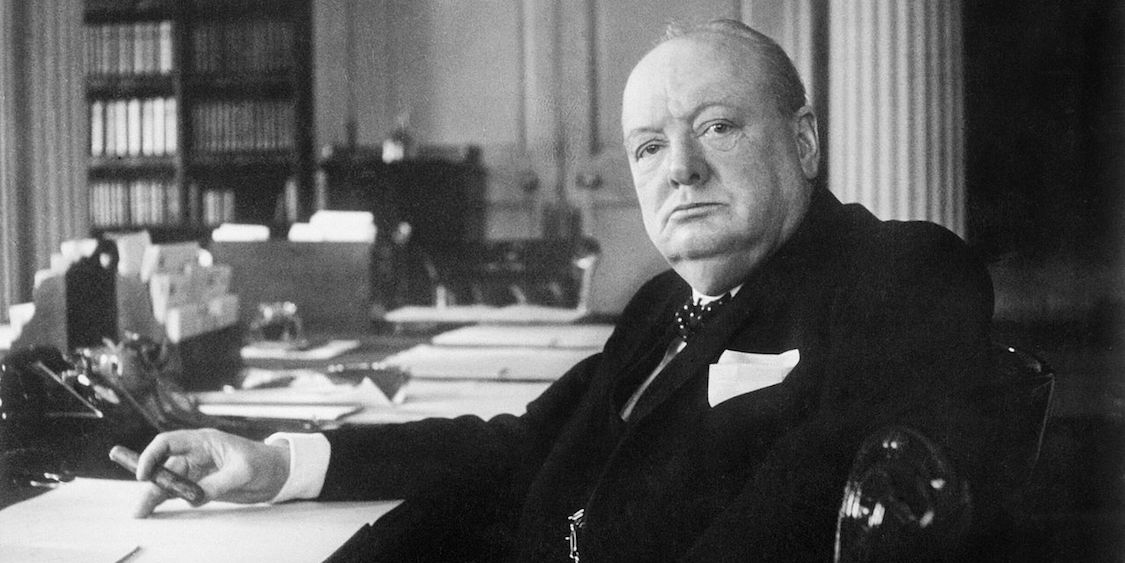