uch has been written about Winston Churchill’s use of English—poetic, old-fashioned, epigrammatic—but nothing written about it quite equates with simply reading his letters. He won the Nobel Prize in Literature for his books, yet somehow his day-to-day correspondence was even better. He was constitutionally incapable of writing a boring sentence. His speeches were also sublime at their best, of course, but he knew during World War II that he was orating for the ages, whereas in his correspondence he wrote in the moment, usually under pressure, often trying to persuade, insist, or cajole.

That is why One Continent Redeemed, a vast book of almost 2,500 pages collecting the works he wrote and spoke from January to August 1943, is such a joy. One can row out into any part of it, cast a bucket over the side, and bring up a nugget every time, with no need for sifting. 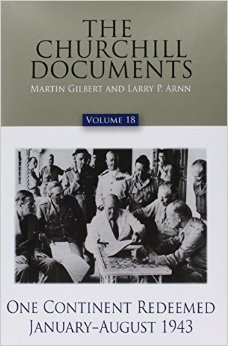 The continent mentioned in the title is Africa, which was purged of German and Italian soldiers by May 1943 after General Montgomery’s victory at El Alamein in early November 1942 and the simultaneous Operation Torch landings of Americans and Britons in Morocco and Algeria, who went on to capture Tunis. The Atlantic Ocean was also reclaimed during this period, with German U-boats being sunk in large numbers by the late summer of 1943.

Months before Africa was cleared of German Afrika Korps and Mussolini’s Italian soldiers, the most senior British and American military and political leaders met in Casablanca in Morocco in January 1943 to plot the next steps in their campaign to destroy Hitlerism. This book opens with the planning for that conference and closes with Allied forces having captured Sicily and about to land on the toe of Italy.

Meanwhile, redeeming their own half of the European continent, the Russians had won the battle of Kursk and were sealing the fate of the Third Reich in the east—a campaign Churchill watched closely, not least because it affected the date of the eventual landing in Normandy. This volume therefore covers the moment when the tide of war turned against the Nazis, though of course no one could have been certain at the time that it might not eventually turn back.

Churchill’s ebullient personality and will to victory is evident on almost every page.


As an illustration of Churchill’s almost deliberately atavistic use of language, here is his telegram to President Franklin D. Roosevelt on January 7, 1943, discussing the forthcoming Casablanca Conference, in which he advocated considering Marrakesh as an alternative conference destination. “I stayed there for a month in January 1936 and thought it one of the best places I had ever struck,” Churchill wrote. “Anyway there is not harm having it under our lee.”  The aesthete Sir Harold Acton noted with approbation that Churchill constantly used words like “foe” when everybody else used “enemy”; “struck” and “under our lee” were much the same kind of old-fashioned affectations that somehow concentrate attention on what Churchill is saying.

“Last night we went back with 370 machines and threw 700 tons upon Berlin,” Churchill wrote to Josef Stalin on March 30, 1943. “The first reports show excellent results.” For all that later in the war Churchill wondered whether they had taken the aerial destruction of German cities too far (“are we beasts?” he once asked). In the period covered by this book, he was keen to boast about it to Stalin, not least in an attempt to put off having to open up a second front in northwest Europe with a cross-channel attack of the type that eventually morphed into D-Day the following year.

The letters in this volume were sent to everyone in the high commands of all the Allied countries. Churchill’s ebullient personality and will to victory is evident on almost every page. Although relations between Churchill and Franklin Roosevelt were generally excellent during this period, there was one area in which the prime minister could be made incandescent in rage by what he saw as American interference in a purely British imperial matter.

That was over the treatment of Mahatma Gandhi, who in early 1943 was imprisoned (albeit in huge luxury in the Aga Khan’s palace) and on one of his hunger strikes. The toughest letter on the issue in the volume was sent to Churchill, however, rather than by him. Leo Amery, the British secretary of state for India, complained to the prime minister that FDR’s personal representative in India was pressuring the viceroy of India, the Marquis of Linlithgow, to accede to Gandhi’s demands sooner than have him starve to death. “We once had to withdraw our ambassador from Washington for a far less direct intervention in American politics,” Amery wrote, in a reference to Sir John Crampton’s withdrawal in 1856 for enlisting Americans to fight in the Crimean War. “I do hope you will make it clear to the president that his people must keep off the grass.” They did, and Gandhi—who had no intention of pushing his strike to actual starvation—lived to strike another day.

This 18th volume of The Churchill Documents is the latest manifestation of a truly remarkable publishing phenomenon. It was carefully edited and brilliantly annotated by Martin Gilbert, Churchill’s extraordinary biographer, until his recent death. It is now being shepherded by Larry P. Arnn, president of Hillsdale College, and will comprise nothing less than the entirety of Churchillian correspondence when it is finished a few years hence. Gilbert and Arnn consider these “companion volumes” to the biography of Churchill on which Gilbert labored for nearly 50 years. The biography runs to 25 volumes now with another seven envisaged before its completion; it is already the longest work in the English language and perhaps in any language.

Arnn and the Hillsdale College Press deserve the highest honor that American academe and society can bestow for carrying on this vital publishing project after Sir Martin’s untimely death, not least because it must involve heavy financial costs as the books are huge and attractively produced. No serious historian of World War II can be without this volume or its predecessors. The endeavor is an ongoing proof of the glories of the civilization for which Winston Churchill fought. 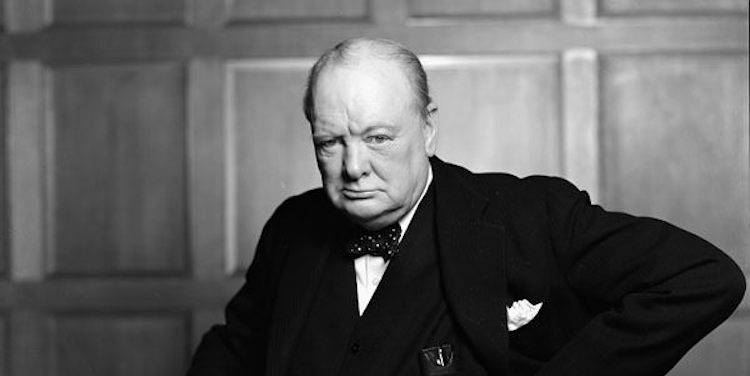