ohrab Ahmari’s polemic against the contemporary art world is angry, witty, uncompromising, and utterly unanswerable. He punctures the unbearable pomposity and dreary predictability of what he calls the New Philistines, often by using their own words against them. The New Philistines is a wonderful read despite the essentially depressing nature of the phenomenon he describes: “the relentless identity-politicization of the arts.” 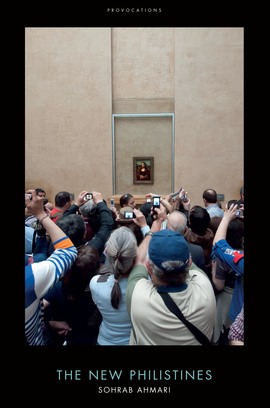 Ahmari, an editorial writer for the Wall Street Journal in London and a contributor to Commentary argues that “Western art no longer fulfils its central role . . . to serve as a mirror and depository of the human spirit.” This is because present-day identity politics have suborned the purpose of art, which was to find beauty and truth, and have replaced it with a political agenda based on “a heady mix of radical feminism, racial grievance, anti-capitalism and Queer Theory.” (The last derives from post-modernist French philosophy, like so many other things that are wrong with the world.) Ahmari dubs the purveyors of this new theory of art “Identitarians,” one of several neologisms in this tremendously entertaining and thought-provoking book.

This is no curmudgeonly rant against modern art; instead it is a reasoned but impassioned essay arguing eloquently and convincingly that “the things that are going wrong with art now are qualitatively worse than all that came before.” Indeed Ahmari is noticeably soft on Modernism, which he believes at least “felt the weight of the old aesthetic and moral standards, even when rebelling against them.” By contrast, of the New Philistines, he says: “Today’s art world isn’t even contemptuous of old standards—it is wholly indifferent to them . . . . Sincerity, formal rigor and cohesion, the quest for truth, the sacred and the transcendental—none of these is on the radar among the artists and critics who rule the contemporary scene.” Instead, Identitarians are obsessed with “a set of all-purpose formulas about race, gender, class, and sexuality on the one hand and power and privilege on the other.”

Ahmari himself is an Iranian-born American, a Muslim-turned Catholic living in London. He therefore understands well from personal experience how the identikit way of thinking about race and religion of the Identitarians “denies individuality and agency.” “Everyone becomes a political type or a stand-in for an ideological cause.” Yet as he himself shows, the one-size-fits-all approach of the New Philistines does not make space for people who cut across stereotypes: “For all its claims to ‘transgressiveness,’” he argues, “identity art is drearily conformist.”

The examples he gives are many and varied and funny when they’re not depressing. A recent performance of A Midsummer Night’s Dream in London’s Globe theatre had Shakespeare’s lines rewritten by its new director, Emma Rice, so that “Away, you Ethiope” was changed to “Get away from me, you ugly bitch!” Rice even inserted the concept of rape culture into the play, rather than the love-potions that Shakespeare actually wrote about. As Ahmari puts it: “Rice shrunk Shakespeare’s big insight—into love’s power to radically change our perception—down to PC cant, fit for little more than a college dorm sensitivity training.” It gave Ahmari what he calls “soul-nausea” to watch a much-loved comedy being destroyed on stage by the egomaniacal Rice, who went so far as to tell the Guardian, “I bring story, I bring humanity, I bring event and I bring wonder,” while in fact just bringing contempt for dead white European males. (She wants to bring 50/50 gender equality on stage to every performance, regardless of the ramifications for storytelling, performance, and meaning.)

The Italian Marxist philosopher Antonio Gramsci wrote of how the left needed to command all the institutions of society, not just the political and economic ones, if it were to bring about the socialist utopia, and that everything must be made political whether it genuinely is or not. Ahmari makes a convincing case in arguing that the leading art critics and power-brokers are conforming to Gramsci’s demand. Coming from Iran, where the theocratic state police used black marker pens to cross out pictures of Renaissance nudes in art books, Ahmari can spot totalitarian instincts better than most.

“What I take issue with,” he writes at once point, “is the veneer of faux-complexity and inaccessibility that masks a poverty of good ideas.” He is absolutely in his element in analyzing the pseudo-intellectuality of Michelle Kuo, the editor-in-chief of the magazine Artforum, who says things like: “The sheer incommensurability of voices shows us something of the impossibility and the infinitude of what we think we are.” Unsatirizable.

Ahmari shows how, as he puts it, “the Identitarians celebrate individual difference, so long as you are different in the same way.” They aren’t happy, therefore, with Caitlyn Jenner, because despite his crossing genders, he’s a white Republican, or with the Palestinian-Danish poet Yahya Hassan who has mocked Islamism. Ahmari explains how what he calls “the grievance Olympics” works, with competing groups of people using the art world to complain about real or imagined abuses they have suffered at the hands of the evil white establishment. In so doing, he provides a useful lexicon of what is meant in the art world by words like “sectionality,” “visibility,” and “legibility,” now all highly loaded political terms. As he perceptively states about Marxist theory: “No idea or sentiment is universally true—except Marxism, of course, which is miraculously exempt from the iron law of history that it imposes on every other idea.”

If you attend exhibitions in art galleries or museums, go to the theater or movies, or read novels, or enjoy installations, performance art, or videos, you should read this book to recognize the subtle ways that the New Philistines are perverting and cheapening our culture. And if you do not do so, you should read this book so you know what’s coming next for what you love. 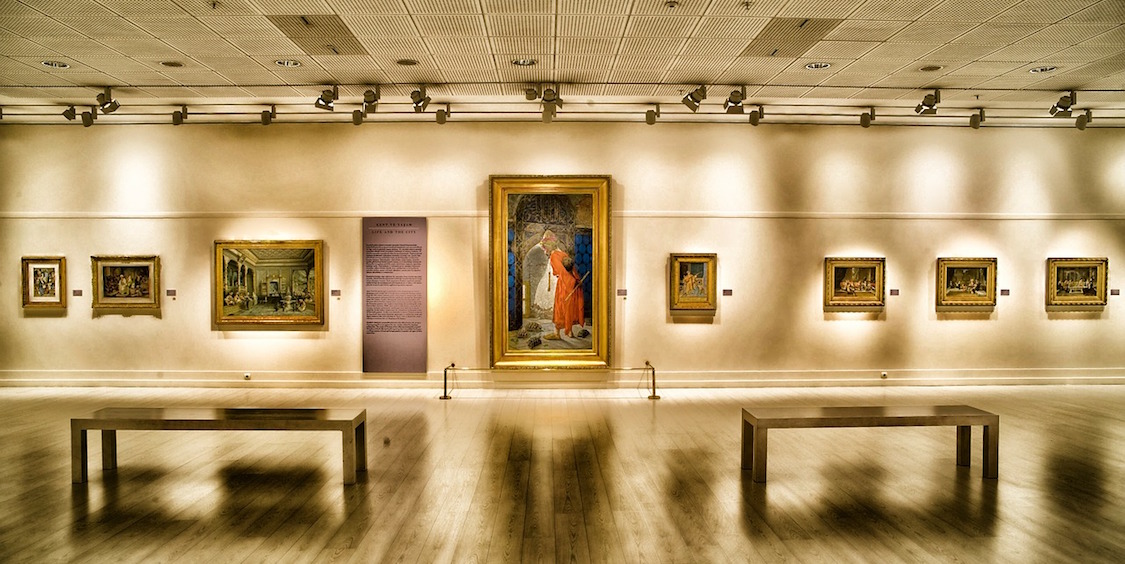