t has been 45 years since a single bolt failed in a critical gate at Attica Correctional Facility in upstate New York, allowing 2,200 convicts to pour into an exercise yard and then into history. Pausing only long enough to fatally beat a guard, they took 42 hostages and, with them, partial control of the prison.

Four days and 50 minutes later, in a blaze of tear gas and gunfire, New York state retook the prison—a horrifyingly violent yet ultimately necessary exercise.  When it was over, 29 convicts and nine hostages (prison guards and civilian employees) had been shot dead. Eighty-nine others, mostly inmates, lay wounded. And a bitter, decades-long debate began.

Now comes University of Michigan historian Heather Ann Thompson to stir the Attica pot one more time with a new history called Blood in the Water. She spent 13 years at the task, and her paving-block of a book might hold some interest to those scores of millions of American not yet born when the riot erupted and was suppressed. In the end, though, Thompson mostly adds detail to an oft-told tale—sometimes fluidly and dramatically, to be sure, but in no real way significantly.

Thompson fails to put the rampage in proper historical and cultural context, so one of the signal events of a tumultuous time emerges shorn of critical nuance. Her account is long on sympathy for inmates and their champions, but light on insight into what might have caused prison administrators and state officials to react to the challenge as they did. What transformed an unexceptional prison riot into the culturally iconic bloodbath that it became? Readers looking for balanced answers will be hard-pressed to find them here.

The fact is that Thompson wears her politics on her sleeve. She doesn’t like Republicans, especially then-Governor Nelson Rockefeller. (Richard Nixon and his crew hover menacingly in the background.)  And the more radical the player (hard-left lawyer William Kunstler, say, or Black Panther leader Bobby Seale, both “citizen observers”), the more favorable the tilt. Rioters are rarely “inmates” and never “convicts”—terms that suggest individual responsibility for their condition. Rather they mostly are “prisoners,” which vaguely hints at noble victimhood.

And, of course, Thompson presents Attica variously as an “uprising” and a “revolt,” rather than what it actually was: an opportunistic event that deposited 2,200 thoroughly startled inmates, virtually all serving well-deserved sentences, into a prison exercise yard along with 42 justifiably terrified hostages.

This isn’t to suggest that the inmates didn’t have legitimate complaints. They did. Nor that the response to the riot was in any way coherent or disciplined. Surely it was not, and the consequences were calamitous. But all of this is well-trod turf. The literature on Attica is vast, and the danger of one more popular history—especially one coming 45 years after the fact—is that it will be presented in a historical vacuum. This one is, and it’s Thompson’s fault.

Readers would scarcely know that Attica was shaped, if not inspired, by a tempestuous decade-plus that began with the assassination of John F. Kennedy eight years earlier and would end with the resignation of Richard Nixon three years hence.

Attica came five years after race-driven riots blistered many American cities; three years after the assassinations of Dr. Martin Luther King Jr. and Senator Robert F. Kennedy and the Chicago political-convention riots; and a year after the shootings at Kent State University. Fold in a roiling anti-war movement and rising racial tension generally, and you have one of the more contentious periods in American history.

Perhaps more to the point, Attica erupted just two short weeks after the death of Black Panther co-founder George Jackson as he attempted to escape California’s San Quentin prison. That killing effectively completed a radicalization, if not a racialization, of the American penal debate.

No surprise, then, that Thompson presents Attica as a racially driven event. There is some truth to that notion; certainly the majority of the convicts were black or Hispanic, and the prison administrators, guards, and state troopers who retook the facility were overwhelmingly white. Mutual racial animus was common.

But this view misses a critical point, which is that the rationale for harsh conditions at the core of the riot dated to the mid-19th century and long preceded racial imbalances in New York’s prison population. Austerity and penitence were the governing principles behind incarceration—hence, penitentiary—and while those ideas were both deplorable by modern standards and unlikely to have survived America’s civil-rights revolution, they were not racially discriminatory.


This was a distinction without much practical difference that September. Violent disturbances recently had occurred in New York City’s jails and at Auburn Correctional Facility, 100 miles from Attica. And radical rhetoric was raising cell-block tension generally. That is, there was plenty of warning of what was coming, even if prison administrators were oblivious to it.

So when the explosion came, the entire Rockefeller administration—the governor himself, Corrections Commissioner Russell Oswald, Attica Warden Vincent Mancusi, the State Police, and the National Guard—was out to lunch. Here Thompson shines, describing a government paralyzed both by ignorance of critical details and a shocking absence of protocols for confronting politicized prison riots.

The incoherence functionally precluded a peaceful resolution of the affair and ensured that when the end did come, it would be far bloodier than necessary. But while sins were committed, that was more out of incompetence than malevolence.

All of this was on Rockefeller. But, to balance the ledger, he was also responsible for maintaining order at New York’s 20 other prisons and their 12,200 increasingly restive inmates, the majority convicted of violent crimes, and most having served prior sentences. Who knows where surrender to Attica inmate demands, especially for prosecutorial amnesty, would have led?

Justifiably or not, Attica’s recapture actually set a tempering example. New York’s next major prison disturbance didn’t occur until January 1983, and it was expeditiously resolved. Then-Governor Hugh Carey and his brilliant prisons commissioner, Thomas Coughlin, had by then remade the system into the national model that it is today.

Thus, for all practical purposes, Attica is a historical event akin to New York City’s Civil War–era draft riots—a heavily racialized horror story, but with only academic contemporary relevance. Attempts by Thompson (and her reviewers) to link the riot to more timely topics—America’s so-called “mass incarceration epidemic,” for example—are unconvincing.

New York’s maximum-security prisons 45 years after Attica are troubled places. But as was the case before the riot, the blame resides as much with the character and behavior of the inmates as with anything else. Crime comes with consequences, as it must. 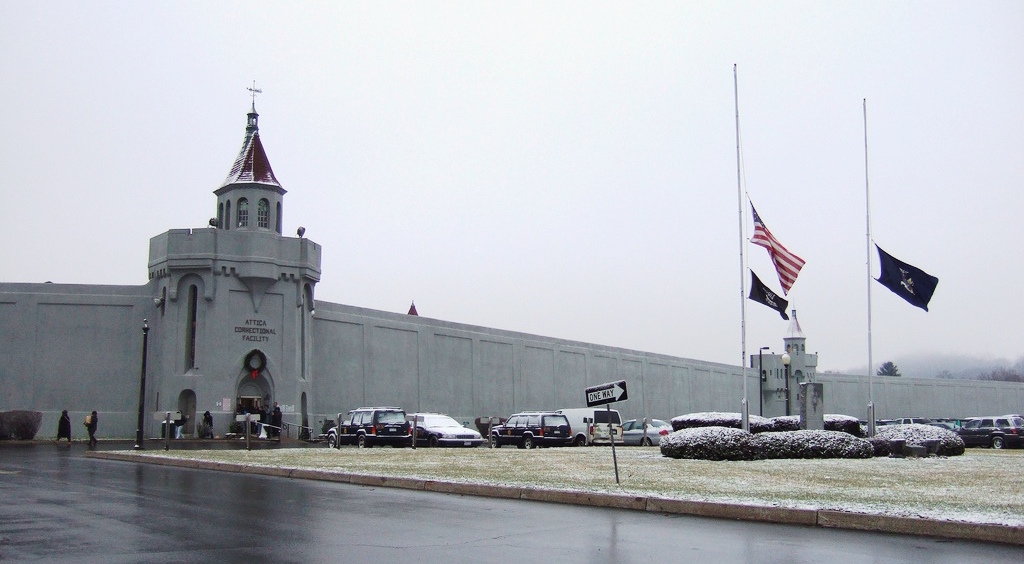