By the end of his presidency, President Clinton had fallen into the habit of declaring that Americans should approach the 21st century with optimism since more people lived in democracies than ever before. Now it appears the seemingly inexorable advance of freedom around the globe was a mirage. Rather than witnessing the further spread of liberty, we have suffered a worldwide recession of freedom.

The Middle East remains a largely barren landscape of autocracy. In The Problem of Democracy, Shadi Hamid argues persuasively that the desolation of politics in the Middle East is not unrelated to the wider crisis of democracy. A senior fellow at the Brookings Institution and a student of political Islam, Hamid is well positioned to examine the recent evolution of the United States and the role that its relationship with the world of the Arabs has played in that evolution.

After decades of nurturing and facilitating a culture of tyranny in Arab-Muslim lands, Hamid argues, the United States has grown susceptible to an anti-democratic fever of its own. “Existential politics”—in which citizens don’t respect the outcomes of democratic elections that go against their wishes—is no longer confined to the austere redoubts of the Middle East. It has put down roots almost wherever citizens enjoy the franchise. “It is the problem of democracy,” Hamid laments.

For proof that mature representative democracies have ceased to be global trendsetters, one need only look at the rapid growth of anti-democratic ideology in what used to be known as the free world. Poisoned by “negative partisanship” and noxious conspiracy theories, democratic politics today regularly displays a paranoid style teeming with malice and bigotry. That is true in America as well, Hamid writes, where Americans in both parties “are doubting both their own democracy and the democratic idea itself.”

By drawing on the experience of the Middle East, Hamid offers a new and original contribution to what has become an entirely conventional argument. In the postwar period, presidents of both parties sought “stability” in this region through a web of partnerships with friendly if unsavory autocrats whose militaries and secret police are maintained by American largesse. In his view, the confluence of American aid and Arab repression has bred an illusory stability that actually runs counter to those interests. Hamid proposes a compact that would reverse the myopic policies that have helped reduce the Middle East to a political slum. “The organizing principle in any ‘democracy-first’ strategy,” he writes, “is discouraging repression wherever possible, through either positive incentives or punitive measures.”

In this vision, fostering political pluralism in the world’s least democratic region would be concentrated not on America’s enemies but on its friends. It is the servile regimes of the Gulf and Egypt over whom the United States wields greater leverage and who, Hamid argues, “need us more than we need them.” The specter of Islamists claiming control through free elections has been the reason American administrations have supported some Arab autocrats who squelch any movement toward representative rule. While reading The Problem of Democracy, I kept recalling Abraham Lincoln’s 1854 speech at Peoria on the Kansas-Nebraska Act, in which the greatest American statesman declared his hatred of slavery on the grounds that it deprived “our republican example of its just influence in the world.”

The depravity of involuntary servitude, Lincoln argued, diminished the United States in various ways. It enabled enemies of freedom to taunt America “with plausibility” as being hypocritical while causing friends of freedom to doubt American sincerity. And it forced many Americans into “an open war with the very principles of civil liberty.”

If America’s betrayal of the democratic ideal over slavery defiled its banner then, a similar phenomenon may now be playing out in reverse, with America’s neglect of the democratic ethic in the Middle East aggravating Americans’ loss of faith in democracy at home. For Hamid, restoring America’s “just influence” in the world while resolving, or at
least ameliorating, its core dilemma requires cutting liberalism loose to allow the United States to focus on defending democracy tout court. This “democratic minimalism,” he explains, would “privilege democracy, with its emphasis on the preference of majorities or pluralities through regular elections and the rotation of power, over liberalism, which prioritizes individual freedoms, personal autonomy, and social progressivism.”

Hamid believes that his minimalist conception of democracy “with no prejudice to substantive ideological outcomes” is the way out of our democratic dilemma. I do not think this is a compromise Americans can make, at least not while retaining fidelity to the philosophy of the Founding. In the Declaration of Independence, Americans affirmed that their republic was dedicated to a proposition. The proposition was not majority rule, but that all persons are created equal in their possession of natural rights.

The only way Americans could affirmatively support such a limited agenda is if their own commitment to democracy becomes attenuated. This is, in part, what Hamid argues. But an America that no longer believes in our republican virtue will not care, even in a limited way, about the political, moral, or spiritual condition of other lands. Even Hamid’s minimalism will be too activist for that America. So why settle for it now, when the fight for America’s own positive sense of its own political tradition is raging so fiercely?

Brian Stewart is a political writer living in New York. 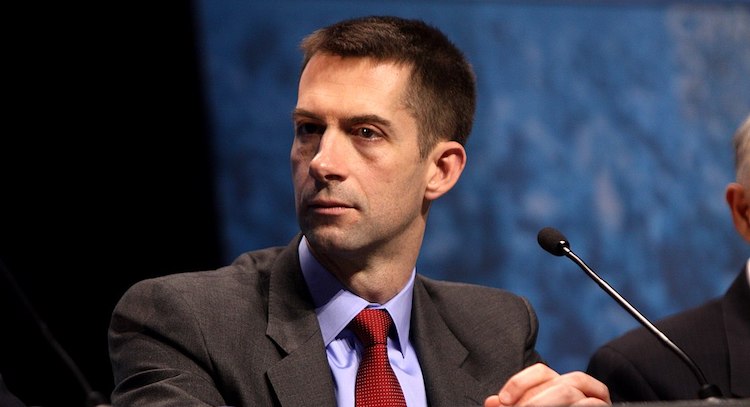