s the year 2016 slouches toward its deplorable end, it is hard to remember that Americans once believed they lived in a “favored land.” Given what we have just experienced, we might more easily imagine that we are a nation under chastisement than one guided by the beneficent hand of divine providence. 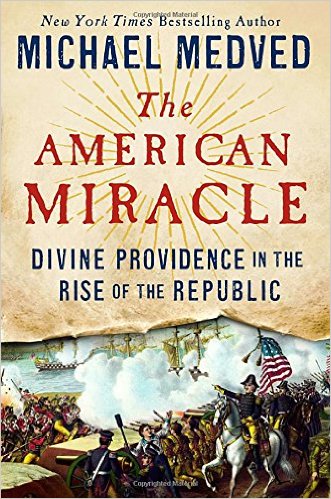 In his deeply countercultural new book, The American Miracle, Michael Medved attempts to restore some of that lost faith. Lest we surrender to the cynicism and cultural relativism of our secularized age, Medved reminds us that from the earliest days of the Pilgrims, Americans “embraced the core concept of a divinely determined destiny.” Medved admits that in middle of current events, including a political campaign that is “both grating and degrading,” the notion of depending on “supernatural deliverance would seem childish and naïve.” But he reminds us that “our forebears faced circumstances far less favorable while holding fast to the expectation that destiny would rescue and renew the Republic.”

Medved’s theme is threefold, and each part is profoundly out of sync with the zeitgeist: (1) that the American experience is, despite President Obama’s rejection of the idea, genuinely exceptional, (2) that the rise of America is not an accident, but the result of divine providence, and (3) that many of the lucky turns in our nation’s history ought to be regarded as miracles.

These themes are, of course separable, and readers will likely react in accordance with their pre-existing views about the role of the divine in modern history and the existence of the miraculous. But Medved notes that this belief in God’s active role in the rise of the American experiment was, until quite recently, a central part of what David Gelernter has called the “American Religion,” which saw our ancestors as “a chosen people in a chosen land.”

“Whatever our current doubts about the nation’s present and its prospects,” Medved writes, “this sense of a divinely directed destiny is never more than a generation or two in the past.” That faith was the spiritual engine for Americans from the beginning. The Founders, says Medved, “believed with unanimous and unwavering confidence in a larger scheme in which they played a part.” In recent decades, this belief has been replaced by “emphasis on guilt over gratitude” in the teaching of history, battered by our brutalized political debates, and sneered at by a culture weary of both patriotism and faith.

But Medved agrees with Benjamin Franklin, who argued during a particularly frustrating moment at the Constitutional Convention, that “if a sparrow cannot fall to the ground without his notice, is it possible that an empire can arise without his aid?”

Our sense of the special role that America played in the world has been replaced by the relativism of the left and the isolationism and trans-actionalism of the nationalistic right.

There is a fundamental misunderstanding that “confuses the reality of American exceptionalism with fantasies about American perfectionism,” he writes. “To argue that a higher power directed the United States to a unique and valuable role in the world isn’t the same as insisting that our national saga unfolded without flaw, folly, or failure.”

Instead Medved focuses on the “freakish good fortune and prodigious good deeds of the United Sates not to obscure our sins but in order to restore the missing context for consideration of such shortcomings.” The American Miracle does not portray “spotless heroes” or claim that America is an “immaculate country.” He explains: “The evidence for divine providence doesn’t prove that America is perfect, but it does strongly suggest that America is no accident.”

Medved makes his case by retelling episodes in American history, beginning with the deaths of both Thomas Jefferson and John Adams on the same day—July 4, 1826, the 50th anniversary of the Declaration of Independence. The passing of the two titans within hours of each other, while the nation celebrated their great achievement, was so extraordinary, says Medved, that “coincidence could never explain it.” Nor could mere luck account for the way that the Mayflower Pilgrims were “blown blessedly off course,” or the odd weather patterns that helped the Revolutionary army escape certain destruction in New York, or the unaccountable survival of George Washington on the battlefield. Medved engagingly recounts the miraculous success of the Constitutional Convention, the chance events that lead to the Louisiana Purchase and the doubling of the size of the nation, the chance discovery of the enemy’s battle plans in the Civil War, and the preternaturally good fortune of the Lincoln presidency.

Even readers well versed in American history will enjoy his account of the random coincidences and quirks of fate that lead to the founding of the Republic of Texas and the annexation of California. But Medved perhaps overstrains his narrative when he ascribes the survival of the irascible and genocidal Andrew Jackson to divine agency. Other explanations leap to mind.

Other questions may also occur to readers: If a nation relies on divine providence, can a nation make choices that remove it from divine protection? As the prophets believed was the case with ancient Israel, can there be periods of divine rebuke as well as times of national favor? (Asking for a friend.)

One need not accept Medved’s thesis in full to recognize what we have lost as a country. The teaching of history has devolved into a parade of horribles and indictments of victimization. We certainly no longer inculcate a sense of awe about our country’s history and its role in world history, and the results have trickled down to our politics. Americans’ sense of the special role that America played in the world has been replaced by the world-weary relativism of the left and the isolationism and transactionalism of the nationalistic right. The loss of this faith has created a vacuum in our sense of ourselves. Medved notes that the rejection of the idea of divine design has led to “twin traps of conspiracy theories and disdain for America.”

So Medved’s The American Miracle is a badly needed corrective, because he reminds us how important that self-image is for our culture and our politics. Seeing America as a “favored land” does not mean that we should have been spared a Clinton–Trump election or that we’ll be miraculously rescued from our degraded and divided culture. “What it does signify,” writes Medved, “is that we’re specially called to correct our flaws, and to strive more consciously toward justice and decency than other societies.” That, he says in this fascinating and provocative book, is the essential American creed. 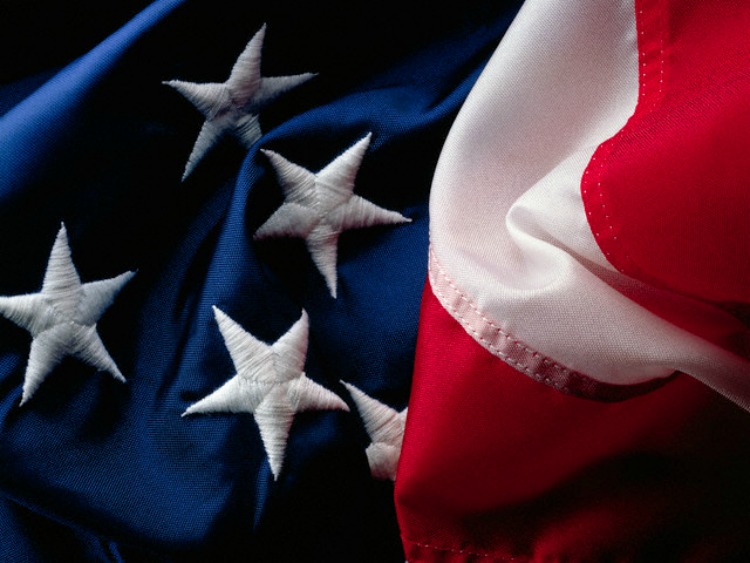 Charles J. Sykes’s most recent book is Fail U. The False Promise of Higher Education. He is a talk show host in Milwaukee, Wisconsin.