Barack Obama wrote himself into the White House with two number-one bestsellers. Now, he aims to write himself into a greater historical legacy with a third. Or really a third and a fourth. His presidential memoir, A Promised Land, seems heavy at 768 pages by itself. Finding out that it is just part one makes it feel like a ton of bricks. Indeed, despair awaits the reader who pushes through to the final chapter only to realize that Obama has not even made it to 2012.

If the 44th president of the United States maintains the same encyclopedic approach for the story of his reelection and second term, pity the deltoids of future Amazon delivery drivers. Even Bill Clinton, whose solipsism rivals Donald Trump’s, managed to get his memoir done in one ponderous 1,004-page tome. The best-written presidential memoir of the 20th century, The Autobiography of Calvin Coolidge, clocks in at a slim 272 pages. As is the case with presidential speeches, longer is almost never better.

Obama can be elegant and moving in his writing. But that literary sensibility is a major cause of his new book’s troubles from the start. He simply could not decide which kind of book he wanted to write, so he just wrote them all at once.

Obama tells us he wants to “pull back the curtain” on the nine-to-five of the Oval Office daily grind. “For all its power and pomp, the presidency is still just a job,” he says. But he also says his purpose is to use his “willingness to defend the American idea” to convince readers, especially disillusioned liberals, to believe in the exceptional nature of their country. The book is also supposed to reveal how his rise to power and time in the White House changed him as a person.

An intimate autobiography, a spirited defense of his presidency, and a dispassionate political history—A Promised Land tries to be all of these things. Obama doesn’t quite succeed with any of them, but one can easily imagine how (if he had been willing to submit to the ministrations of a good, brave editor) each of those three skeins could have been knitted into something revelatory or even beautiful.

Obama’s first book was like that. Dreams from My Father has lovely writing and a confessional quality that draws the reader into a confidence with the author. That voice reemerges at points throughout A Promised Land, but it has a different impact on the reader. In the new book, Obama writes of a recurring dream he had as president in which his anonymity was restored and he could simply mosey to the corner store for a cold drink and then sit and enjoy the sunshine on a park bench. “I’m strolling along, without any thoughts in particular, when suddenly I realize that no one recognizes me,” he writes. “I feel like I’ve won the lottery.”

In one sense, this is Obama the author at his humble-bragging worst, a habit in which he indulges throughout the book. In other passages, he claims to have been surprised by the earthquake caused by his 2004 Democratic National Convention star-spangled ripsnorter of a keynote address, or that he was brought back to earth by Michelle Obama’s response to the pre-dawn news of his 2009 Nobel Peace Prize: “That’s nice, honey.” The message is always that Obama isn’t on a power trip, because he’s a regular guy who’d rather be chilling on a park bench with a Snapple down on Halekauwila Street.

But it’s also Obama’s way to admit that both things are true—that he did indeed want power and that he resented the price he had to pay. An honest and unsparing account of his ambition and his resentment might have remade the whole genre of presidential memoirs. As literarily satisfying as that might have been, though, he has other work he wants this book to do—and that work more reflects the Obama of his platitudinous 2006 book, The Audacity of Hope. In one particularly unbelievable moment, he recalls something he supposedly said to his spokesman Robert Gibbs in 2008: “I think about it sometimes, how this isn’t supposed to be about my own ambition. It’s supposed to be about making the country better.…If the American people can’t get past this [the Reverend Jeremiah Wright] thing, and I stagger my way into the nomination, only to lose the general, what good have I done?” Even Aaron Sorkin would be embarrassed to put that lulu in a script. There is a lot of this treacle in A Promised Land—what the Washington Post’s gifted critic, Carlos Lozada, called “the audacity of trope.”

For all the ways in which the book agonizes over Obama’s decisions and the complexities of his motives, when it comes to describing his Washington allies and rivals, his observations lack any kind of nuance. Harry Reid is a hard-nosed politician, Obama allows, but an honest one with altruistic objectives. Mitch McConnell, conversely, lacks “charisma or interest in policy” but compensates for his dullness with “discipline, shrewdness, and shamelessness—all of which he employed in the single-minded and dispassionate pursuit of power.” Empty partisan pap like that contributes greatly to the lurch and drag that afflict the book after the first hundred or so pages.

Obama says his own motivations were multifaceted and explores those with a prodigal pen. But he turns stingy when it comes to his rivals and the political scene in general. There is a good book buried in here somewhere, and maybe there’s another one in Obama’s head. But as was very often the case in his career, this one tries to be too many things to too many people. 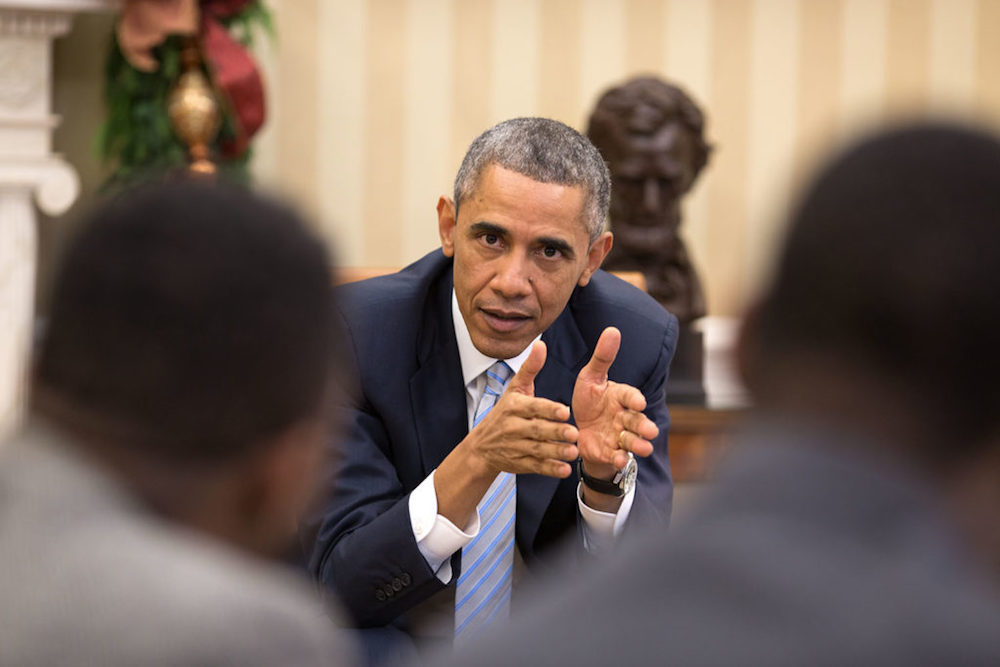 Chris Stirewalt is a resident fellow at the American Enterprise Institute and a contributing editor at the Dispatch.