mericans have always admired stories of transformation—the person from modest beginnings who pulls herself up by her bootstraps, the immigrant who arrives on our shores and thrives, the plebe who works his way through the ranks to become a general. Ever since Bruce Jenner went full-on female as Caitlyn on the cover of Vanity Fair (and social media was deluged with images of a corseted grandmother and the ubiquitous chant “You go, girl!”), we have been told that this is a literally transformational moment. Indeed, Time magazine claims we have reached “The Transgender Tipping Point,” in part because pop culture has embraced the theme unreservedly.

Last year Amazon.com introduced the television series Transparent, which has been almost unanimously celebrated for its warm-hearted depiction of a patriarch who decides he wants to transition to living as a matriarch. This month, Eddie Redmayne stars in The Danish Girl, a film that tells the story of Lili Elbe, who in 1930 became one of the first people to undergo a series of sexual-reassignment surgeries (and who eventually died as the result of one). Even the supposedly daring South Park showed its tacit approval by devoting an episode to poking extremely gentle fun at Jenner’s “bravery” in becoming a woman.

Outside South Park, however, there is little that is gentle or fun about the discussion of transgender issues. There is a growing chasm between the message of acceptance that is promoted and the tactics often employed to achieve it.

Consider how the debate has roiled feminists. The same week that Glamour magazine named Jenner its “Woman of the Year” for 2015, feminist icon Germaine Greer was denounced by transgender activists for “misgendering trans women and denying the existence of transphobia.” Greer’s crime? Asked about Caitlyn Jenner, the very Australian Greer said, “A man who gets his d—k chopped off is actually inflicting an extraordinary act of violence on himself.” The essayist Elinor Burkett was pilloried only slightly less enthusiastically after suggesting that Jenner’s glamorous new look set women back because it embraced oppressive stereotypes of female beauty.

“We should be as free to doubt the womanhood of Caitlyn Jenner as we are to doubt the divinity of Jesus,” Brendan O’Neill argued in the Spectator. But in a cultural universe where gender is understood as a choice rather than a biological reality, there can be no such atheism.

Instead, we have an explosion of gender-identity sects. Websites such as GenderQueerId.com offer helpful taxonomies, such as the definition of “trigender” (someone who does not identify as male, female, or androgynous and so “constructs their own gender”). Facebook has 58 options to choose from in the category of gender; the dating website OkCupid offers a paltry 12, including “sapiosexual—sexual attraction based primarily on intelligence.” A growing number of people call themselves “agender,” or “panromantic,” or some other trendy neologism they discovered late one night on someone else’s Tumblr.

So copious are the available options that New York magazine recently observed that many young people have simply given up trying to categorize their sexuality, finding such labels to be “anachronistic” and “oppressive.” Does sex even happen in a world with so many micro-communities and fluctuating sexual preferences? “Ethical sex is hard,” admitted a self-identified bisexual woman, when asked about it by New York magazine. Today, even bad sex (one of those things that, like death and taxes, we must all endure at some point in our lives) can be blamed on something other than lack of technical prowess; for college-age women, according to New York, the culprit is “male sexual entitlement.”

But this isn’t merely semantics. In a recently published special supplement, the Chronicle of Higher Education described the growing “transgender-rights” movement, whose demands include “gender-inclusive” bathrooms and dormitories on college campuses as well as “dignity and respect” for the transgendered; the former is a surmountable logistical challenge, the latter is less amenable to administrative fiat.

And yet, for a movement intent on promoting free-form sexual identities, and one that often invokes the language of transgression, very few of its participants are actually talking about sex. Or the physical realities of removing someone’s testicles. Or the side effects of hormone therapy or breast implants. Or the long-term psychological challenges of transitioning from one sex to another. For all of its prevalence in the cultural conversation, there is a great deal we don’t talk about when we talk about transgender issues.

Today we want cultural conversations that rest on this kind of acceptance fantasy, especially when the facts are in dispute (or controversial).


There is a reason it’s called reassignment surgery: The physical reality of being born one sex can never be fully removed; it can only, through surgical and hormone intervention, be “reassigned.” The psychiatrist Paul McHugh is deeply skeptical of the practice, citing studies that suggest that, particularly for children, feelings of “gender dysphoria” often recede with time. McHugh is often denounced as “anti-trans” for expressing such views, and he is countered by other psychiatrists who treat transgender children and argue for a “new normal” when it comes to issues of gender identity. But the debate over whether or not to give puberty-blocking drugs to children, and at what age reassignment surgeries should be pursued, are questions that are far from settled in the medical and scientific communities, even as the number of children now identifying as “trans” grows.

A new book, Becoming Nicole, chronicles the transformation of a transgender teenager from Maine who was born male but identified as female since childhood; the kid won a discrimination lawsuit against the state after the Maine legislature passed a law refusing to let students use the bathroom of their choice in school. She uses the money from the lawsuit for sexual-reassignment surgery. (See? Uplifting story! We should let all trans kids get surgery if they want it!) But as one reviewer noted in the New York Times, readers get halfway through the book before learning an important fact: “Only a quarter of the kids who identify as transgender continue to do so once they’ve hit adolescence.”

Writing about Gilles Lipovetsky’s The Empire of Fashion, the sociologist Richard Sennett noted that Lipovetsky “explains how the phenomena of ‘difference’ in modern society had shifted to the realm of fantasy rather than direct confrontation.” Lipovetsky thought democracy worked best when people were allowed to engage one another at a superficial level, and although he was writing about fashion, this might help explain why we pay so much attention to the superficial aspects of transgender culture—Caitlyn Jenner’s hair and corsets, for example, not Jenner’s testicles. We want our transformation stories to be seamless narratives of the ugly duckling becoming a true swan (and thus her true self); no one wants to see the duckling go under the knife.

Today we want cultural conversations that rest on this kind of acceptance fantasy, especially when the facts are in dispute (or controversial). But when acceptance is withheld, all hell breaks loose. Germaine Greer was blunt but correct in her assessment of Caitlyn Jenner: Cultural acceptance of transgender identity means accepting the legitimacy of radical and often punishing physical alterations in the service of that identity—the kind of acceptance we don’t offer someone who “identifies” as anorexic, even though there are many websites that actually celebrate and offer coaching tips on how to be “ana.”

In fact, as a culture, we are always policing the boundaries of transformation, and not consistently. While we celebrate Bruce Jenner’s appropriation of the female gender, for example, we’re told to denounce cultural appropriation in other forms. God help the white pop star who adopts dreadlocks, as Miley Cyrus did recently when hosting the MTV Video Music Awards; and don’t even think about posting a picture of yourself on Instagram wearing something that looks Native American or vaguely “ethnic”—you will be reprimanded by real ethnic people proclaiming, “My culture is not a costume.” Even the liberal stalwart Lena Dunham was chided by her young female fans when she jokingly posted a picture of herself online wearing a hijab.

The transgender debate has so far focused on the liberating aspects of embracing a fluid identity. But it is one thing to transcend your class or your place of birth; it is another to say that your own DNA has gotten you wrong. It is one thing to be liberated from the expectations of demanding parents or a rigid faith tradition; it is another to seek liberation in the removal of body parts with which one was born. The fact that this has become an all-but-unacceptable thing to say is a mark of how nightmarish our liberationist cultural confusion has become. 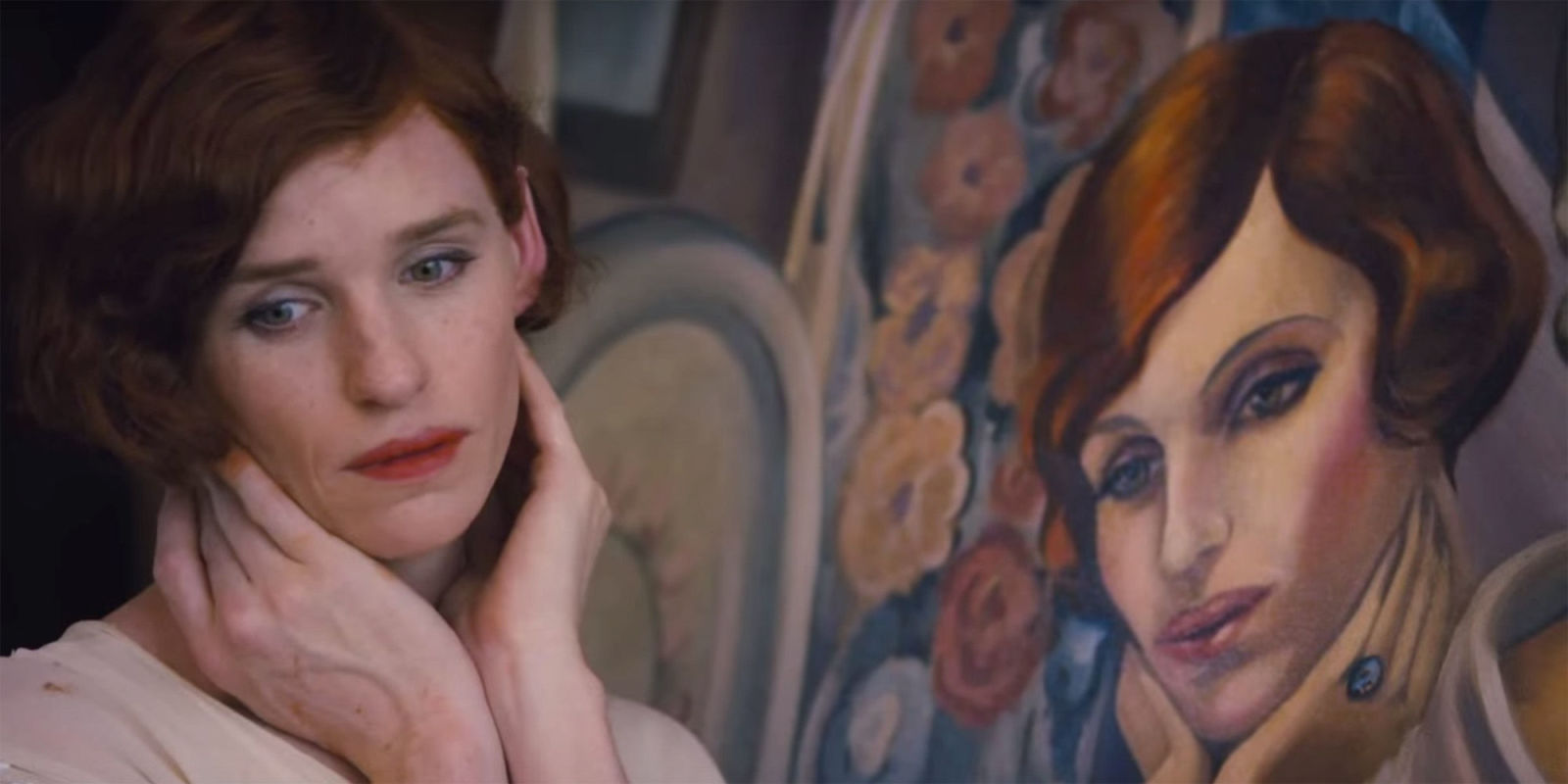