his summer, Louise Linton, the wife of U.S. Treasury Secretary Steven Mnuchin, was mocked by a stranger for posting Instagram photos of herself glamorously deplaning from a government jet with her husband while wearing designer clothing (#TomFord sunnies, #Valentinorockstudheels). Linton didn’t ignore the pitchfork-waving social-media commenter. Instead, she posted an enraged response that included references to the amount of taxes she and Mnuchin paid and implied that they were more productive members of society than her detractor.

“Have you given more to the economy than me and my husband? . . . I’m pretty sure we paid more taxes toward our day ‘trip’ than you did.” She later apologized and removed the post, but the image of Linton as yet another entitled rich person flaunting her privilege will not soon fade. “A Real Housewife of the Treasury,” declared Katie Rogers in a New York Times “politics” piece that had no politics in it. Evidently the Times felt that class mockery was warranted since Linton’s Instagram photos recently featured her “zipp[ing] around on a speedboat in an Italian lake.” Rogers went on: “She sipped wine at a restaurant overlooking the Louvre. She lounged in a very nice-looking pool with a very nice-looking giant inflatable swan, a tiny Chihuahua nestled in her arms.” In other words: She’s a monster.

In August, when Melania Trump walked out of the White House with President Trump to tour the damage from Hurricane Harvey, she wore her usual footwear: expensive designer stiletto heels (she later changed into sneakers upon arrival in Texas). This prompted outrage from observers such as Lynn Yaeger, who wrote in Vogue that Melania’s heels were “better suited to a shopping afternoon on Madison Avenue or a girls’ luncheon at La Grenouille.”

Even before the Occupy movement popularized the notion of “the 1 percent,” there’s been a tacit understanding that the obviously wealthy, as the price of their privilege, must endure some mockery from those below them on the economic scale. But the populist celluloid charm of 1960s shows like The Beverly Hillbillies and the appreciative voyeurism of 1980s programs like Lifestyles of the Rich and Famous have  given way to the sordid reality of Real Housewives and The Rich Kids of Instagram. “The photos they share on social media,” wrote Business Insider, “tell the story of an enviable set of lives intertwined, sipping rosé  in infinity pools by day, sipping rosé  on balconies overlooking the Marais by night—a picture-perfect posse of wealthy progeny.”

The criticism of such displays has sharpened as well. A recent Styles section piece in the New York Times about the expansive (and expensive) vegetable gardens of residents of the Hamptons, which are maintained by small armies of paid gardeners, made sure to quote Hamptons chronicler Steven Gaines: “God has given you too much money when you have someone else tend your vegetable garden.” And what commoner doesn’t enjoy tut-tutting at the obscene $795 price tag for the “Carpathian kitten heels” for sale on sometime actress and full-time celebrity-lifestyle guru Gwyneth Paltrow’s website, GOOP?

In 1890, Jacob Riis sought to shock the country by exposing the extent of poverty in New York City in How the Other Half Lives. Today, amid increasing economic inequality, we search for the squalid not in tenement blocks but in the motivations of the wealthiest among us. We want to know not just how the 1 percent lives, but how they feel about their privilege. It’s not enough to examine the backyards and shoe closets of the wealthy (many of which are featured on Instagram or in shelter magazines); we want to see into their souls. The Times noted that the sudden enthusiasm to spend money on lavish vegetable gardens had a “moral component” for those who created them. But there’s a renewed moral zeal in our eagerness to judge them as well.

Why do we care so much about the rich? As sociologist Rachel Sherman argues in her new book Uneasy Street: The Anxieties of Affluence, it’s in part because we suspect that the rich are in denial about their privilege. Sherman spent several years conducting in-depth interviews with some of New York City’s wealthiest people, and what she found (in addition to some very high-end home renovations) was a lot of neuroses about wealth.

Sherman begins the book with a quote from Max Weber about the “fortunate man.” As Weber argued, “he wants to be convinced that he ‘deserves’ it, and above all, that he deserves it in comparison with others.” When anxiety about deservedness kicks in, odd behavior emerges. Sherman’s interview subjects confessed to removing price tags for $6 loaves of bread so their domestic help wouldn’t see their grocery profligacy; switching out the elevator button that read “PH,” for penthouse, to a regular floor number, so as not to appear ostentatious; and justifying enormous expenditures on their homes by arguing, “but it’s for the children!”

According to Sherman, many of these 1 percenters are worried about how their spending will look to others and worried about setting reasonable limits on it themselves. What kind of person spends tens of thousands of dollars on a purse, after all? They lay claim to traditional middle-class values such as hard work, reasonable consumption, and giving back, even though their wealth insulates them from having to practice any of those values. They want to raise children who aren’t entitled and who know what the “real world” is like. They want to be “good” rich people, as opposed to the flaunting Louise Lintons of the world.

And yet there is a through-the-Baccarat-looking-glass feeling to Sherman’s book. Despite the many expressions of penthouse anxiety she documents, her subjects don’t ever radically alter their behavior (except, in some cases, to become more fiscally conservative about tax policy). By “problematizing” their wealth in their own minds, and confessing their feelings of guilt to Sherman, they seem to liberate themselves from having to alter their lives in any meaningful way. If they really meant what they said to Sherman, they would all become card-carrying socialists and pledge to give away their billions. Instead, they plot their next home renovation or vacation (or, as a sociologist would say, re-engage in their “consumption work”).

True, the rich punish themselves in other ways. They struggle to reconcile their identities as minimalist, eco-conscious consumers with a strong desire to own this season’s expensive Celine tote. They swaddle their personal spending in the rhetoric of wellness and self-care rather than acknowledge anything akin to vanity. Sherman writes of her surprise that many of the extremely wealthy women she interviewed wore fitness clothes to their interviews with her; many of them also took pains to claim that they “cut their own hair,” which seems unlikely. The most dedicated among them embrace punishing (and punishingly expensive) endurance sports like extreme cycling and marathon training; as Outside magazine recently noted, the finance guy signing up for yet another Tough Mudder race might really be trying to outrun his own conscience. “By flooding the consciousness with gnawing unpleasantness, pain provides a temporary relief from the burdens of self-awareness,” one study in the Journal of Consumer Research noted of such white-collar fitness warriors.

Ultimately, this fiction, like the posture of normalcy, isn’t sustainable. The “good” rich people who justify having the live-in nanny because she’s “part of the family” sometimes cease to find her so “loving” when she asks for increased wages and health benefits. And the pretense of middle-class normalcy wears thin when it’s claimed from a first-class seat en route to an expensive vacation that the traveler insists is just a “special treat.” Perhaps the anxious wealthy people whom Sherman describes could learn something from the Louise Lintons of the world after all:

It’s not the crime. It’s the cover-up. 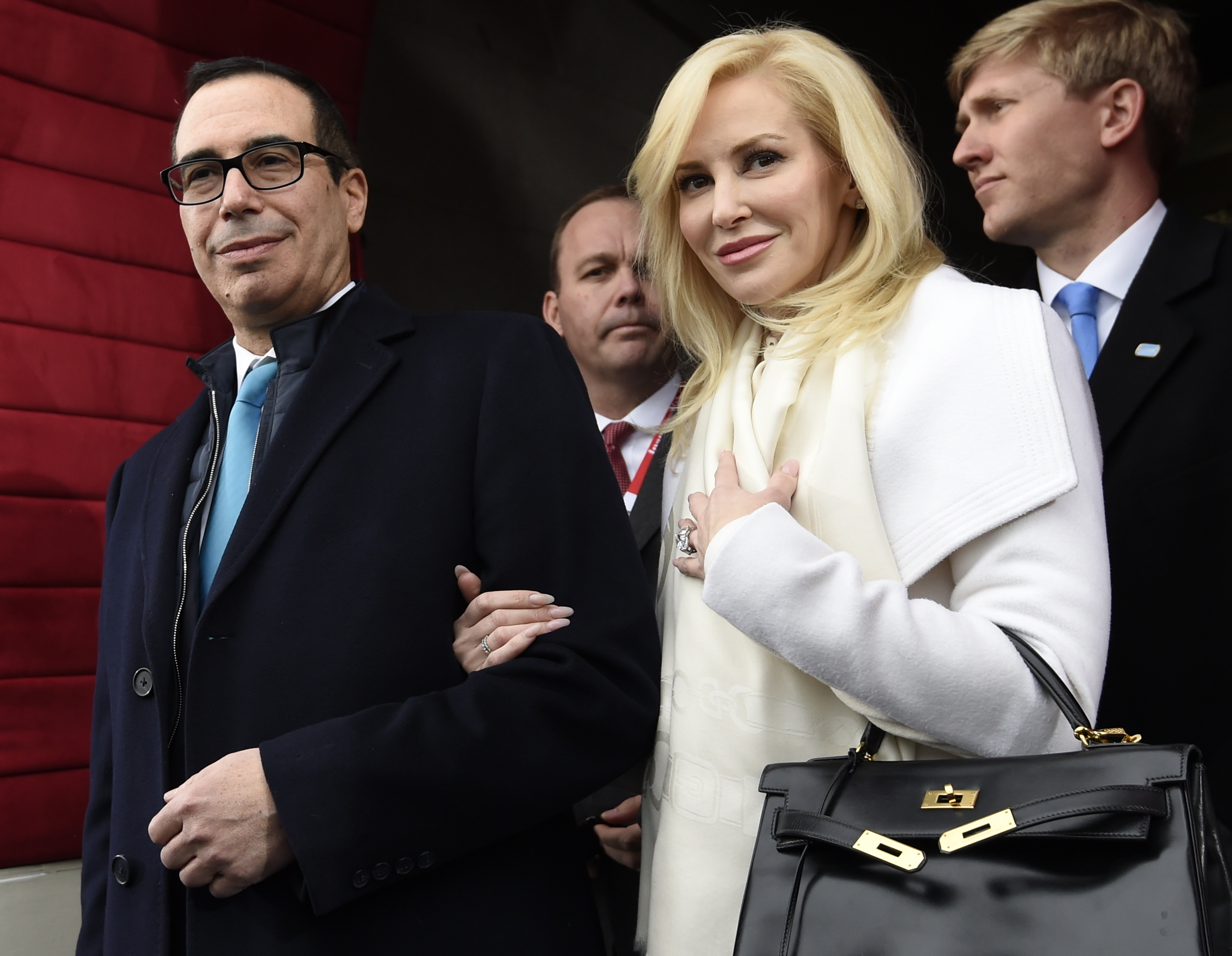 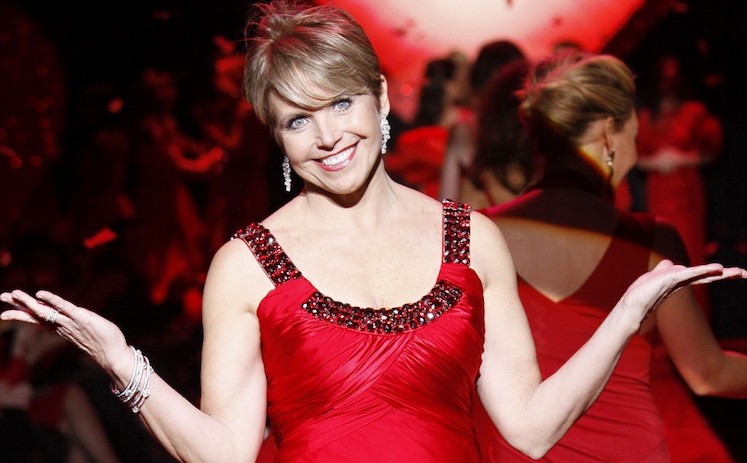