What happens when a newspaper becomes the story?

If you live in Los Angeles and have been following the saga of the city’s only local daily, the Los Angeles Times, it likely further erodes what little trust you might still have in the fourth estate’s ability to provide objective coverage of events.

The drama began last spring, when Los Angeles magazine asked whether Nika, the daughter of billionaire Times owner Patrick Soon-Shiong, was “the Ivanka of the Los Angeles Times.” This is unfair to Ivanka, who presumably believes in the free market and the wealth it has generated for those lucky enough to be born into it. Nika Soon-Shiong, by contrast, believes that the state should redistribute wealth via “equity-based UBI”—that is, giving a guaranteed universal basic income to racial minorities.

Influence Watch describes Fund for Guaranteed Income, the group of which Nika Soon-Shiong is executive director, as an organization that “uses identity politics as basis for determining which communities should receive the payments.” She is also the executive director of the Compton Pledge, which lobbies municipal governments to guarantee income and “establish waivers so welfare recipients can receive both universal basic income and welfare” as “a form of establishing equity and reparations for ethnic minorities.”

The Stanford-educated Nika is no fan of law enforcement, either—something the Times had to learn when the meddling Millennial heiress made her feelings about cops public. As Los Angeles magazine reported, in the wake of nationwide riots and unrest in 2020, Nika “called out Times editors in a tweet objecting to the use of the word ‘looting’ in a pair of headlines. ‘Absolutely the wrong messaging @latimes,’” she tweeted, even though the stories were about people who were, in fact, rioting and looting; the situation deteriorated to the point that the city’s mayor requested that the governor send in the National Guard.

Such public complaints might have remained an annoying bit of entitled whining by a newspaper owner’s child, had that been the extent of Nika’s involvement. But around the same time, Nika also started sitting in on staff meetings. Not coincidentally, the newspaper’s Standards and Practices Committee “made a language update to its style guide around using the words ‘looting’ and ‘looters.’” This was followed by an announcement by the newsroom committee that “it was putting limits on the use of the word ‘looting’ over concerns regarding the racial connotation of the word.”

As an appointed member of the West Hollywood Public Safety Commission, Nika also led a push to defund the Sheriff’s Department. She succeeded, replacing law-enforcement officers with “unarmed security ambassadors” at precisely the moment when violent crime was rising precipitously in the city.

She is now accused of having exerted her influence to get the Times to endorse a self-described radical progressive candidate for city controller, Kenneth Mejia, who happens to be her personal friend and (surprise!) also a vocal supporter of universal basic income and defunding the police (“defund the police till the last penny”). Mejia, a political neophyte, was until recently a Green Party activist whose now-deleted Twitter history includes frequent use of the hashtag #joe-bidenisaracist and denunciations of “corporate loving rapists like Trump and Biden.” In 2019, he tweeted, “If WE were in Congress we’d #StandWithIlhan [meaning Representative Ilhan Omar].” He added that he would also “criticize oppressive governments” such as “Israel.”

As for Nika, it would be difficult to design a more perfect avatar of progressive hypocrisy—a billionaire’s kid using her father’s newspaper to promote policies that make the poor more vulnerable to crime and economic hardship while simultaneously propping up unqualified elite friends for public jobs. Yet although Nika acknowledged to Politiico that she does “advocate” her causes at the Times, uses a Times email, and lists herself as a “special adviser” to the paper, she clearly sees no issue with using her position as the owner’s daughter to influence the paper’s coverage. Billionaire silence is also violence, evidently.

This is the logical evolution of the patron model of newspaper journalism that has emerged in recent years, as with Amazon founder Jeff Bezos’s purchase of the Washington Post, which was likely done with an eye toward protecting his company’s interests in Washington, D.C. Yet unlike at the Los Angeles Times, most observers agree that Bezos has remained largely hands-off regarding editorial direction at the paper. The Soon-Shiong family pursues a different course: As Los Angeles magazine reported, the Times’ executive editor, Kevin Merida, lives in the tony neighborhood of Brentwood in a house owned by Soon-Shiong père—a kind of grace-and-favor arrangement that has raised questions about Merida’s objectivity.

The lefty billionaire’s daughter adds a new angle to the ongoing story of journalism’s changing fortunes as well. For the past few years, journalists have been railing against the supposedly evil hedge funds and private equity groups that have been buying up daily newspaper owners such as Tribune and McClatchy. (“Liberals Are Losing the Journalism Wars,” read an alarmist New Republic headline from 2020 that decried “pay-for-play propaganda” on conservative websites). But the story of how Big Bad Hedge Funds Destroyed Local News and Ushered in Fascism (like the story of how right-wing, but not left-wing, billionaires are the real threat to democracy) was always plagued by contradictions.

During the last election, for example, a liberal dark-money group called ACRONYM pushed progressive propaganda through its Courier Newsrooms in battleground states such as Arizona, Pennsylvania, Virginia, and Michigan. The CEO of ACRONYM at the time, Tara McGowan (who has the Obama slogan “Yes we can” tattooed on her forearm), wrote in a June 2019 memo about the company’s plans to create seemingly local news sites (such as one called the Gander in Michigan) to push Democratic messaging. “Content designed to drive strategic narratives to key audiences will be delivered on a drip over time,” particularly “before, during, and between election cycles.” The goal, she wrote, was to “build nimble communications infrastructure for Dems in critical states.”

As Bloomberg reported, “while the articles she publishes are based on facts, nothing alerts readers that Courier publications aren’t actually traditional hometown newspapers but political instruments designed to get them to vote for Democrats.” The deception is the point: “To McGowan, emulating the homespun, hyperlocal style of the fast-vanishing small-town newspaper is important for building familiarity and trust.”

What does this suggest for the future? Left-leaning media will likely continue to support their own subculture of quasi-propaganda if it wins them elections in key states (just as they hypocritically spend money promoting MAGA Republican candidates in primaries to make general elections more winnable for Democrats while criticizing Republicans for threatening democracy).

But they are also getting bolder about promoting their radical ideas to a still-ambivalent public. When journalist, novelist, and avowed socialist Upton Sinclair ran for governor of California in 1934, he launched his own newspaper, the EPIC News, to promote his candidacy and socialist platform. The paper produced nonstop promotional literature for his various schemes (the Saturday Evening Post described Sinclair’s EPIC plan, which stood for “End Poverty in California,” as “Utopia Unlimited”). Sinclair lost to a Republican. Reflecting on that loss decades letter in a letter to fellow socialist Norman Thomas, he wrote, “The American people will take Socialism, but they won’t take the label.” As the recent controversies at the Los Angeles Times demonstrate, some wealthy progressive members of the journalist elite are betting that’s no longer the case. 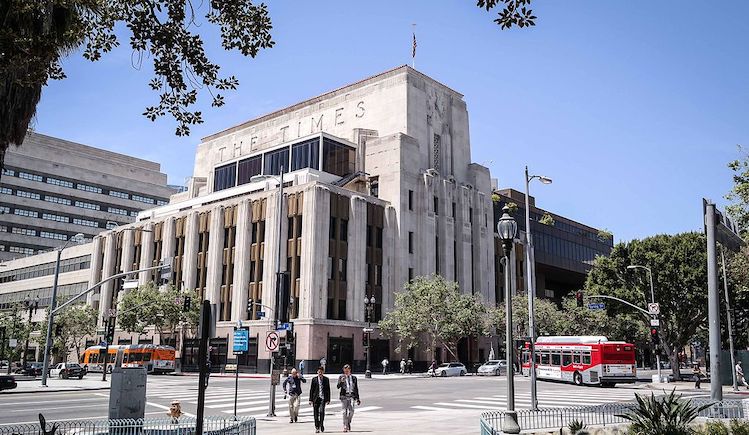 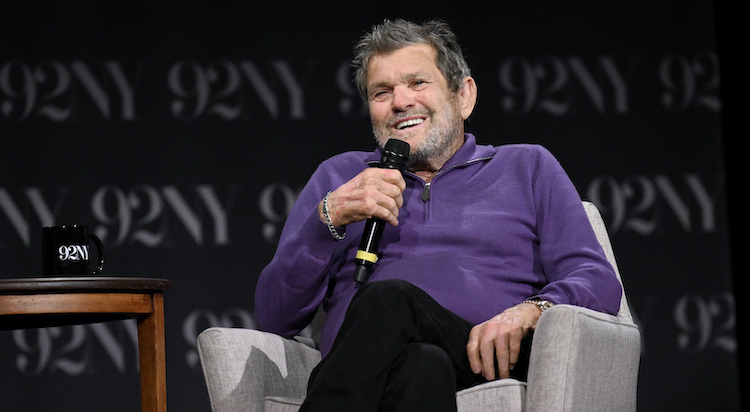