In recent months, observers have noted a disturbing rise in “cancel culture.” But that is only one way in which the new dispensation does its work. In addition to cancellation, the ideologically woke have also engaged in two other activities: kowtowing and grandstanding. The mainstream media offer exceptional examples of both.

First, kowtowing. In a recent New York Times review of Isabel Wilkerson’s new book, Caste, critic Dwight Garner set a new bar for signaling one’s allyship to an ideological cause. “A critic shouldn’t often deal in superlatives,” Garner concedes, before larding his own review of Wilkerson with some whoppers, calling it “an instant American classic” that “made the back of my neck prickle.”

Wilkerson’s book raises hackles all right, but not for the reasons Garner outlines. Garner calls Caste “a complicated book that does a simple thing.” But it’s not doing the thing he thinks it is. Wilkerson synthesizes the work of others in service to a questionable hypothesis about the existence of a pernicious racial caste system in the United States. Instead of race, Wilkerson talks about “dominant castes” and “lower castes” while claiming that such constructions explain America’s past and present race relations. If you haven’t noticed this pervasive caste system, it’s because it is, conveniently, everywhere but nowhere. “As a means of assigning value to entire swaths of humankind,” she writes, “caste guides each of us often beyond the reaches of our awareness.”

The result is a book that dramatically oversimplifies and flattens history to equate the genocidal policies of Nazi Germany and a centuries-old caste system in India with the social structure of the United States. This panders to an audience of Times readers who like to be told that their country is terrible, maybe as terrible as Nazi Germany, while signaling Wilkerson’s own “correct” contemporary political views. Wilkerson’s argument ignores evidence that obviously contradicts her thesis, such as America’s history of economic mobility for its citizens and the achievements of other ethnic and racial minorities. And, tellingly, it has nothing to say about how an irredeemably racist caste system could enlist white working-class voters to elect—twice!—a black president (who, it should be noted, awarded Wilkerson, who is also black, a National Humanities Medal for her work).

Wilkerson’s extended exercise in false equivalencies (and the New York Times’ praise of it) is a pitch-perfect example of one of the stranger ironies of our culture moment. Here we have two members of what is arguably an elite “caste” (elite journalists Garner and Wilkerson) engaging in in-group sycophancy to signal their wokeness while decrying the privilege of others. Garner kowtows to Wilkerson’s idea of caste rather than criticize it, because that is what is expected of a Times reviewer writing about race, and certainly what the Times readers expect to read about race.

He isn’t alone. Oprah Winfrey, who made Caste the new, woke Eat, Pray, Love by anointing it as a Book Club selection, went so far as to declare in a recent episode of her new cable show that “there are white people who are not as powerful as the system of white people—the caste system that’s been put in place—but they still, no matter where they are on the rung, or the ladder of success, they still have their whiteness.”

Outside such elite media circles, kowtowing is the expected response to more coercive efforts to conform to prevailing progressive views on race. In Louisville, Black Lives Matter activists demanded that small-business owners (including non-black minority business owners) sign and post a pledge declaring their support of BLM (including racial quotas for hiring and even goods sold by businesses). Those who resisted were told that the entrances to their businesses would be blocked and their livelihoods threatened. The media’s refusal to delve into the stories of people negatively affected by so-called “largely peaceful protests” and riots of the past few months, including people in places such as Minneapolis, Portland, Seattle, and New York, whose property and sometimes lives were threatened and destroyed, reveals a willingness to continue to burnish an image (of BLM as a “peaceful” rather than a radical organization) that strains credulity.

Cancellation and kowtowing are all made possible by the third and most regularly practiced element of woke ideology: grandstanding. As Justin Tosi and Brandon Warmke describe in a new book, Grandstanding: The Use and Abuse of Moral Talk, grandstanding is “the use of moral talk for self-promotion,” and it’s a game everybody plays, particularly now that social-media platforms provide endless opportunities to do so.

Politicians are particularly susceptible to the practice. Grandstanding is Donald Trump’s normal register, so perhaps it isn’t surprising that his political opponents have escalated their own grandstanding in response; House Speaker Nancy Pelosi described the federal officers Trump sent to protect a federal courthouse in Portland, Oregon, as “stormtroopers,” for example, and regularly refers to legislation proposed by Republicans as “the worst bill in the history of the United States Congress,” as she did about the Tax Cuts and Job Act of 2017. Alexandria Ocasio-Cortez recently engaged in some grandstanding about “white supremacist culture” by criticizing a statue placed in the U.S. Capitol. The statue (which was made by a woman of color) is a depiction of Father Damien, the Belgian Catholic missionary (and canonized saint) who devoted his life to caring for lepers in Hawaii.

While some grandstanders engage in self-promotion to impress others (what the authors of Grandstanding call “recognition desire”), others do it as an expression of dominance. “They use moral talk to shame or silence others and create fear,” Tosi and Warmke write. “They verbally threaten and seek to humiliate.” The latter is the tendency that has taken hold among the media of late.

How do they do this? By turning issues that are not about morals into moral issues. The petty semantic squabbling about whether to capitalize black or white; the insertion of moral commentary into so-called reporting; the unsubstantiated assertions about racism injected into everyday reporting; all these are evidence of what Tosi and Warmke call “false moral innovation.”

Because of its ubiquity and the difficulty in countering it, grandstanding might ultimately prove the most harmful to democratic debate. Grandstanders assume that their listeners will conform to the values the grandstander is ostensibly promoting. They’re not wrong; this is why among elite media right now, the most enthusiastic grandstanders (Nikole Hannah-Jones, Wesley Lowery, Yamiche Alcindor) trigger immediate kowtowing by their peers, who understand that grandstanding implies a threat of cancellation if not endorsed.

Grandstanders also stifle debate. If, as much of the mainstream media’s grandstanders demonstrably believe, one’s views are above reproach and morally sound, one need not sink to the level of defending them. Dismissiveness replaces conversation. When everything becomes a matter of moral conviction, nothing gets done, because people on all sides of an issue spend more time signaling their moral superiority (and denouncing the other side’s immorality) than finding meaningful common ground.

The starting assumption and the end point are the same: The grandstander’s moral position is above reproach. Thus grandstanders in media have been successful in cloaking their pursuit of power within their institutions as noble campaigns for justice, and labeling their opponents as moral bad actors. The New York Times employee union recently announced its demands for “sensitivity reads” of every article published, but also that half of all candidates for any new position be people of color, for example.

Worse still, grandstanding weakens the useful function that moral talk has on society. As Tosi and Warmke note, “moral talk is a powerful and important social tool for making ourselves, our neighbors, and our world better.” The misuse of moral talk by political leaders and the media feeds into Americans’ cynicism about their institutions and their fellow citizens.

People pursuing a just cause don’t usually demand that their listeners kowtow to their views. They seek to persuade and change minds. A more politically polarized electorate, a public more fearful of cancellation, and a media establishment intent on acting as a grandstanding police force won’t help us move toward greater moral clarity and compromise. It will instead set us on a path toward moral confabulation. 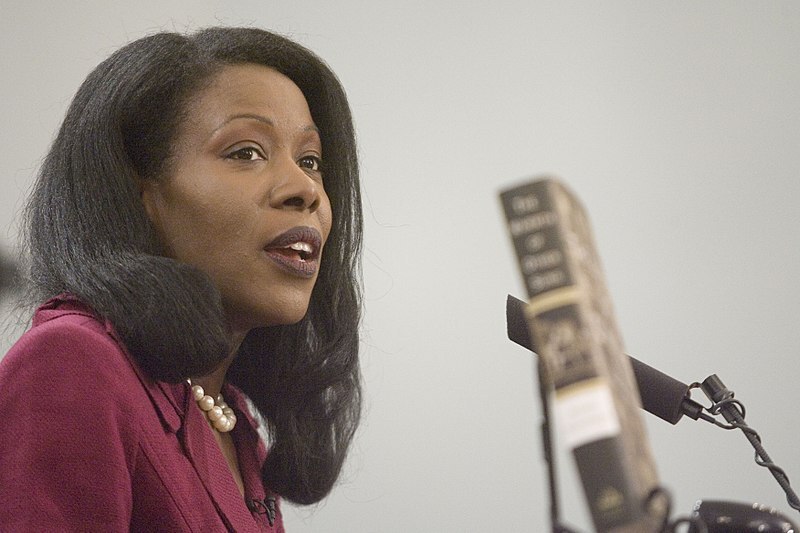