For 40 years, Ladies’ Home Journal featured a column called “Can This Marriage Be Saved?” It offered advice to couples seeking counsel on the state of their unions. Whatever the value of the advice (pity the wives; they were frequently unfairly blamed for their husbands’ bad behavior), it was wildly popular because it publicly engaged an institution that most Americans either participated in or aspired to join: wedlock.

The New York Times Weddings section, once infamously described in an episode of Sex and the City as “the women’s sports pages,” recently announced that it is questioning whether marriage is worth saving at all. “The Weddings Section Asks What It Means to Be Committed in 2022,” the headline announcing the section’s new focus noted, but the question was clearly rhetorical. Its new editor, Charanna Alexander, has already begun to “move away from the traditional Times wedding announcement” and noted that the “evolved Weddings section” would now be “exploring what it means to be committed in 2022, whether or not that includes marriage.”

Evidently only rubes think marriage is an institution for raising families and ensuring social stability. Times readers know better. “I really came in wanting to change everyone’s perception of the types of couples we feature,” Alexander said. “I wanted to not only make it more racially diverse, but also culturally diverse. I just really wanted to look for holes in our previous coverage, so that we can start to be a section that everyone can see themselves in.”

If you are an average person who sees yourself in a traditional marriage, the Times is putting you on notice that your status has been downgraded. The traditional Vows column that runs every Sunday still features a story of a single couple, but the shorter traditional announcements that were long the meat of the marriage pages are no more. Instead, readers are invited to submit their stories for the diminutive Mini-Vows section, which might more accurately be called Struggle Love, since that is what it elevates. As Alexander puts it, “the common thread of all of our Mini-Vows is that the couples all share some moments of transition where they have to overcome something together.”

Presumably the Mini-Vows approach is meant to yield a section less apt to celebrate the predictable joining of family assets and/or Ivy League résumés. But what it has produced in its stead is a lot of emotive hyperbole and oversharing, the overall effect of which is remarkably banal. The new submissions process asks couples “to really dig deep into their love story and tell us what makes them click: how they came together; what their relationship means to them, and maybe even the people in their lives; and how they’ve changed since they’ve been together.” Alexander adds: “We’re just asking couples to go a little deeper, which gives us a better sense, once we get a submission, to say, ‘Hey, this is really inspiring.’” Merely getting married is too vanilla for the Times reader. Now, your story must be akin to a TED talk; it must “inspire” others.

But inspire them to do what? The new form the Times developed for Mini-Vows submissions suggests it still wants to play on people’s warm feelings about traditional weddings. The online page features a tradition-al black-and-white photo of a mid-20th-century couple (young, white, and in their wedding clothes) kissing in the back of a Ford, but the Times’ requirements for submission suggest they are far from the ideal. “We are actively seeking couples with interesting, inspiring and diverse love stories that represent and reflect the world around us,” the page says.

To merit the Times’ attention, couples must first puzzle through what “diverse love” is before ensuring that they present themselves as “interesting,” or at least what passes as interesting to Times editors. Pity the boring couples who didn’t nearly die while summiting K2 together or parlay their dating traumas into a hit podcast. A smattering of Mini-Vows announcements from late January included stories such as “Holding On Through Tragedy After Tragedy” and “United by Sorrow, They Forged a Joyful Future.” The old Times wedding announcements, which listed the backgrounds of the bride and groom (and, until recently, those of their parents) had the stuffy and often WASPy tone of a mergers-and-acquisitions statement. The new Times wedding announcements have the unnerving, forced zaniness of an episode of Married at First Sight.

Then again, to garner the new Weddings section imprimatur, the most radical act might be to refuse to get married at all. “We’re looking to tell stories of commitments that are not necessarily associated with marriage,” Alexander says. “What we’ve been seeing is that a lot of people are not getting married and are not committing in that traditional sense.” She adds, “We will begin to tell stories outside of our traditional Mini-Vows that explore relationships outside of what we know to be marriage…. I do feel that it is time that we get into what is considered nontraditional and kind of normalize that.” She wants to “expand what the word commitment means.”

But why do this in a section traditionally devoted to an age-old institution? It’s not like the Times doesn’t already cover alternatives to marriage in its pages. The paper’s Modern Love column is devoted to the quirkier side of finding happiness, often in nontraditional relationships. A recent feature explored the “poly adventures” of various throuples. And when writing about marriage, the general tone is one of horrified skepticism. The advice columnist Heather Havrilesky offered up a first-person essay about marriage that began with the question “Do I hate my husband?” and answered, “Oh for sure yes, definitely.” A recently divorced essayist asked, “What Does Marriage Ask Us to Give Up?” (Hint: The correct answer is Too Much.)

Of course, college-educated elites are still by and large marrying each other, a fact left unmentioned and unexplored in the reimagined Weddings section. It’s an odd omission given how much class (and class envy) has always loomed large in its pages. The new coin of the realm might be paeans to “diverse love” and trauma rather than degrees from Harvard and Yale, but at the end of the day, the Times is still documenting an elite sport.

In one sense, the new Weddings section guidelines are the perfect encapsulation of the views of our elite cultural arbiters: A wedding section that is not about weddings, and that demands from its subjects an extraordinary degree of solipsism and the airing of trauma and grievances (both real and imagined) to make their stories worth featuring.

Whatever the dramatic potential of such coverage might be, the central purpose of the reimagining of the Weddings section is to promote the destruction of traditionalism—and then to cheerlead for that destruction. It encourages readers to see the institution of marriage more as a yoke than a bond. It views courtship as an arduous struggle rather than an adventure. The impulse is destructive and revolutionary, even if it proves fluffy, dull, and ludicrous in its execution. 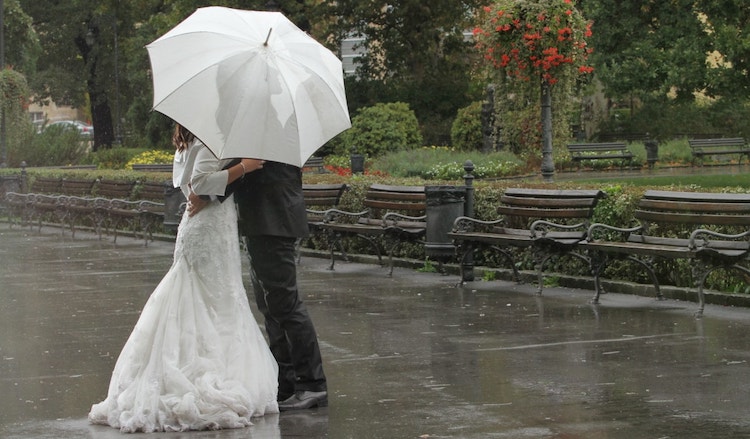