If you are a psychologist concerned about the health and well-being of boys and men, there are many matters to which you might turn your attention: In the United States, these would include drug use, high suicide rates, educational achievement rates that lag far behind those of women, and shortened life expectancy, to name just a few. But if you examined the recently issued American Psychological Association guidelines for practitioners who treat boys and men, you would think the main challenge facing men today is masculinity itself.

Masculinity, according to the report, is a “particular constellation of standards that have held sway over large segments of the population, including: anti-femininity, achievement, eschewal of the appearance of weakness, and adventure, risk, and violence.” In a summary of the study on the APA’s website, Stephanie Pappas writes of the guidelines, “Thirteen years in the making, they draw on more than 40 years of research showing that traditional masculinity is psychologically harmful and that socializing boys to suppress their emotions causes damage that echoes both inwardly and outwardly.”

And so “traditional masculinity” now joins “patriarchy” as an abstract but menacing force that exercises complete power over its hapless conduits (men) who then wield it to harm everyone else. (Patriarchy does not go unmentioned in the guidelines; as psychology professor Ronald F. Levant told Pappas, “though men benefit from patriarchy, they are also impinged upon by patriarchy.”)

What, then, will the kinder, gentler, nontraditional masculinity ushered in by the APA’s eager practitioners look like? Reading the report, you’d be forgiven for thinking you’d stumbled across a term paper written by a mediocre women’s-studies major. Theory and jargon suffuse the very first guideline, which states, “Psychologists strive to recognize that masculinities are constructed based on social, cultural, and contextual norms.” We are told that “dominant masculinity was historically predicated on the exclusion of men who were not white, heterosexual, cisgender, able-bodied, and privileged.”

By guideline three we are, predictably, reading about the impact of “power, privilege, and sexism,” and readers are reminded that “male privilege often comes with a cost in the form of adherence to sexist ideologies designed to maintain male power that also restrict men’s ability to function adaptively.”

Missing entirely from the report is any mention of the one real thing (as opposed to made-up post-structuralist theoretical things) that does impact men: testosterone. Instead we read of “heteronormative assumptions” and “binary identity” and “microaggressions.” As Toby Young noted in the Spectator, “the word ‘transgender’ occurs more often (56) than ‘masculine’ (53).” As for what psychologists should do with men who are stubbornly, traditionally masculine, the guidelines advise: “Strive to create psychoeducational classes and workshops designed to promote gender empathy, respectful behavior, and communication skills.” Group hug, everyone!

Even when the guidelines properly identify some of the challenges facing boys (such as the fact that they are falling behind girls academically), its authors miss an opportunity to deal with actual challenges as opposed to theoretical ones. Why is the educational system more amenable to traditionally female behavior in the classroom than to male behavior? At the elementary-school level, where most teachers are female and where the supposed pathologies of boys (e.g., difficultly sitting still and concentrating) often first emerge, such behavior is viewed as early evidence of the disease of “traditional masculinity” rather than an understandable expression of frustration with a system that doesn’t always take the needs of young boys into account.

And so the guidelines paint boys as the bad guys ruining school for everyone else. Although they concede that “addressing the school-related problems of boys is also important,” they deem it so “because many of the problems posed by boys in schools (e.g., classroom disruption, poor organization, sexual harassment, bullying, discourtesy) have a detrimental impact on the academic and social experiences of other students.” As to what is causing Johnny to squirm in his chair during social studies or bother his classmate when he’s distracted? Easy: “Constricted notions of masculinity emphasizing aggression, homophobia, and misogyny may influence boys to direct a great deal of their energy into disruptive behaviors such as bullying, homosexual taunting, and sexual harassment rather than healthy academic and extracurricular activities.”

As these guidelines reveal, an abstraction like “traditional masculinity” brings confusion rather than clarity to the challenges facing boys and men. It also provides convenient cover to ideologically motivated psychologists who would rather complain about broader structural forces than engage with the messy realities of male patients who, like ever other person on earth, are merely trying to navigate life’s many challenges.

Attacks on masculinity sacrifice the best interests of individual patients to service a political agenda. Consider the final guideline offered in the report: “Work with public health officials to disseminate information regarding the destructive aspects of rigid notions of masculinity may result in inclusion of gender-sensitive public health initiatives for boys and men. Psychologists also are encouraged to advocate for more financial support for research studies aimed at boys and men with special attention to neglected areas of research, such as examining masculinity with other social identity–based experiences.”

Consider a father involved in a custody battle. What happens when he takes his son hunting and a therapist, following the APA’s guidelines, determines that such behavior encourages “heteronormative assumptions” and violence? What if the family-court judge agrees?

Calling for an end to masculine behavior won’t help the men who most need guidance. On the contrary, it polarizes them. This is why far-right extremists online describe the world as divided between real men (themselves) and “soy boys” (everyone who disagrees with them). Their reactionary masculinity and puerile posturing is unlikely to be improved by psychologists hectoring them about their male privilege and “boy code” norms.

These guidelines will effectively be APA policy for the next 10 years, serving as the guideposts for all therapists who treat male patients. In a culture already rife with casual misandry and one where hyperemotional responses move at the speed of Twitter, there is plenty of room for a virtue like stoicism, which the APA claims is harmful to men. Left-leaning psychologists might not like men who embody stoicism, or the competitive instinct that fuels high achievers, or the disciplined aggression that makes for an ideal soldier, but our world would be a less free and prosperous place without them.

In The Triumph of the Therapeutic, Philip Rieff noted, “Power is one thing. Authority another. Therapeutics derive their authority from their role faiths.” As these new APA guidelines suggest, today’s adherents of the therapeutic faith worship the false god of intersectionality. One can only hope that this modern Baal will eventually enjoy the fate of its predecessor. 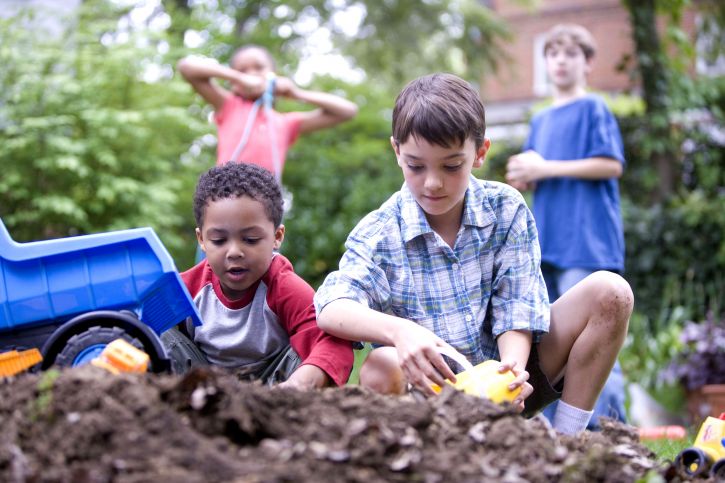