Social media has transformed many industries, but perhaps none as dramatically and, in many ways as detrimentally, as the mainstream media. Platforms such as Twitter and TikTok have made social-media stars out of a certain kind of reporter, one who often ends up in a feedback loop of performative tweeting and partisan signaling that undermines the integrity of the institutions she relies on for her paychecks. By refusing to rein in such behavior by their employees, those same institutions effectively incentivize it.

The result, as the career of New York Times reporter Taylor Lorenz shows, is the Teen Vogue–ification of journalism.

Lorenz gained some notoriety last year when it emerged that she was almost single-handedly responsible for making the anti-Trump TikTok videos created by 15-year-old Claudia Conway (whose mother, Kellyanne Conway, was at the time a Trump White House aide) go viral by retweeting them to her 200,000-plus followers. “Claudia Conway is not holding back,” Lorenz wrote, in one encouraging tweet.

When people criticized her for exploiting a minor who was clearly in emotional distress, Lorenz claimed that she had done nothing wrong because she and Claudia were “mutuals” and that Claudia “literally talked to her” about getting more followers. (Lorenz, as is her habit, has since deleted these tweets.) Even after Claudia’s father, George, pleaded with media outlets to “desist” contact with his daughter, Lorenz continued to amplify his troubled teenage daughter’s posts.

Grooming minors online for clicks turns out to be a Lorenz specialty. As she told the online trade magazine Digiday, the parents of teens she talks with for her stories often “aren’t fully aware” that she is in touch with them. “The biggest, most challenging thing about my job is getting teenagers to talk to me on the phone and getting them to let you into their house and follow them around,” she said. Luckily for Lorenz, “women have an advantage” here: “I think it’s much easier for me to slide into these people’s DMs in a non-threatening way than from a male journalist in his thirties kind of DMing random teen girls. So I definitely use that to my advantage.” When criticized for this approach, Lorenz said it was “bad-faith bulls—t” in a (surprise!) now-deleted Tweet.

Lorenz’s lack of journalistic ethics also worked to her advantage when she began writing about a new platform for audio conversations called Clubhouse. For months, Lorenz was allowed to listen in on conversations among venture capitalists and Silicon Valley types on the invitation-only platform. In May 2020, she wrote a generally positive article for the Times about the app, which effectively allows people to drop in and out of conversations that groups of people are having on a range of subjects. She told a reporter at Wired that she enjoyed hanging out in smaller rooms talking to younger people and confessed to spending up to four hours a day on Clubhouse: “I became tight friends with them and loved hanging out on the app.”

As it turns out, the “friendships” Lorenz thought she was cultivating were one-sided. She complained to Wired that “as a young woman” (she’s in her late 30s, but whatever) she had “difficulty getting recognized to speak in the bigger rooms” and had to endure the horror of listening to criticism of the mainstream media by other participants.

Her response wasn’t to assess and report objectively on these goings-on; it was to embrace what the radical writer Glenn Greenwald memorably labeled the role of “journalistic tattletale.” The role is an “unholy mix of junior high hall-monitor tattling and Stasi-like citizen surveillance,” he says. “It is half adolescent and half malevolent. Its primary objectives are control, censorship, and the destruction of reputations for fun and power.”

To this end, Lorenz compiled a lengthy list of what she deemed “Clubhouse Moderation Issues and Incidents,” posted them on Medium, and urged others to send her their reports of “harassment, abuse, extremism, disinformation, or scams.” Invoking the favorite shibboleth of the woke Millennial worker—safety—Lorenz told Wired, “I don’t plan on opening the app again. . . . I don’t want to support any network that doesn’t take user safety seriously.”

In fact, Lorenz was annoyed that many people on Clubhouse had exercised their right to block her from listening in on their conversations, perhaps because they had surmised (correctly) that she intended to quote them out of context and make them look bad as part of her journalistic tattle-tale-ing. Lorenz herself frequently blocks anyone on Twitter who criticizes her reporting or points out her own position of privilege (she grew up in the tony Connecticut town of Greenwich and matriculated from an expensive Swiss boarding school).

And yet, for all of her faux outrage about Clubhouse’s supposedly rampant misogyny, she was soon back on the app trolling for stories.

When she couldn’t find one, she fabricated one. In February, she posted on Twitter that the venture capitalist Marc Andreessen was “just openly using the r-slur on Clubhouse tonight and not one other person in the room called him on it or is saying anything.” The problem (aside from the fact that it took some people several minutes to figure out what the “r-slur” was): What she said was a lie. The moderator of the conversation immediately stated that Lorenz’s accusation was false, as did many others, who pointed out that Lorenz herself had admitted (in several now-deleted tweets) that she had purposely gotten a Clubhouse burner account to circumvent Andresseen’s earlier blocking of her. “Try and block me now,” she taunted Andreessen on Twitter.

Rather than apologize for her egregious error, Lorenz took the opportunity to scold others who were involved in the conversation, tweeting that those who used the word should “think more carefully” about what they were saying (yes, of course, she then deleted her own tweets). She later published a piece about Clubhouse in the Times in which she fretted that “Clubhouse’s users have conducted unfettered conversations.”

A few weeks later she was back at it again, only this time she made herself the center of attention: “It’s Friday night and Marc Andreessen and Charles C. Johnson are in a room bashing me on Clubhouse,” she tweeted. In fact, the only thing Andreessen had said was, “I don’t want to talk I’m here to listen.”

Lorenz has formalized the act of picking fights with people she is supposed to be covering as a journalist and, when they respond to her or defend themselves, going on to claim she is the victim of their harassment (in one case, she accused a woman she’d smeared online of “stalking” her). She then deletes her own tweets and blocks her critics. She has had many such interactions with fellow journalists as well. And yet when it suits her, Lorenz uses her supposedly personal relationships with sources to deflect from her poor journalism by claiming they are just her “friends” or, in the case of an underage child, her “mutuals,” so her suspect reporting on them shouldn’t be judged by normal journalistic standards.

Her own employer seems to agree. As New York observed after the ousting of Times op-ed editor James Bennet, “everyone in the newsroom recognized that they were beholden to the techsurrectionists, who didn’t seem to understand the messy humanness that went into the Times’ journalism but did hold the keys to its business future.”

No wonder Lorenz has no fear of ever becoming the victim of cancel culture herself, despite her many errors and lies. As she told the writer Katie Herzog in 2019: “My general take on it is that it’s very toxic but also necessary. We are in the correction phase right now and everyone is indiscriminately calling each other out, and that’s because we’re working to set new standards and norms as a society.”

Lorenz clearly sees herself as the vanguard of those who should be setting these norms. Open-ended private discussion platforms like Clubhouse are a direct challenge to her ability to do so, however, because they don’t pay homage to woke virtues. They also allow those pesky “unfettered” conversations to happen, including ones where people are willing to point out that when a privileged reporter who is pushing 40 is still clout-chasing on social media by stalking teenagers and libeling venture capitalists, she’s more villain than victim. 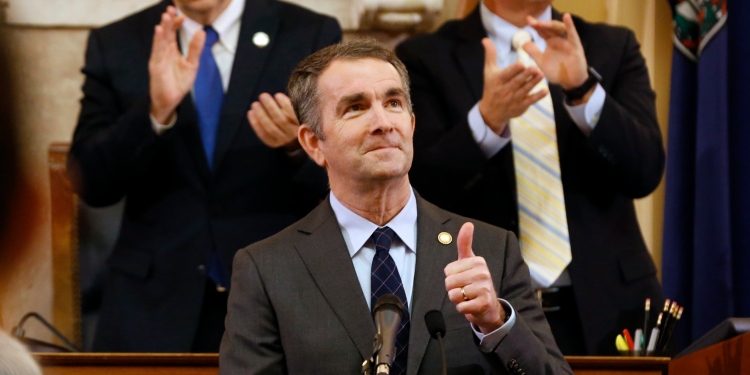