Gertrude Himmelfarb, who died in late December at age 97, has been deservedly praised as a historian, essayist, and sharply observant critic whose influence on American cultural and political life was formidable. How did a young Jewish woman born of working-class immigrants in Brooklyn in 1922 become a powerhouse whose excavation of the Victorian-era moral universe continues to inform cultural and political conversations about poverty, marriage, family, and virtue?

Himmelfarb was the rare intellectual whose ideas commanded the attention and respect of both her scholarly peers and policymakers, and she conveyed those ideas in fluid, beautiful prose that bore the mark of someone who spent her life deeply immersed not only in history but also in literature. (Her respect for the written word was so great that she prompted a heated debate among readers when she declared in the New York Times Book Review that the decline of the use of footnotes signaled a “moral lapse”.)

Best known for her studies of the Victorian era and its values, Himmelfarb was first and foremost a rigorous and brilliant student of human nature. The subjects she chose offer a window into her sensibility: They were complicated and challenging men and women who were often as practiced in the art of intellectual self-deception as Himmelfarb was in the art of exposing it. She peeled back their layers, showing us their motivations, mindsets, and, often, their fears, and in the process revealed broader lessons about the vices and virtues of their time.

She had the humility of the best historians in that she was determined to understand rather than convict these people from the past. But she also had little patience for the shibboleths of any era and as a result was willing to offer bold reinterpretations of people such as Charles Darwin and John Stuart Mill and, later, to revisit her own initial judgments of those same subjects.

She did all of this as a woman who was also a wife and mother, without invoking either condition as a moral high ground or an excuse. Conservatives are understandably allergic to identity politics, but at times that allergy can prevent us from appreciating how identity can positively shape a person’s intellectual journey. Himmelfarb’s work stands on its own merits, and her professional and personal success is a testament to her incredible intellect and discipline. But it’s also a powerful rebuke to the narrative of victimhood and persecution that second-wave feminism likes to impose retroactively on earlier generations of women like Himmelfarb.

Which is not to say that being a woman didn’t influence her intellectual life. She engaged questions that at the time were overlooked and unpopular in the profession and that, perhaps, only an outsider could identify as worthy of examination. As a result, she was never afraid to take risks in her pursuit of a better understanding of the past. She challenged the conventional wisdom of her field by reinterpreting the Victorian era’s values as beneficial rather than oppressive. And she was unafraid to examine the limits of freedom, as freedom was portrayed in the work of theorists such as John Stuart Mill. As she wrote in On Looking into the Abyss, there is much to be said for avoiding both “the horrors of absolute power and the excesses of absolute liberty.”

She demonstrated a similar radical pragmatism in her personal life. Himmelfarb, who was known to family and friends as Bea Kristol, used her maiden name professionally throughout her life not as an act of feminist resistance but because she was too busy to deal with the paperwork involved in changing it, even though most women of her generation did so. This boldness in the service of a larger practical vision strikes me as a hallmark of both her life and her scholarship. So, too, her wisdom in choosing a spouse, Irving, who fell in love with and supported that unique combination of qualities throughout their long marriage.

For all of contemporary feminists’ complaints about the lack of female mentors or female role models, Himmelfarb was always there, hiding in plain sight, showing by example that if you pursue your intellectual calling with integrity (and choose a partner who supports that calling), you don’t need to be rescued or lectured or taught how to “have it all.” You can simply get on with it and do the work, which will ultimately speak for itself.

And that work can speak loudly even about seemingly quiet things: Himmelfarb’s writing about poverty in the Victorian era, for example, is in fact an extended examination of the idea of compassion. Similarly, her studies of manners and mores in the Victorian era serve as a pointed warning about the dangers of hastily abandoning virtues in the name of “progress.” Absurdly denounced as a moralizing scold by some critics on the left who failed to understand the nuances of her arguments, Himmelfarb studied the past not to indulge in moral preening about the superiority of the present but to discover what virtues we might have forgotten that still have relevance for today—temperance and humility, restraint and modesty, fortitude and self-discipline. Such qualities were, Himmelfarb argued, “the morality that dignifies and civilizes human beings, removing us from our natural brutish state.”

They were also, as Himmelfarb argued, available to anyone, regardless of station. The moral life has no class or educational or racial or religious boundaries, her work revealed; virtue transcends all of these, as Himmelfarb understood some of our Victorian ancestors hoped it would. This sensibility, which she admired in the Victorians as much as earlier writers such as Lytton Strachey had abhorred it, also protected the Victorians from the corrosive elite sanctimony that so often infects reform efforts, then and now.

Himmelfarb was also clear in her approval of earlier eras’ willingness to judge conduct and issue consequences. In The Demoralization of Society, she noted approvingly, “When conduct fell short of those standards, it was judged in moral terms as bad, wrong, or evil—not, as is more often the case today, as misguided, undesirable, or (the most recent corruption of the moral vocabulary) ‘inappropriate.’”

Her tough-mindedness about consequences grew out of her studies of revolutionaries who only wanted to impose them on others while they built utopias they assumed wouldn’t need them. Writing about the French Revolution’s most ardent adherents in the Public Interest in 2001, Himmelfarb observed, “The vacuum in their soul was promptly filled by the ideal of the perfectibility of man. . . . They adored the human intellect and had supreme confidence in its power to transform laws, institutions, and customs. But the intellect they adored was only their own.”

Himmelfarb herself never succumbed to such intellectual narcissism. She was unfailingly generous to other writers, editors, and to her students. Some years ago, after I published an essay about the cultural impact of video games, I received a note from Bea with a thoughtful, witty, critique. She raised important questions and offered both encouragement and suggestions for further reading in history and sociology that informed the writing I have done on technology ever since. It was the kind of thing she did for countless writers over the course of her lifetime; although the cumulative effect of such small acts of intellectual generosity are difficult to measure, they are cherished by everyone fortunate enough to have been the recipient of such largesse.

In the epilogue to The Demoralization of Society, Himmelfarb noted of the past, “The sense of values lost may be as palpable as the values we do have.” So, too, the sense of loss we feel now that Himmelfarb is gone. Her lifelong fascination with and explication of the complicated, contradictory, passionate, messy lives of people in the past produced work that will continue to offer insights to those of us in the present. But Gertrude Himmelfarb’s unique and compelling combination of intellectual rigor, generosity of spirit, and virtue was astonishingly rare, and will be deeply missed. 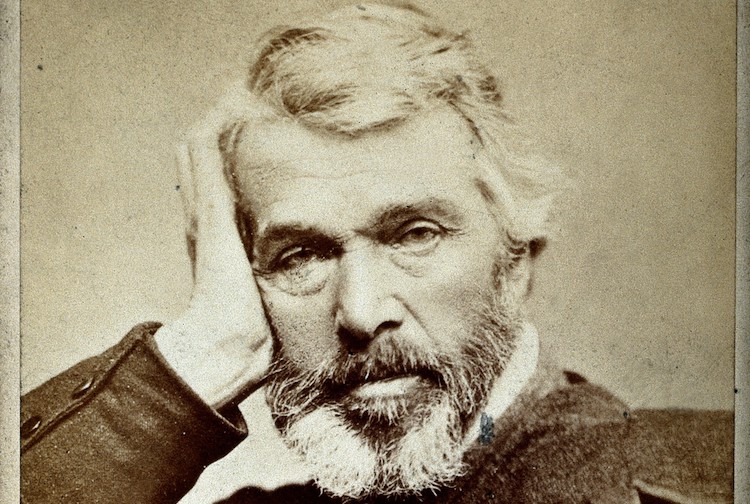 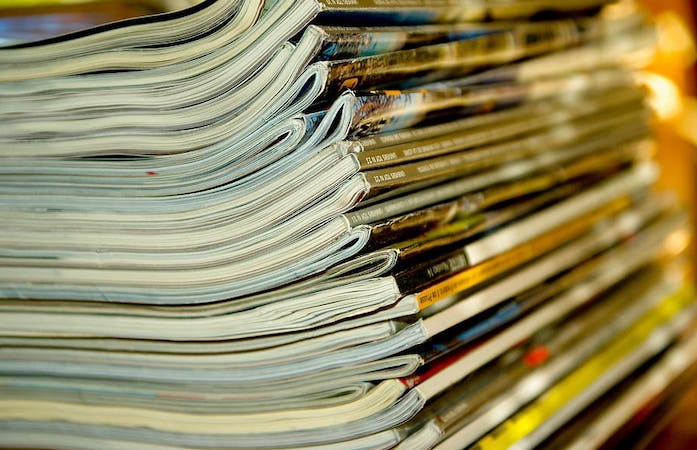 How Alan Sokal Won the Battle but Lost the ‘Science Wars’ 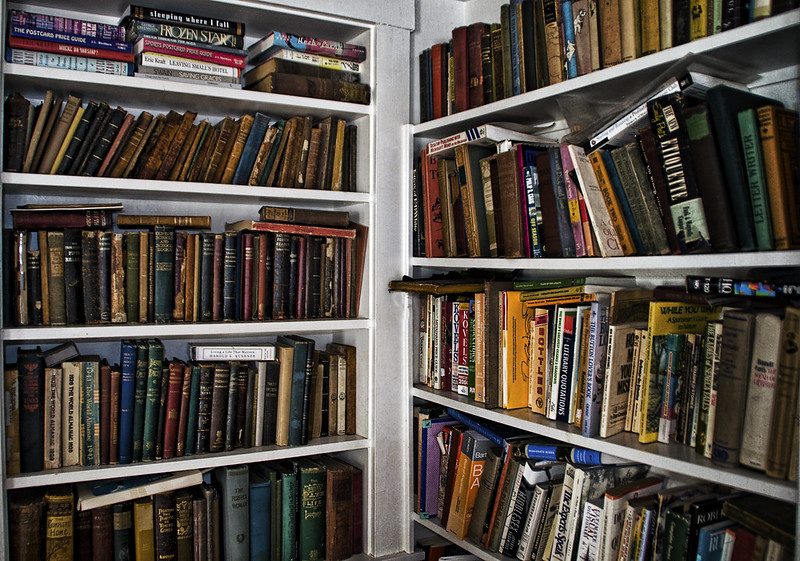 A Gallery of Know-It-Alls