In the years when social media was still bright, shiny, and relatively new—which is to say, a decade or so ago—Facebook and its ilk were the subjects of feel-good articles that collectively suggested Aldous Huxley had gotten it wrong: We weren’t moving into a dystopian Brave New World but rather a utopian Nice New World. There was the one about the NASA astronaut who sent the first tweet from the International Space Station, and the New Yorker profile of Mark Zuckerberg that unironically repeated his claim that Facebook was “trying to make the world a more open place.”

Twitter users could thrill to pieces praising the platform for aiding the democratic “Arab Spring” uprisings in Tunisia, Egypt, Iran, and other parts of the Arab world. “Twitter and other social-media outlets have become the soft weapons of democracy,” gushed former George W. Bush national-security staffer Mark Pfeifle in the Christian Science Monitor as he argued that Twitter should receive the Nobel Peace Prize.

Social media’s progressive credentials were impeccable. Countless trend stories praised the skill with which Barack Obama’s presidential campaign had used data and social-media platforms. U.S. News & World Report called 2008 the “Facebook election” in part because one of the digital strategists working for the Obama campaign was Facebook co-founder Chris Hughes. “Obama is a new-generation politician who shrewdly understands the electoral power of the Web,” the story noted. Four years later, when Obama won reelection, MIT Technology Review explained that “Big Data Will Save Politics.”

President Obama’s enthusiasm for Silicon Valley’s promises lasted throughout his administration, undisturbed by any concerns about potentially harmful side effects to democracy. As the Obama White House archives boast, “President Obama is the first ‘social-media president’: the first to have @POTUS on Twitter, the first to go live on Facebook from the Oval Office, the first to answer questions from citizens on YouTube, the first to use a filter on Snapchat.” The burgeoning use of social media by politicians from the president on down mirrored the behavior of the nation. In 2005, according to Pew Research, only 7 percent of American adults were using social media; 10 years later, that number would reach 65 percent.

But by 2019, even Obama the “social-media president” was chastising Donald Trump for spending too much time on Twitter. As the Washington Post reported, Obama told a group of tech executives, “The other thing that is helpful is not watching TV or reading social media. Those are two things I would advise, if you’re president, not to do,” Obama said. “It creates a lot of noise and clouds your judgment.”

Obama wasn’t the only former social-media enthusiast to have experienced a change of heart. Evidence that privacy violations were the rule rather than the exception on platforms such as Facebook, as well as clear cases of foreign governments using social-media platforms for disinformation campaigns intended to polarize the American electorate, led to a dramatic shift in opinion about social media in just a few years. Liberal technocrats who once claimed that Silicon Valley would run the world better than fusty old democratically elected politicians are now crying for Big Tech to be broken up in the name of anti-trust, Obama’s and Facebook’s own Chris Hughes foremost among them. Many such people want political ads on social-media platforms to be censored or banned outright. “Social media is broken. It has poisoned the way we communicate with each other and undermined the democratic process,” Annalee Newitz lamented in the New York Times in November.

What happened to our love affair with social media? Contrary to much of what has been written, the story of the last decade of social media isn’t a tale of Russian-driven misinformation but of a misunderstanding of human nature. We have not taken the full measure of the kinds of problematic behaviors we know these platforms reward. We are confused about how to respond to their power to amplify and accelerate scandals and call-out culture. And we are at a loss about how to address their parlous effects not only on citizens but on the politicians we expect to lead us.

If one figure can be said to embody all of these trends, it’s former Democratic politician Anthony Weiner. Matt Berman of BuzzFeed makes a persuasive case when he argues that Weiner “changed the course of American history when he tweeted out a picture of his d–k on May 27, 2011.” As Berman describes, that single act not only led to the unraveling of Weiner’s career (and a stint in prison for sending explicit material to a minor). It set in motion a series of events, notably the discovery by the FBI of emails on Weiner’s laptop, that reignited the closed investigation into Hillary Clinton’s use of a private email server 10 days before the 2016 election. The reopening of the problem arguably gave us the first real social-media president: Donald Trump.

Trump’s broadcasting of his id in real time on Twitter amuses his supporters and appalls his opponents. But his use of Twitter is merely a demonstration of the platform’s longstanding and finely engineered purpose: to provoke strong reactions. There’s no place for nuance on social media. Like members of a well-functioning hive, Twitter users swarm over the latest scandal or rumor, attack, then disperse until the next outrage is proffered. That is what they are meant to do.

The frequency and intensity of our recent online wars has led to many misapprehensions about their impact on democracy. The first is the belief that the people fighting online represent a majority of Americans when it comes to politics. As Pew Research noted in October, “97 percent of tweets from U.S. adults that mentioned national politics over the study period came from just 10 percent of users.” And those users are highly partisan: “Tweets from users who strongly disapprove of Trump are especially prominent: This group generates 80 percent of all tweets from U.S. adults and 72 percent of tweets mentioning national politics.”

Another misunderstanding is that social media is largely responsible for generating the new wave of populist (and far-right) radicalization that led to Trump (as well as climate-change skepticism, anti-immigrant sentiment, transphobia, and any other policy with which left-leaning social-media users disagree).

Although social media provides a space for like-minded people (even racist, sexist, violent people) to find one another, a study by scholars in France, Canada, and the U.S. on “Right-Wing Populism, Social Media, and Echo Chambers in Western Democracy” uncovered no correlation. Quite the opposite: “Overall, we do not find evidence that online/social media explain support for right-wing populist candidates and parties. Instead, in the USA, use of online media decreases support for right-wing populism.” They also found “little support for the popular idea that social media played a special role for Trump supporters,” adding: “While Trump himself clearly used Twitter in special ways, we do not see evidence of something comparable among his supporters.”

Nevertheless, liberals who were happy to scroll by political ads on social media when they were used by the Obama campaign to twice win the presidency now want “fact-checking” of anything Trump wants to advertise on Facebook—not only because they loathe Trump but because they sincerely fear that ordinary people will believe anything they see (and vote accordingly). This, too, is a misunderstanding. A study of the impact of “fake news” on the 2018 elections by researchers at Dartmouth found that “the prevalence of fake news and political advertising on Facebook seem to be overstated.”

Anxious Democrats ought to be heartened to learn that, according to a study published in November in the Proceedings of the National Academy of Sciences about the impact of Russia’s misinformation campaign on Twitter during the 2016 election, “the authors found no evidence that trolling accounts maintained by the Russian Internet Research Agency (IRA) significantly influenced ideology, opinions about social policy issues, attitudes of partisans toward each other, or patterns of political following on Twitter.”

The reason isn’t entirely reassuring, however: “IRA accounts may not have significantly polarized the U.S. public, in part because they mostly interacted with individuals who were already highly polarized.”

In fact, there is some evidence that it is not rabid right-wingers but liberal social-media users whose views have been sharpened to a point. As the Wall Street Journal found, “research by Zach Goldberg, a political-scientist doctoral candidate at Georgia State University, suggests that social media contributed to the radicalization of white liberals on identity issues in the late Obama years.” It was during this time that platforms such as Facebook were “cluttered with social-justice clickbait stories like ‘Young Conservative Tries to Mansplain Hijab in Viral Olympic Photo, Gets it All Wrong.’”

In his forthcoming book, Politics is for Power, political scientist Eitan Hersh calls our collective participation in politics through the medium of social media “political hobbyism.” He identifies two reasons why it is dangerous. First, it makes politics worse by incentivizing the wrong behaviors in our elected leaders. “Our collective treatment of politics as if it were a sport affects how politicians behave,” Hersh writes. “They increasingly believe they benefit from feeding the red meat of outrage to their respective bases, constantly grandstanding for the chance that a video of themselves will go viral. In treating politics like a hobby, we have demanded they act that way.”

Second, it takes people away from practicing politics in real life while simultaneously reassuring them that their superficial hot takes on Twitter count as political engagement. “Technological changes have strengthened forms of political engagement that are motivated by emotional needs and a pursuit of personal gratification rather than a deeper commitment to the common good,” Hersh concludes.

Despite claims about creating a digital “public square” and connecting the world, social-media platforms over the past decade have instead created an often toxic, liminal space that continues to defy cultural, political, and regulatory efforts to tame it—all while remaining wildly popular with the users who spend so much of their time within their confines. Whatever social media ends up doing to us in the next 10 years, we can’t say we haven’t been warned. 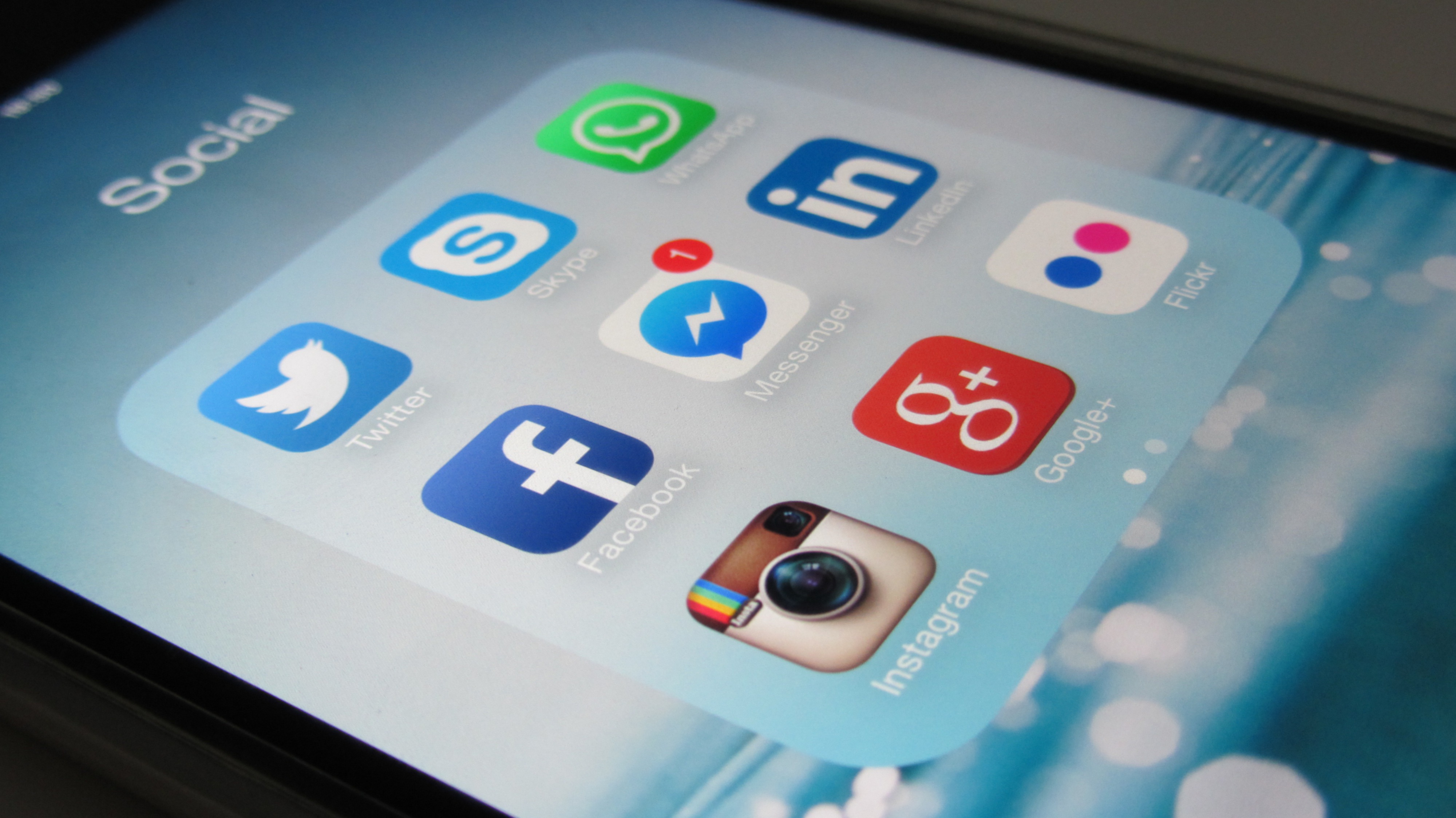 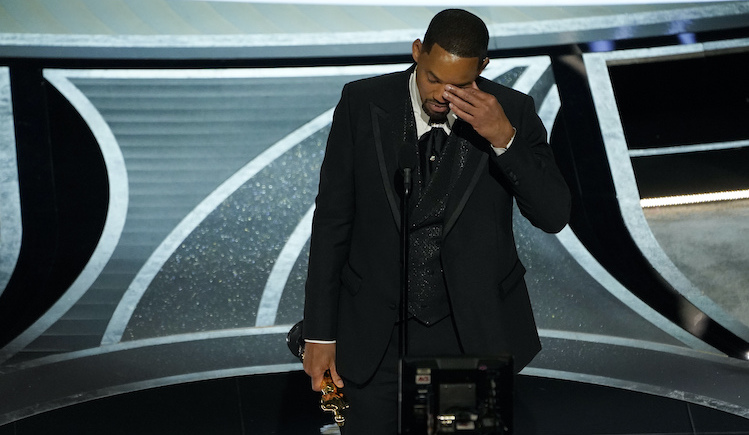 The Tragedy of Will Smith