In June 2020, in the heat of the protests and riots after the killing of George Floyd, vandals in a state capital tore down a statue of a bearded white man who wore a Civil War uniform. They used a chain and towing vehicle to rip the emblem of white supremacy from its plinth and then, like good revolutionaries, chopped off its head before throwing the corpse into a nearby lake. They then sprayed “BLACK IS BEAUTIFUL” on the empty pedestal.

One problem: This was a statue of Hans Christian Heg, a Norwegian immigrant and abolitionist who died of wounds suffered while fighting for the Union Army in 1863. Sadly for the Madison, Wisconsin, rioters, not only has Heg’s statue been restored, but calls for the removal of a prominent statue of Abraham Lincoln on the UW-Madison campus have gone unheeded—though the school did recent- ly remove a 40-ton boulder that offended students because a newspaper article used a racial slur to describe it 100 years ago.

Although events like these might be mistaken for satire, Douglas Murray warns in his new book The War on the West that to dismiss such outbursts is to “prematurely surrender” in a struggle over the meaning of our past and the direction of our future. In this conflict, “everything connected with the Western tradition is being jettisoned” because critics of the West bind its entire history to slavery, colonialism, and other forms of white supremacy. These warped charges ignore the remarkable contributions that Western civilization has made to people around the world, and they also fail to hold other cultures or movements—China, the Soviet Union—to the same high standards. As a result, “the Western tradition has moved from being celebrated to being embarrassing and anachronistic and, finally, to being something shameful.”

Murray, an associate editor of the Spectator whose previous books include The Madness of Crowds, traces the various ways critics attack the West. They use critical race theory, racism posing as anti-racism, and other means “to demonize white people.” They embrace, and ignore the faults of, non-Western cultures. They reframe history and defame its heroes. And they reject its cultural achievements because they reflect values other than those of the present day. If Jonah Goldberg hadn’t used the title several years ago, this book may have been called Suicide of the West, as one of Murray’s recurring points is that these efforts are often led by “people inside the West intent on pulling apart the fabric of our societies, piece by piece.”

Readers who have been masochistic enough to follow the news over the past two years will be familiar with many of the tales that stain these pages, such as Jussie Smollett’s imaginary MAGA attackers and the 1619 Project’s re-founding of America. They may also be able to add a few that Murray could have included: There’s no mention of the Madison vandals, or the rush to judgment of the Covington Catholic students, or NASCAR’s panic over a garage door-pull rope that was misidentified as a noose.

It’s hard to blame Murray for not being comprehensive—there has been too much rage and weirdness to catalogue in a single book. And what he misses in the States, he makes up for by exploring abroad. An Englishman, Murray devotes significant attention to what’s going on across the Atlantic, including fraudulent claims about Admiral Nelson and Cecil Rhodes, as well as sustained attacks on the reputation of Winston Churchill. “If Churchill’s good points cannot outweigh any bad points,” Murray reasonably concludes, “then no one can ever do enough good in their lives.” The same can be said of Lincoln.

The targets aren’t just major historical figures. One of Murray’s most fascinating examples is the controversy over a mural in a restaurant in London’s Tate Gallery. Because Rex Whistler’s work, painted in the 1920s, features stereotypical and upsetting depictions of non-Europeans, a committee decided to close the restaurant to the public. Murray makes a cogent argument for why these painterly details, far from approving representations of racism, are provocative statements about the shortcomings of human nature. Other fascinating passages that tread unfamiliar ground are Murray’s discussions of how the rush to promote anti-racism has infected such relatively obscure concepts and disciplines as musical notation and gardening.

Murray insists that to win this war, defenders of the West must recognize the historical and factual errors of their adversaries. In reference to the stories about the police shooting of Michael Brown in 2014, Murray urges that “the details are worth fighting over, bitterly if need be . . . because America is the world’s most powerful nation, the world’s most influential nation, and the nation whose sins and errors are likely to be exported just as much as are its virtues and attainments.” Conversely, he shows how the pressure to atone can crush all concern for detail or historical fact. The Church of England recently returned two sculptures to Nigeria because of claims that they were the spoils of colonial conquest; in fact, the University of Nigeria gave them to the Archbishop of Canterbury in 1982.

Murray takes aim at anti-Western cant such as “de-colonize your library.” That and its cousin “de-colonize the canon” mean, of course, to fill these institutions with works by artists from minority backgrounds. But, following the language closely (we are talking about literature, after all), I wonder just who are the colonists in this metaphor: The white authors who originally inhabited the canon and libraries in question, or the authors of color displacing them? Murray also addresses the common charge of cultural appropriation, pointing out that when Western artists integrate the “aspects of the culture of a group other than the group they happened to have been born into,” they did so “to understand the human condition and reflect it in all its richness.” Or, as the singer Daryl Hall once said when he learned that academics believed that white musicians who emulated Motown and Philly soul were guilty of cultural appropriation: “Academia. Now there’s a hotbed of idiocy.”

At times, Murray’s criticisms are a bit undercooked. In a section about efforts to eliminate standardized tests, Murray quotes a tweet from teachers’ union president Randi Weingarten: “Standardized testing doesn’t help kids learn, and it doesn’t help teachers teach.” Murray claims that “we are never told” what does matter. That’s true, yet it’s unrealistic to expect a tweet to present a full argument, and a visit to the website of Weingarten’s union would have answered that question for Murray.

Elsewhere, he quotes a scholar’s analysis of Shakespeare’s imagery of black and white: “This language is all over the place, this language of dark and light.” Murray interprets that phrasing to mean that “Shakespeare is a very sloppy writer…. It is an interesting claim this, by a professor of English literature.” But a better interpretation of “all over the place” in this context is that the imagery is recurring—quite a reasonable claim about Shakespeare’s technique. (That is not to say, of course, that the scholar’s overall critique is sound.)

Most significantly, I fear that Murray takes a wrong turn in his final pages, when he offers answers to the challenge Marc Lamont Hill presented to the Manhattan Institute’s Christopher Rufo: “Name something positive that you like about being white.” Murray imagines possible “soft” answers to this challenge before giving “the nuclear answer,” the heart of which is: “The good things about being white include being born in a tradition that has given the world a disproportionate number, if not most, of the things that the world currently benefits from.” There are nearly four pages of this proposed response, counting the contributions and accomplishments of “White people,” “White western peoples,” or “Western people.”

The problem with this answer is that it implies what I think is a false sense of unity among Western nations and cultures. Western civilization is indeed remarkable and should be preserved. We should be  grateful for and appreciative of the West’s development of representative government or Bach’s Mass in B Minor (to name two examples Murray provides). But are these really reasons to “like… being white”? I think what Hill and, by extension, Murray are getting at here is something like pride, and pride is more local than a continent or a color. We are proud of the specific cultures from which we come and the accomplishments of great individuals who share our backgrounds. I’m one of those Italian Americans who clings to Columbus Day with every pasta-nourished fiber of his being. I wear green on St. Patrick’s Day and have a magnet of St. Christopher in my car. I inherited star-spangled eyes.

But I feel no more pride for Stonehenge or the Napoleonic Code than I do for Egypt’s pyramids or the Code of Hammurabi. Though these are remarkable achievements that deserve our awe, they are too distant from my own roots for them to make me glad I’m white. I cannot claim them—but I certainly embrace them. Murray’s answer, on the other hand, has a whiff of the racial essentialism that fuels the identity politics at the heart of our current mess. Elsewhere, he encourages us not to “fixate on the identity of [the] people” who built Western civilization, yet that seems to be exactly what he’s doing here.

Murray is much better in a brief chapter about gratitude, in which he identifies the blame and resentment that inspire “a grand project of deconstruction and destruction.” Here, he insists that the “people, ideas, buildings, and cities of the West are worthy of respect not because they are the product of white people but because they are the inheritance of all mankind.” His book reminds us that to ensure this inheritance is enjoyed by future generations, we must equip ourselves with the courage and knowledge to defend it. 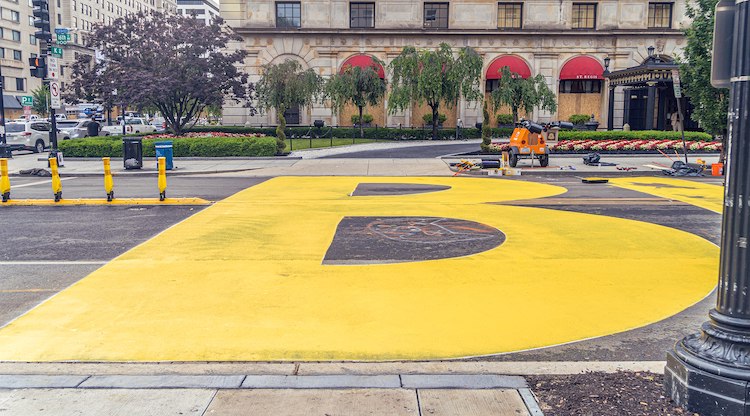 Christopher J. Scalia is a resident fellow at the American Enterprise Institute.

The Custodian of the House