his is Mr. Pfeffer, who’s writing a book about me,” said Israeli Prime Minister Benjamin Netanyahu to a room full of Economist senior editors. “He doesn’t know anything about me. It will be a cartoon.”

Netanyahu has been proved wrong. Anshel Pfeffer’s Bibi: The Turbulent Life and Times of Benjamin Netanyahu dispassionately chronicles the many successes and failures that have so far characterized the personal and political life of Israel’s charismatic yet divisive leader. Readers who are rooting either for or against Netanyahu will find that Pfeffer’s reporting quenches their thirst for the complete picture of his rise to power.

The most critical—though still not cartoonish—elements of the book appear in the text’s prologue and epilogue. It is as if Pfeffer set out to write one narrative but was ultimately steered in a different direction by the fruits of his own research. In fact, Pfeffer’s account is more than balanced; there are moments in the book when his admiration for Israel’s leader emanates through his hard-hitting analysis.

Pfeffer insists that a modern observer cannot understand Israel without understanding the man currently at its helm. The country, he writes, “is a hybrid society of ancient phobias and high-tech hope, a combination of tribalism and globalism—just like Netanyahu himself.” He explores these bifurcations in the chapters that follow.

Indeed, Pfeffer’s work is as much a history of Israel as it is of Netanyahu. About the early Zionist enterprise, he asks: “Was its sole objective to build a state that would serve as a haven for Jews who would choose to live there? Or did the Zionist movement and the Jewish state have a wider responsibility for all Jews in peril?” Foundational questions of this sort foreshadowed many of the domestic debates still riling the State of Israel, 70 years later.

The same is true for the partisan nature of pro-Israel politics in the United States. Pfeffer notes that “support for the Jewish state became a partisan issue in U.S. politics even before the establishment of Israel in 1948,” and he goes on to chronicle the ways in which rival Zionist factions “literally at each other’s throats” in Palestine worked together with surprising harmony to achieve their international aims, especially in the United States.

Even Netanyahu’s enemies cannot help but acknowledge that he is a talented advocate for the causes about which he cares. Once, in 1982, during a meeting with then foreign minister Yitzhak Shamir, Ronald Reagan “spoke of being deeply moved by a photograph of a Lebanese baby girl who had lost her arms in an Israeli bombing raid.” The president gave the picture to Shamir, saying, “‘Listen, this has got to stop.’” It was the brilliant notion of the young Netanyahu, then deputy chief of the U.S. mission to the United Nations, to ask the IDF to find the girl’s family. It turned out the baby girl was actually a boy, and that his arms had been bandaged, not amputated. Reagan was notified.

Pfeffer writes about Bibi’s time in the Sayeret Matkal unit of the IDF and describes the extent to which this experience still has an impact on the way he runs the country. Sayeret Matkal, a “small elite” unit, instilled in Bibi a “hostility to large organizations, including the IDF itself, which Bibi sees as cumbersome and obdurate.” Pfeffer notes that even now, when “managing Israel’s strategic affairs, he will always prefer using small special forces over larger regular battalions,” and that he is “more likely to engage in back-channel talks through trusted confidential intermediaries than to use the services of the professional diplomatic corps.”

Pfeffer chronicles his many personal failings: the infidelity, the two divorces, and the moment when his present wife, Sara, to whom he was then not yet married, informed him she was pregnant. There would be other trying times. After former Prime Minister Yitzhak Rabin’s assassination, Leah, his widow, “refused to shake Netanyahu’s hand at the mourning session in the Knesset and again at the state funeral on Mount Herzl, attended by leaders from around the world, including President Bill Clinton and former presidents Jimmy Carter and George H.W. Bush.” To add insult to injury, Netanyahu was instructed not to pay a shiva call, even as Yasser Arafat entered the Rabin home to do just that.

Through it all, Benjamin Netanyahu has persevered and held his head high. The news that Israeli police have recommended not one, but two indictments for Netanyahu, could not have come at a better time for Pfeffer’s book. But if there’s anything to be learned from his biography, it’s that Bibi Netanyahu will not go down without a fight. 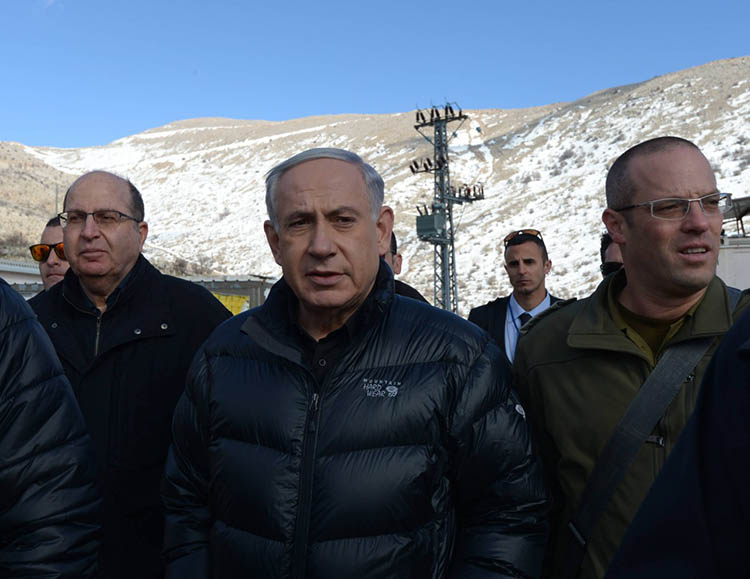