n March 2004, a group of Israel Defense Force soldiers founded Breaking the Silence, a nongovernmental organization ostensibly seeking to hold the military to its own stated standards of warfighting conduct. In theory, such a group could serve an important role in checking abuses. In practice, however, Breaking the Silence is something different. It has dubious sources of funding, pursues explicitly leftist political aims, and routinely misrepresents facts to paint Israel in the worst possible light.

Kingdom of Olives and Ash, a new collection of essays edited by Michael Chabon and Ayelet Waldman, features 26 different writers—all of whom visited Israel on delegations organized by Breaking the Silence. The book is a latticework of propaganda, pieced together by distortions and half-truths. The writers are talented, so there are no misplaced commas even though there are plenty of misguided ideas. The felicitous, compelling prose that makes this collection so readable is precisely what makes it so dangerous.

In their introduction, the married novelists Chabon and Waldman explain that they had long avoided the conflict: “Horrified and bewildered by the blur of violence and destruction, of reprisal and counter-reprisal and counter-counter-reprisal, put off by the dehumanizing rhetoric prevalent on both sides; we did what so many others in the ambivalent middle have done: we averted our gaze.” This claim is belied by the fact that Chabon wrote a novel 10 years ago featuring an entire counter-history of the Jewish state, while Waldman, the daughter of a Sabra émigré, has spent a decade fulminating about Israel’s misdeeds on social media.

No, Chabon and Waldman are neither ambivalent nor in the middle. Their insistence to the contrary is an attempt to gull the uninformed reader into believing they came into the project in innocence and came away sadder and wiser and ready to speak truth to power. They claim to have had “no political expectations of these writers,” but their partnership with Breaking the Silence tells a different story. The only scintilla of honesty comes in the form of punctuation: the two quotation marks with which they set off the word “security” when they ask whether Waldman bears “some measure of responsibility for the crimes and injustices perpetrated in the name of [Israel] and its ‘security.’” Since checkpoints, border walls, and police raids might all be justified when the security of civilians is at stake, Chabon and Waldman are compelled to imply that “security” is a mere ruse, that something far more sinister lies at the heart of these unfortunate realities.

In his contribution, “Giant in a Cage,” Chabon again places “security” between quotation marks. As with the other essays in the book, the stories that fill his pages are not happy ones. Tellingly, he presents these tales of woe as isolated fragments unconnected to any broader reality. He writes of one Sam Bahour, who opens a Palestinian supermarket. Hearing his “uncertain, wistful tone,” Chabon wonders if Bahour was “thinking about the darkest moment in the history of the project, in the first year of the second intifada, when the IDF, making a sweep, commandeered the construction site, confined Sam and his staff to the basement offices, and for three or four hours used the still-roofless, bare-concrete upper floor of the supermarket building to interrogate Palestinian detainees.”

This experience sounds deeply unpleasant, and most readers would indeed ponder whether these sorts of practices were morally justified as a result of Palestinian terror and the unceasing suicide bombings that targeted Israeli civilians during this period. Many would conclude that they were. But since Chabon doesn’t mention the Israeli justifications for these actions, the very reasons for the heightened Israeli security protocol during the second intifada, Bahour’s misery simply seems the result of a kind of state-sanctioned sadism.

Similar omissions are peppered throughout the book. In her essay, “Mr. Nice Guy,” the novelist Rachel Kushner profiles Baha Nababta, whom she describes as a “twenty-nine-year-old Palestinian community organizer beloved by the kids of Shuafat.” Kushner writes that she “got the impression Baha was something like an informal mayor, a community leader on whom people depended to resolve disputes, build roads, put together volunteer committees, and attempt to make Shuafat safe for children.” Less than a month after Kushner left Shuafat, Nababta was murdered in front of a crowd of people. She ends her essay with a heartbreaking account of the wife and newborn baby who will live the rest of their lives without their husband and father.

Kushner’s vague conclusion creates the impression that the Israelis were responsible for Nababta’s murder. Reporting has been scarce, but there seems to be a working theory that the murderer was Palestinian. Kushner’s omission of this theory, in a book determined to blame Israel for anything and everything, is morally unforgivable. Dr. Meir Margalit, a man of the Israeli left and a former Meretz councilman, told the Jerusalem Post that “more than once [Nababta] told me that people in the refugee camp accused him of being a collaborator with Israel.” Margalit went on to explain that Nababta’s goal had been to “solve the problems in the camp,” and so “he had to be in contact with the Jerusalem Municipality, the police, Interior Ministry, and other different Israeli institutions.” During their last conversation, Margalit told the paper, Nababta had said he “feared for his life.”

In “Prison Visit,” Dave Eggers describes the 2014 Israel–Gaza war thus: “Israel fired tens of thousands of shells into Gaza, destroying 12,620 housing units and severely damaging another 6,455. Twenty-two hundred Gazans were killed, approximately 1,400 of them civilians.” Missing from his description: the three teenage Israelis whom Hamas terrorists kidnapped and killed, initiating the conflict, and the thousands of rockets that Hamas fired into Israel.

In “Occupation’s Untold Story,” Fida Jiryis describes the second intifada as a period of “indescribable stress and agony to me and to other Palestinians, as we watched our people in the West Bank and Gaza being attacked on such a scale, all of us helpless to do anything to stop it.” Absent here is any sense of the stress and agony Israelis experienced because they had no way of knowing whether the buses, cafés, or clubs that their children frequented would be the next target for a suicide bomber.

The deception that runs throughout the text will bewitch the average reader into believing that the Israelis are usually bad, usually wrong, usually to blame; that the Palestinians are usually good, usually right, usually blameless. And that’s what makes this book both shameful and dangerous. For in truth there is no moral equivalence between an army that warns its enemy of an impending attack so that people might have a chance to steer civilians to safety and a terrorist entity that targets unarmed men, women, and children. There can be no rational comparisons between a nation that collectively shuns and condemns those among them who have resorted to violence, and a people that celebrates murderers as martyrs, names town squares in their honor, and pays surviving family members for the barbarity, inciting and incentivizing even more bloodshed.

There’s one glimmer of hope in the book, in an essay called “Occupied Words,” by the Norwegian novelist Lars Saabye Christensen. Christensen reflects on a sad reality: “You can talk matter-of-factly about ISIS…but as soon as you talk about Israel, the tone is different, implacable, loud. Comparisons are made with South Africa. Comparisons are made with the Nazis. Anything can be said about Israel. And there’s a lack of proportion or a blind spot, in this increasingly hateful language, in which anti-Semitism appears as a shadow, a trace, a rumor being spread.”

His fellow essayists in Kingdom of Olives and Ash prove Christensen right. Even—or maybe especially—in intellectual circles, anything can be said about Israel. Horrified readers should break their silence. 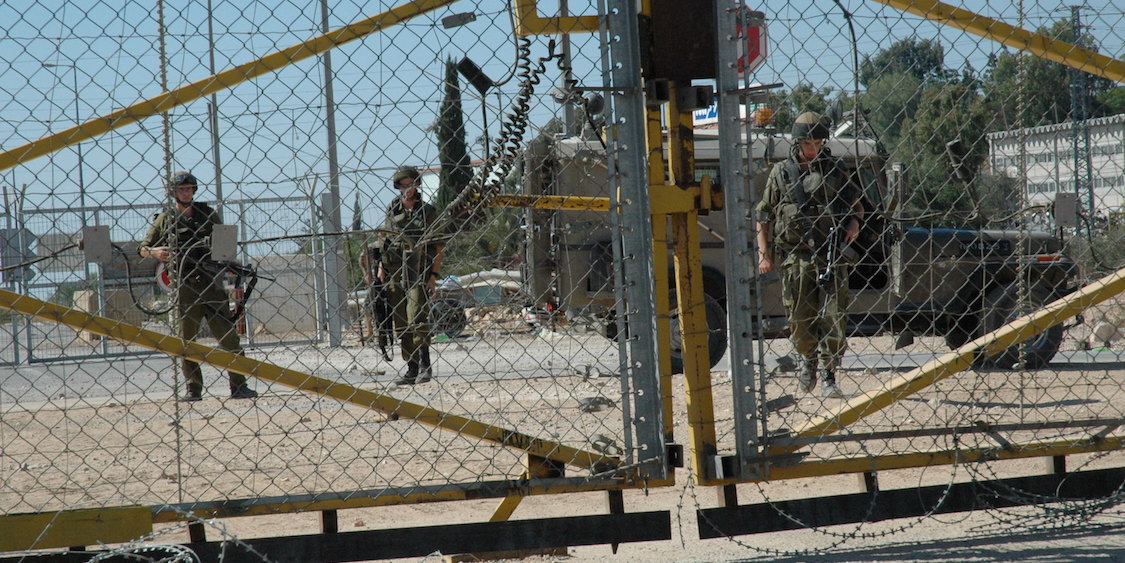