he epigraph of Yuval Levin’s superb new book is a lengthy extract from Alexis de Tocqueville that lays out the ambitious goal of The Fractured Republic: “To instruct democracy, if possible to reanimate its beliefs, to purify its mores, to moderate its movements, to substitute little by little an understanding of affairs for its inexperience, and knowledge of its true interests for its blind instincts….Such is the first duty imposed on these who would guide society in our day.” 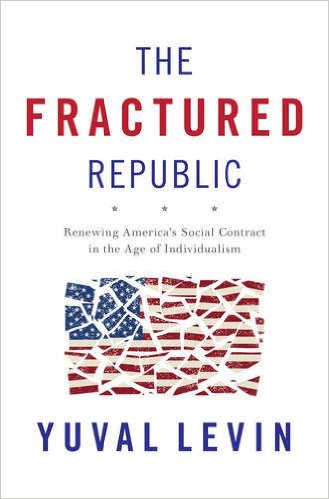 The Fractured Republic is an extended meditation on America’s journey to the present period of fissure. In Levin’s estimation, our current woes—cultural, economic, political—have been in the making for a century and stem from a “trajectory of increasing individualism, diversity, dynamism, and liberalization.” The cost to the American soul is enormous, and the gains we have made as a society (and there are many) must be weighed against new forces that contribute to “dwindling solidarity, cohesion, stability, authority, and social order.” Though many Americans sense a need for putting the Humpty Dumpty of state back together, this would be immensely difficult to accomplish due to a nostalgia that paralyzes and blinds the men and women in charge of national policy to the specific challenges of the present moment.

This nostalgia characterizes the views of Baby Boomer liberals and conservatives, both of whom consider the four decades after the Second World War as a halcyon period to which we need to return. Their rear-view-mirror outlook prevents our leaders from seeing the current era as a time of “transition” latent with possibilities of social and economic revival. Instead, they believe that we are living through an aberration, an interruption, we need to get beyond to return to the proper course.

Levin is the founding editor of National Affairs and known well to the readers of these pages as one of those endangered species of Washington intellectuals who thinks as deeply about politics as he does about philosophy (treat yourself to his previous book on Burke and Paine). In The Fractured Republic, he provides both a diagnosis of our present ills and a path toward a national rejuvenation.

In Levin’s telling, the first half of the 20th century was an age of “growing consolidation and cohesion in American life.” Pick any aspect of American existence of those 50 years, from a centralizing economy and government to the rise of mass media, and you will see Levin’s conceptual framework at play. The second half, a period that stretches to our current day, is alternatively marked by “growing deconsolidation and decentralization.” Both periods had positive and negative consequences, and liberals and conservatives choose different aspects of them to commemorate or excoriate. Today, mass culture has given way to splintered sub-cultures, our economy is increasingly diversified, and individualism and personal identity have pushed questions about declining national unity far down our list of shared concerns. We are living in an America diffused or fractured, and irrespective of the differing proposals policymakers alight on as a fix, they ultimately look in the same direction, the past:

The right and left alike have seen the challenges of this century as consequences of our abandoning a favored path that once served us well (though of course they disagree about just what that path involved). …Democrats talk about public policy as though…the model of the Great Society welfare state will answer our every concern…the Republicans talk as though…a repetition of the Reagan Revolution is the cure. …It is hardly surprising that the public finds the resulting political debates frustrating.

Howsoever frustrated the public becomes, politicians—to say nothing of the policy wonks and scribblers who spend time thinking about fixing an ailing America—have been unable to extricate themselves from this backward approach to economic and social problem solving. What makes The Fractured Republic a triumph is the way Levin persuades the reader to make an about-face and, echoing Tocqueville’s promise of “new political science…for a world altogether new,” try a different approach to thinking about America’s future.

Levin invites us to participate in the creation of a “modernized politics of subsidiarity.” The term “subsidiarity” describes a system of decentralized authority that vests decision-making power in those closest to the problems and difficulties of daily life. What this would look like in practical policy terms is the subject of the second half of The Fractured Republic.

Levin’s modernized politics would involve greater local experimentation and bottom-up problem solving, which would require more attention paid to “the near at hand” rather than abstract commitments to billions of people far away. It would necessitate a change to our entitlement state and welfare system through healthy competition, and a strengthening of the nongovernmental institutions in our society.

Such an emphasis on community and local control based on person-to-person communication would also have the happy side effect of providing an ongoing education in democratic citizenry. It would pull Americans out of a “dangerous feedback loop” in which the push to centralize everything leaves individuals feeling isolated, which causes the bonds of civil society to erode, which in turn creates a greater demand for centralization to fix things governments are unusually ill-equipped to repair. It would give them exactly the kind of control over their own lives and futures that a self-governing citizenry is supposed to have.

The Fractured Republic is not a manual or blueprint for reform, and it does not offer a checklist of repairs to make America whole again. Instead, it merges a deep philosophic understanding of the American experiment and a conceptual analysis of American history into a practical basis from which we can examine contemporary American problems with crystalline clarity. Levin calls his book an “essay,” and it provides the bracing shock of illumination that is the hallmark of all great essays. 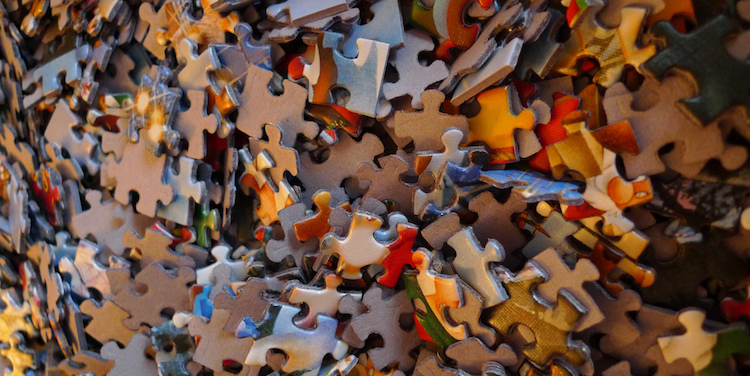 David Bahr is an assistant editor of the Weekly Standard. This is his first appearance in COMMENTARY.