A Hasidic parable tells of a king who quarreled with his son. In a fit of rage, the king exiled his son from the kingdom. Years passed. The son wandered alone in the world. In time, the king’s heart softened, so he sent his ministers to find his son and ask him to return. When they located the young man, he said that he could not return; he had been too hurt, and his heart still harbored bitterness. The ministers brought the sad news back to the king. He told them to return to his son with the message: “Return as far as you can, and I will come the rest of the way to meet you.”

In Hasidic parables, the king represents God, so the story is about sin and teshuva, repentance. But it is also a parable about forgiveness. Knowing that one should forgive, that to forgive is to be in the image of God, does not tell us how to forgive. Indeed, even when we think we have forgiven, we may discover that we still harbor hurt or bear grudges. As the humorist Kin Hubbard said, “no one ever forgets where he buried the hatchet.”

Richard Balkin’s pointedly titled book, Practicing Forgiveness, is about that elusive skill—how to forgive. It is actually broader than that; it helps us understand where we are on the path to forgiveness and even what type of forgiveness we seek to achieve.

Balkin, a professor of education at the University of Mississippi, points out that some traditions demand unconditional forgiveness. He begins the book with an abused woman being told by her mother, “As a Christian, you have to forgive him.” Although that may or may not fairly represent Christian teaching, it certainly is not Jewish teaching. Judaism not only mandates the regret of the offender; it talks about different sorts of forgiveness. Balkin anatomizes three: kappara, selicha, and mechila. Kappara is a spiritual cleansing, familiar to readers through the name Yom Kippur, the day of atonement.  Selicha is “a sincere willingness to abandon negative feelings toward an offender.” And mechila, which refers to the forgiveness of a debt or obligation owed, is more generally the act of letting go of anger or resentment without expecting or trying to force a full reconciliation.

Throughout the book, Balkin draws on stories—climactically, one that occurred during the writing of the book—to illustrate the complexities of forgiving. Why is it so hard to forgive? First, there is the simple persistence of hurt. Anger and hurt, like grief, can surprise us even when we believe they are gone. Have we forgiven when the internal wound continues to fester? More than once, a spike of rage has upended sincere attempts to forgive.

Another problem is that to forgive, we must give up our position of moral superiority to the one who has hurt us. We cannot fully forgive someone and still look down on him as a person who is inferior to us because of what he  has done. This re-leveling can be painful and for some, impossible.

There is one additional problem that Balkin mentions, but to which he gives fairly scant attention: self-forgiveness. People are often hiding some self-blame in the process of anger toward another; if you cannot release the sense that it is somehow your fault, you are unable to let the other person off the hook as well.

Balkin breaks down the steps to earn forgiveness as well as to grant it. This is a work of self-help, and so it introduces something he calls the Forgiveness Reconciliation Model—a modality he developed in his years as a counselor to facilitate the understanding and practice of forgiveness. It takes the reader through steps intended to help him come to terms with his own anger and hurt. Along the way there are pointed observations: “Remorse and arrogance are not a good mix.” “Forgiveness is a unique process in every situation.” “Anger gets a bad rap.” In addition to the inventory itself, which uses a checklist to evaluate your stage and path toward forgiveness, the most helpful part of the book is the distinction he draws between mechila and selicha.

Selicha is what we usually think of as forgiveness. Someone has hurt you and the relationship has been broken. The person who has hurt you is genuinely contrite and committed to seeking your forgiveness. Obviously, the nature of the relationship and the nature of the offense will be part of any possible resolution: “Rather than attempting to define yourself as a forgiving or unforgiving person, consider the circumstances and the people involved. Forgiveness is situation-specific.” Balkin describes the steps in his model and in other models to repair what has been broken, if repair is what you seek. Although the relationship may be different, since powerful experiences change the dynamic, it can once again be close and, perhaps with time, trusting.

But perhaps you do not wish to reenter the relationship, or perhaps you know that what you want from the other person will never be. At the same time, however, you do not want to feel the gnawing bitterness that causes you more harm than the person who has hurt you. Here Balkin offers two plausible scenarios. First, he writes, “realizing you will not get what you wanted from a person is one thing, but resolving not to feel ill will toward an individual requires additional work. One way to address your feelings might be to acknowledge what the offender might be experiencing.” Sometimes recognizing that the other person is carrying a burden of guilt makes it easier to let go. Still, the exact opposite may be the case as well: “On the other hand, an offender may feel nothing at all because this person is no longer present in the life of the victim or because the offender is uncaring. In this situation, the victim is not going to get what he wanted anyway, so holding on to a debt is meaningless and a waste of energy.”

The Medieval scholar Eleazar ben Judah wrote that “the most beautiful thing a man can do is to forgive.” Balkin puts it differently: “As a clinician, I see my clients as heroes. The willingness to address problems head-on and commit to making a change is a heroic journey.”

As a rabbi, I have seen countless permutations of hurt and forgiveness granted or withheld. I have seen people blossom under forgiveness and betray despite it. Although God knows our heart, we can never fully know the heart of another, and forgiveness is both a gesture of self-healing and an interpersonal risk. But each of us will wound, and therefore each of us will need to be forgiven. Balkin’s book is a helpful roadmap, but the journey is impelled by each wounded and willing heart.

David Wolpe is the senior rabbi of Temple Sinai in Los Angeles. 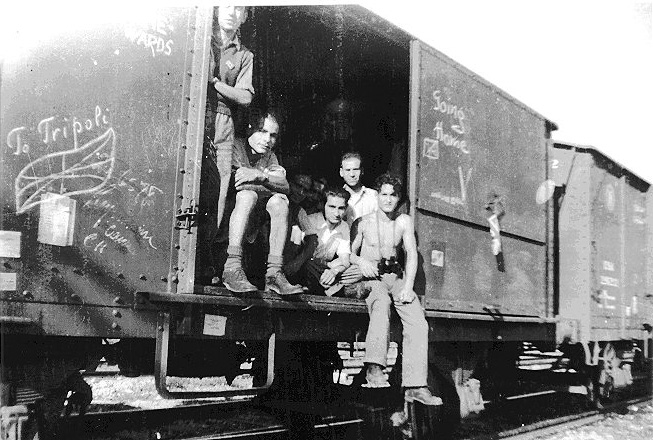