The Long Peace: Inquiries into the History of the Cold War.
by John Lewis Gaddis
Oxford University Press. 332 pp. $24.95.

In the spectrum of historians writing about the cold war, John Lewis Gaddis belongs in the category of post-revisionists. The revisionists, mainly in the 1960’s, challenged the widespread Western view attributing the origins and development of the cold war chiefly to the expansive actions and ambitions of the Soviet Union and the attempt of the U.S. and its allies to stop and contain that expansion. The revisionists attacked that consensus from the Left, excusing the Soviet Union’s behavior as coming from a natural and justified sense of insecurity and blaming the U.S. for misunderstanding Soviet fears, for acting not in defense of freedom but in pursuit of its own economic interests, from an inordinate and irrational fear of Communism, and, in some cases, from an aggressive imperialism of its own, inherent in capitalist societies.

Gaddis, one of the first post-revisionists, is also one of the ablest and most influential. His first book, The United States and the Origins of the Cold War (1972), was a sensible and scholarly examination of the issues raised by the revisionists which for the most part refuted and rejected their interpretations. His subsequent works have placed him near the center of a newly emerging consensus that seems to take an impartial position between the two antagonistic “superpowers,” seeking to understand the position of each and willing to criticize both. His latest book is a collection of essays, most of them occasional pieces written for conferences, that provides a good opportunity for examining the strengths and weaknesses of such an approach in the hands of one of its abler practitioners.

Gaddis is a sober and hard-working professional who has read all the scholarly literature and has worked with the primary sources. As the Western nations, especially the U.S., have made new historical evidence available, he has examined it and used the results to answer some interesting and important questions. Thus he finds unsupported by evidence the charges of the revisionists that the U.S. feigned alarm at Soviet action soon after the war as an excuse for intervention, expansion, and hegemony. In fact the threat posed by the Soviets had been seen earlier, and its dangers felt far more urgently, by the free nations of Europe. Their chief concern was to get the Americans to take the lead in stopping it. The U.S. did not press itself upon unwilling allies but was eagerly invited to extend its involvement and influences. If American actions can be called expansion, this was “expansion by invitation.” Far from seeking to establish a sphere of influence in Western Europe, as George Kennan advised it to do soon after the war, the U.S. tried hard to establish an independent set of free, European nations that could and would defend themselves and permit the Americans to reduce their involvement.

Why did the attempt fail? Gaddis’s answer is sensible and convincing:

The reason, almost certainly, is that the Europeans themselves did not want it. Confronted by what they perceived to be a malevolent challenge to the balance of power from the East, they set about inviting in a more benign form of countervailing power from the West rather than undertake the costly, protracted, and problematic process of rebuilding their own. The United States, with some reluctance, went along.

Perhaps the most interesting question illuminated by the availability of new evidence concerns the American attitude toward the Communist world. The traditional view is that American statesmen always looked on the Communist movement in the world as a unit and failed to exploit the real divisions among Communist nations in the interests of the United States. Gaddis, on the contrary, suggests that “despite what they said in public, American policy-makers at no point during the postwar era actually believed in the existence of an international Communist monolith.” He sees the Eisenhower administration as seeking to create a “wedge through pressure,” particularly between the Soviet Union and China. The hard line taken on the islands of Quemoy and Matsu, for example, was not merely a response to domestic political pressure but also was meant “to undermine the relationship between Moscow and Beijing.” Nixon’s later opening to China is seen as a continuation of the earlier policy, where “a public policy of hard-line anti-Communism created greater opportunities for exploiting differences within the Communist world than did less rigid ideological stances.”

Such interpretations are well-argued and persuasive, but too much of this sort of thing will earn a post-revisionist scholar a reputation as a cold warrior. To avoid such a stigma requires a considerable effort to look at matters from the Soviet side, and such efforts are not lacking in these essays. Even while conceding that Americans’ fear of “Soviet and/or Communist expansionism” has been genuine, Gaddis says that “Fear, after all, can be genuine without being rational. And as Sigmund Freud once pointed out, even paranoids can have real enemies.” But nothing in these essays or anywhere else shows that American fears—and those of many others—have been unfounded. With Soviet intentions unknown and unlikely ever to be documented, why should Americans be thought insane, especially since Gaddis more than once calls their reactions to the perceived danger sensible and restrained?

Much of the revisionist case for the absence of Soviet evil intentions rests on the fact that the Soviets never did invade Western Europe or other places, nor did Communist parties in the West undertake revolutions. In the same spirit, Gaddis cites with approval the view that “The security of nations now rests . . . not so much on the exertions they themselves make, but on the restraint exhibited by their adversaries.” But what has created that restraint (such as it is) is precisely exertions like the Marshall Plan, NATO, nuclear weapons, and the demonstrated capacity and will to make use of such devices. The measures taken to achieve deterrence and containment of Soviet ambition tend to be ignored in analyses like Gaddis’s and their results taken for granted.

The last essay in this collection, “The Long Peace: Elements of Stability in the Postwar International Systems,” presents Gaddis’s current understanding of developments since 1945. Here he argues, contrary to conventional thinking among theorists of international relations, that the “bipolar” system may in fact be more stable than the “multipolar” alternative, because it happens to reflect the realities of power. The distance between the two great powers, their relative lack of mutual communication and interdependence, may, paradoxically, be a force for stability. The presence of nuclear weapons has had a sobering effect on statesmen on each side. Technological innovation, by permitting mutual surveillance, has also had a stabilizing effect. Ideological hostilities have modified and yielded to the practical needs of mutual survival. Thus, the period 1945-87 might better be seen as one of “Long Peace” than of cold war.

Gaddis is attracted by ideas arising from game theory to help explain why the “Long Peace” evolved and continues and what is needed to preserve it. The problem with this approach, as with the “evenhanded” analysis of the cold war, is that it treats all players as fundamentally the same and thereby loses touch with reality. The United States and the Soviet Union not only have very different political and constitutional systems and moral attitudes; more to the point, they have had quite different goals. The Soviets have wanted to change the balance of power in the world in their favor, while the United States has tried to maintain the status quo as much as possible. To preach, therefore, as Gaddis does, that stability requires “a sense of caution, maturity, and responsibility on both sides,” is pointless if one side wants not stability but change. In those circumstances, stability must require that the nation seeking it should be strong and determined enough to deter reckless actions by the dissatisfied power. Up to now the United States has been willing to pay the price. Whether it will continue to do so will determine if the “Long Peace” will persist. 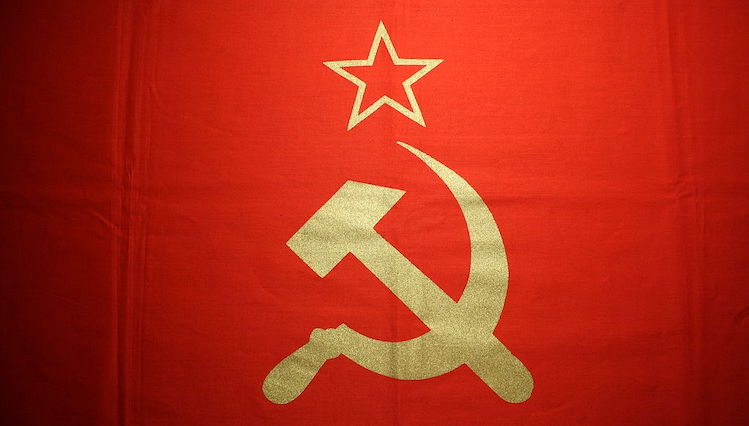