roadway has always been a world of its own. Insular and self-referential, the New York theater cherishes its history, manners, gossip, and corruption, its geniuses, heroes, villains, victims, and madmen (madwomen, too).

During the blacklist era of the 1950s, Broadway defiantly offered refuge to performers such as Zero Mostel banned from Hollywood for left-wing or Communist connections. More than a half-century later, movie stars seeking validation and greedy producers trying to peddle overpriced tickets to straight plays and comedies have turned Broadway into a Hollywood rehab center. In their passive-aggressive way, at Tony-award time, theater insiders like to snub slumming movie and TV types, most recently Larry David, who wrote and starred in a Curb Your Enthusiasm clone called A Fish in the Dark that made a mint. 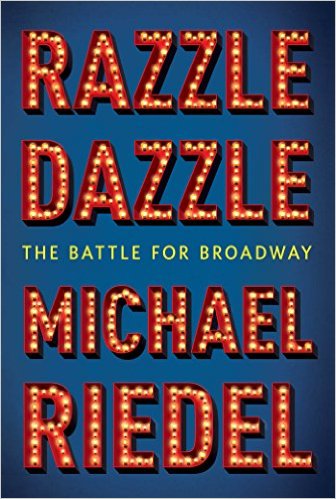 By luck, pluck, and dazzling talent, Broadway has survived the onslaught of talking pictures, network TV, pay cable, wars, depression and recessions, the bankruptcy of New York, the crack crime wave, the AIDS plague, and the Internet to emerge in the new century more robust than ever. Theaters are filled with tourists, bridge-and-tunnel folks on the town, and even some New Yorkers paying record prices for a kaleidoscope of shows, including recycled new forms like jukebox musicals.

The old “Mr. First Nighter” glamour is long gone: Many theatergoers in their Michelin-man jackets in winter and shorts and flip-flops in summer look as if they could barely afford carfare on the PATH train. Tennessee Williams and Arthur Miller are history, along with Rodgers and Hammerstein and Lerner and Lowe. So are Michael Bennett and Bob Fosse. No matter, Broadway is booming.

Told once that the seats in the back of his Majestic Theater were fraying and needed repair, J.J. Shubert, the imperious founder of the theatrical empire that still bears his name, barked, “The only thing I want covering my seats are asses!” That’s been the impresario’s credo since Sophocles’s grandson put on Oedipus at Colonus after the old boy’s death in 406 b.c.e. or James Burbage counted the house at Blackfriars when Shakespeare’s Cymbeline was being staged.

Michael Riedel, the sharp-elbowed theater reporter for the New York Post, tells the Shubert anecdote in his new book, Razzle Dazzle. The book is subtitled “The Battle for Broadway,” but it’s really a chatty chronicle of the past half-century or so of the New York musical theater from the “ice” scandals—kickbacks to box-office employees and producers for choice tickets—to the British Invasion of pop-operas like The Phantom of the Opera in the 1980s to the Disneyfication of 42nd Street in the 1990s. The Broadway saga is more accurately an endless street fight of ego, talent, and mendacity that has left some extraordinarily rich and others wounded or banished or both. Longer on anecdote and shorter on analysis, Razzle Dazzle at heart is a loving rendition of the lullaby of Broadway.

Riedel uses the Shuberts—the original family and the two lawyers, Bernard Jacobs and Gerald Shoenfeld, who later ran the business under the founder’s name—as the armature on which he builds his story. It’s not always a pretty tale. Poor boys from Syracuse, the original Shubert brothers—Sam, Lee, and J.J.—stormed Broadway after assembling a theater chain upstate and ultimately bested the reigning syndicate of entrenched theater owners by building new houses and producing hit shows to fill them. Since the crash of 1929, the Shubert Organization has ruled the New York theater, not always with clean hands.

Indeed, the biggest scandal in Broadway history might have been called Shubertgate if the “gate” tag had been coined in the early 1960s. A state investigation, with which Riedel begins the book, uncovered fervid thievery in payoffs from brokers and scalpers for tickets later peddled to theatergoers at huge markups. The investigators estimated that the equivalent of $75 million today in “ice” was collected on Broadway each year.

The Shuberts weren’t the only icemen. The eccentric producer David Merrick had all sorts of ingenious kickback schemes and self-dealing rackets involving everything from programs to lighting and electrical equipment in his productions. Merrick and the Shubert Organization survived the scandals, but other problems in the operation ultimately led to the ascendancy of the wily, sober-sided Jacobs and Shoenfeld as co-regents of the greatest theatrical empire of our time.

They took over just as the curtain was coming down on the golden age of the American musical theater. The era that began during World War II with Rodgers and Hammerstein’s Oklahoma and included their Carousel, South Pacific, and The King and I, Irving Berlin’s Annie Get Your Gun, Cole Porter’s Kiss Me Kate, and Frank Loesser’s Guys and Dolls came to an end (in retrospect) with the opening of Fiddler on the Roof in 1964. Rock music killed the Broadway musical, Riedel writes, or at least almost choked it to death. In 1968, he reports, 9.5 million tickets were sold for Broadway shows; four years later, the number was 5.4 million, the lowest in history. The theater district deteriorated into a casbah of drugs, porn, and prostitution as New York careened toward bankruptcy.

Riedel’s book makes a pass at the economic, social, and artistic forces that have shaped Broadway over the past five decades. “The theater would be nothing without gay men,” he suddenly proclaims on page 82. “They are its creators and much of its audience.” But he never really returns to the point, although many of the people he devotes the rest of the book to were gay and out when it was more daring than chic.

In 1980, coke-addled and more demented than ever, David Merrick made a comeback appearance on Broadway as the producer of a stage version of 42nd Street.


Riedel documents the long, touch-and-go effort by politicians, real-estate interests, labor unions, the police, and Broadway people led by the Shuberts to make Times Square and its theater-lined adjoining streets safe and welcoming for showgoers. The campaign—especially the “I Love New York” commercials—is a model of the sorts of innovative public-private cooperation to reclaim irreplaceable cultural assets, but it’s less fun to read about than the bitchy rivalry between director-choreographers Michael Bennett and Tommy Tune over whether Dreamgirls or Nine would win more Tonys in 1983.

Broadway’s salvation owed much to men like Tune and his fellow dancer-director Bob Fosse, the producer Cameron Mackintosh, who ushered in the British takeover of Broadway with Cats, Les Misérables, and Andrew Lloyd Webber’s riff on Puccini, The Phantom of the Opera (the most successful theatrical production ever).

There’s even a comeback cameo by David Merrick, after years of flops and reversals. In 1980, coke-addled and more demented than ever, Merrick was back on Broadway as the producer of a stage version of 42nd Street—directed by the golden-age maestro Gower Champion, who secretly was mortally ill. The show got poorish reviews out of town, and Merrick cancelled the New York previews, forcing the critics to get their first look at it on opening night. When Champion conveniently died a few hours before curtain time, Merrick kept it secret from the cast and audience, then announced the news from the stage after the curtain calls, touching off a media frenzy that propelled the show to a run of nearly 3,500 performances.

The biggest personality—and talent—in Riedel’s story is Michael Bennett, the one-time Broadway gypsy who created A Chorus Line in 1975 and became the leading director of his era. Bennett was a drug-addicted dervish, at once arrogant and insecure. While working on a show with him, Tune once had to drag Bennett out of bed, toss him in a shower, and taxi him to the rehearsal while the director whimpered, “I can’t face them.” At the door to the studio, Bennett closed his eyes, took a deep breath, and strode in. “OK, let’s go,” he shouted at the dancers—and fixed the opening number. He had a contorted father-son relationship with the Shubert Organization’s Bernie Jacobs that lasted until Bennett’s death at 44 from AIDS in 1987.

Jacobs was shrewd, but he wasn’t infallible. Riedel tells the story of Jacobs’s attending an early London performance of Mackintosh’s production of Les Misérables. Afterwards, he advised the producer to move on: “We think it’s a pile of shit.” The show later opened on Broadway with a record $11 million advance sale. This time, Jacobs called Mackintosh a genius for turning the show into a hit: “The changes you’ve made are extraordinary!” he exclaimed. Replied Mack intosh: “It’s exactly the same show you . . . thought was a pile of shit.”

Impresarios like the Shuberts, Merrick, Alexander Cohen, Jimmy Nederlander, and Rocco Landesman have their moments—sometimes decades—of glory. Most start rich and get richer, though a few flame out spectacularly—like Canadian upstart Garth Drabinsky, who brought Fosse and Ragtime to Broadway before going to prison for having defrauded his investors in an unmistakable real-world version of the plot of Mel Brooks’s The Producers.

The true battle for Broadway, as Riedel’s entertaining book shows, is the endless struggle of creative talent to prevail in the merciless arena of the commercial theater. 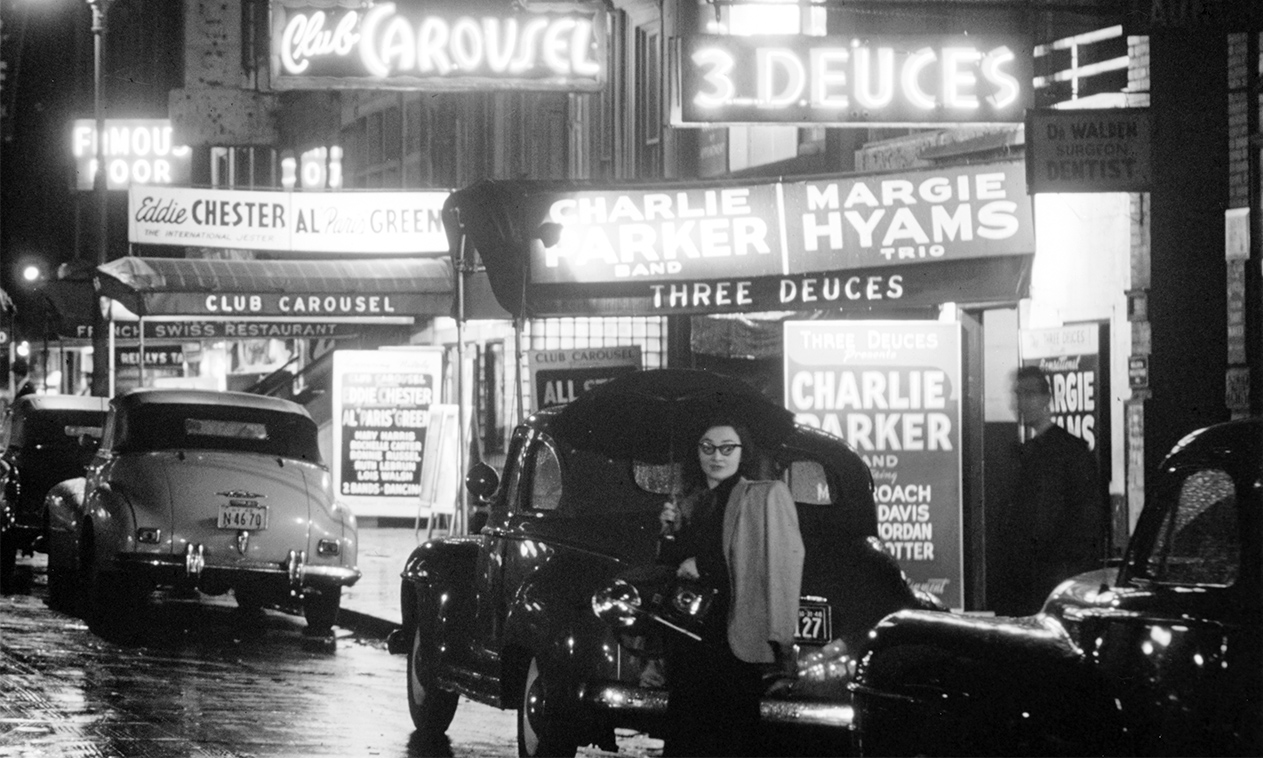