When a man of the experience and distinction of A. A. Berle writes a primer of foreign relations, it is inevitable that the book will be read with great expectations. Perhaps it is equally inevitable that such expectations must be disappointed. As Mr. Berle recognizes, a primer can tell us nothing new; at best it can do no more than help to bridge “the vast gap between the generally current information and thinking on the subject and the actual information and thinking of the men who are obliged to understand, have the job of meeting the crises, and are responsible for the results.” Though it contains occasional brilliant formulations characteristic of Berle at his best, I cannot report that the book brings us to the level of “the men who are obliged to understand.”

Despite his protestation that “it is absurd to tackle twentieth century foreign relations in terms of eighteenth century concepts,” Mr. Berle’s historical and geographic survey of the main problem areas often recalls the dinner-table conversation of M. de Norpois, Proust’s archetype of the pre-1914 diplomat. There is talk of Russia’s historic drive for an outlet to the sea, of Great Britain’s historic reliance on naval power ,and of Continental alliances. And, most disturbing of all—and particularly curious in the light of Mr. Berle’s discovery of the irrelevance of much 18th- and 19th-century thought to the economic and social problems of the 20th century—there is an old-fashioned brand of rationalistic optimism reminiscent of Locke and Bentham. This optimism proceeds from a sure belief in man’s rational nature and in the ultimate inevitable triumph of Reason, and it assumes that the glorious invention of England’s early Victorian radicals—the application of disinterested intelligence to the solution of social problems—must find a global welcome. It is difficult to reconcile such an outlook with the massive outbreaks of irrationality in our time, and this difficulty accounts for many contradictions, omissions, and twisted perspectives in Mr. Berle’s primer.

The optimism may be most justifiable in Mr. Berle’s discussion of South America which he knows best and loves well from his experience as ambassador to Brazil. Mr. Berle believes that by the end of the century Brazil will be a power comparable to the United States and Russia, and a serious contender for world leadership. He singles out the Organization of American States as the most important institutional concern of American foreign policy, arguing that the United States might survive a breakup of the British Commonwealth, or even of NATO, but not of Pan-American unity. This is a useful shift of the conventional emphasis.

By contrast, optimism seems irrelevant when applied to much of the rest of the world. True, Mr. Berle gives a lucid historical sketch of the Middle and Far East, and he deserves credit for puncturing the twin liberal shibboleths of democracy everywhere and anti-colonialism at any price. But his treatment of economic development suffers from the contradictions in his outlook. In the case of Egypt, for instance, he seems fully aware of Russian intrigues and is moderately critical of Egypt’s Suez Canal policy. But being sweetly reasonable he feels compelled to ask whether the “same considerations” which make Egypt’s assertion of sovereignty over the canal no answer to the problems of an international waterway, do not also apply to the Panama Canal. With similar detachment he pats “young Colonel Gamal Abdul Nasser” on the back for his “vigorous reform movement,” by which he probably means the partition of large landed estates, a measure of at least doubtful economic benefit.

We are told that “the old doctrine that some races cannot handle modern processes of industrialization and manufacture seems to be pretty thoroughly exploded.” This is true enough in the biological sense. But races are associated with specific cultures. With this in mind, how can Mr. Berle’s confidence be reconciled with his recognition, on other pages, that the genius of a particular culture may be unconcerned with capital equipment; that “the problem of twentieth century contact with primitive cultures has found no satisfactory solution” that a plan of economic development must be the actual desire of the population rather than a missionary enterprise from the outside; and that “economic capacity is the result of the minds of men”? Such contradictions gloss over the core of the problems created by the pressures for economic development: that cultures and minds of men not yet capable or willing to carry the burdens of industrial civilization irrationally cry for its fruits. How these aspirations can be fulfilled without a missionary effort to change minds and cultures is the real question, and one not even posed by Mr. Berle.

Nor does he so much as mention the word totalitarianism or consider to what extent the traditional way of looking at European politics must be adjusted to account for the eruption of this new phenomenon in Western history. For Mr. Berle, the problem of Western Europe is merely the conflict between nationalism and the Continental ideal of intellectual and spiritual unity. He believes that “it is fairly plain that Hitler’s Germany was, essentially, following the foreign policy of the Germany of Kaiser Wilhelm II” that Hitler “was undeniably psychotic,” and that Stalin was probably psychotic too. He does not attempt to explain how it could come about that one of the most advanced countries in Europe let itself be governed by a psychotic.

Berle virtually equates Nazism with the doctrine of race superiority, one of “six ghosts” which he brackets together for equal rejection: “Capitalism, communism, nationalism, imperialism, race superiority and spiritual supremacy.” From such incomprehension of the totalitarian nightmare stemmed Chamberlain’s mistake at Munich, and Eisenhower’s mistakes at the Elbe in 1945 and at Geneva ten years later. And out of the same incomprehension comes Mr. Berle’s suggestion that it must be a goal of American foreign policy to bind the mid-European countries into a fabric “which adds to the safety both of Russia and the West,” with its implied assumption that the totalitarian rulers of Russia, too, are reasonable men worried about their safety.

The failure to look totalitarianism in the face—and the concomitant refusal to face the forces of irrationality—is thus the crucial defect of the book. Certainly a primer should not be defeatist. But in the century of totalitarianism any analysis based on the assumption that peoples and governments are bound to be reasonable is suicidal. When the peril is complacency, a primer’s job is to alarm. 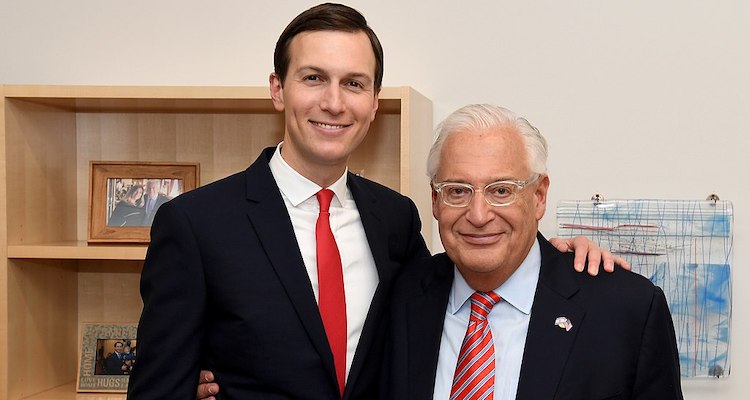