hortly after the collapse of Communism, the Nobel-winning novelist Doris Lessing took to the pages of the New York Times to warn that “while we have seen the apparent death of Communism, ways of thinking that were either born under Communism or strengthened by Communism still govern our lives.” She had been a Communist in her youth, and from that experience she learned how the ideology “debased language and, with language, thought.” Lessing was more prescient than she knew. Even as Communist political correctness was thrown back on its heels for a time in the former Soviet empire, it was defying gravity in Europe and America. Indeed, in the United States, our constitutional republic based on limited government had already begun to give way to an expansive bureaucratic liberal regime built on court-constructed interest-group “rights.” 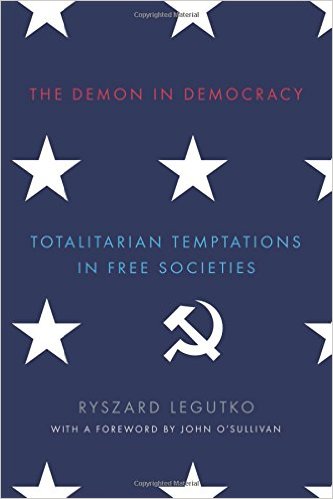 The Demon In Democracy

Ryszard Legutko, who had been a member of the Solidarity movement that fought to free Poland from Communism at the beginning of the 1980s, is now professor of philosophy at Jagellonian University in Krakow. He lives in a post-Communist nation fighting to free itself of the European Union’s smog of political correctness. With Poland’s entry into the European Union, he argues, his countrymen “have escaped one Master only to be bullied by a new” set of unelected rulers who have created “a system almost as surreal as under Communism.” The unelected but enlightened despots of the European Union seem no more willing to question their assumptions than the Politburo: “The characteristic feature of both societies—communist and liberal democratic—was that a lot things simply could not be discussed.”

Legutko grew up in a world in which Stalin propagated the concept of an “enemy of the people.” An individual so labeled need not be argued with because, by definition, they were not just mistaken but evil. Under this forerunner of contemporary identity politics, guilt and innocence required no evidentiary inquiry. They are a matter of supporting or opposing the party line, that is, the politically correct view of a matter.

Like the Communists at the peak of their power, the Eurocrats see themselves as representing the pinnacle of human achievement, worthy of emulation around the globe. But after Poland’s liberation from Communism, “very quickly the world became hidden under a new ideological shell and the people become hostage” to “another version of [Orwellian] newspeak with similar ideological mystifications.”

Legutko has taken the measure of the West that Poland once pined for, and this is what he finds: “Literary critics, artists, writers, performers, and theater directors imagine themselves to be listening to the voices of the excluded and searching for the deep roots of domination; anthropologists, social scientists, journalists, and celebrities are pre-occupied with pretty much the same.”

Like Communism, the democratic culture of the present day “produces large numbers of lumpen-intellectuals.” There is no shortage of people who ecstatically become involved in tracking disloyalty and fostering a new orthodoxy in which accusation replaces argument. And as under Communism, America’s social-justice warriors, particularly on campuses, are relentlessly in search of “casual remarks taken as evidence of systematic failings.” Communism’s once never-ending fight to ferret out “capitalist roaders” has been succeeded in the voluntary soft Stalinism of academia by a never-ending fight against an increasingly elusive enemy.

In America, Legutko notes, young people have shifted from the “pursuit of happiness,” which required delayed satisfaction with a plan as to how to move forward, to the momentary pursuit of pleasure. Their pursuits, as with “hooking up” in college, have become increasingly episodic. The upshot, he believes, is that divorce and abortion have become the outstanding achievements of the new political/cultural system. And in this regard, Legutko notes wryly, “Communism was far ahead of the liberal West.”

In our culture, as under Communism, there are those who deserve “special protection and are therefore honored with special privileges.” Feminists, gays, and greens are esteemed as the prosthetic proletariat of America’s cultural Marxism. But there is at least one area in which America has taken the lead—what he calls “consciousness raising. ” The United States, writes Legutko, “was to my knowledge, the first liberal-democratic society to create and in some case impose such therapies on people with unruly minds designed to ferret out possible Tartuffes.”

The social-justice warriors who have become powerful in the Democratic Party are skilled at playing a double game. They meld an epistemological skepticism with an enthusiasm for political dogmatism. “The peculiar combination of . . . merciless distrust and unwavering affirmation gives” them “an incomparable sense of moral self-confidence and intellectual self-righteousness.”

After The Demon Democracy was written in Polish in 2015, the double game played itself out in the case of Northwestern University feminist Laura Kipnis. In an article entitled “Sexual Paranoia Strikes Academe,” Kipnis suggested that the over-extension of the Title 9 federal regulation barring discrimination in college sports threatened free speech. The overextension was, in part, the product of an Obama administration’s “Dear Colleague” letter directed at the small army of campus bureaucrats charged with enforcing “diversity.” The letter strongly suggested that the campus bureaucrats should be on guard against any ideological deviations such as criticisms of political correctness.

Sure enough, Kipnis was then investigated by the Federal Justice Department on suspicions that her critique of Title 9 enforcement was itself a violation of Title 9 “protections.” The Feds backed off after 72 months of investigation only because Kipnis went public with the official harassment and made it into a free-speech issue worthy of a reluctant press’s attention.

Legutko’s ideal is the kind of tolerant pluralism he once admired in the West in general and America in particular. He sees religion—in Poland’s case, Catholicism—as the most important remaining barrier to the bulldozer of modernization that seeks to bury the Western tradition under the rubble of a bureaucratically imposed egalitarianism. But what Legutko fails to recognize is that in America, our shared belief in the principles outlined in the Constitution constitutes a formidable secular barrier to the relentless centralization of liberal democracy.

And yet the displacement of a limited government enshrined in the Constitution with newly created abstract rights born of judicial and bureaucratic invention—think of the “right” to use a bathroom of one’s choice at any particular moment—is certainly giving us an unholy taste of the coercions and conformities once associated with Communism. 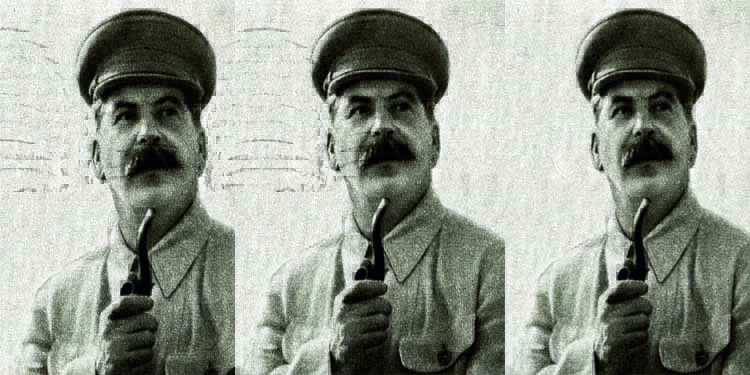