he German-Jewish theorist Herbert Marcuse, who made his reputation as a leading figure among the leftist philosophers of the Frankfurt School in the 1930s, was slow to react to the rise of Hitler. But finally, in 1941, he published Reason and Revolution—a book in which he advanced the implausible argument that the statist metaphysics of his idol G.W. Hegel had played no role in the rise of the Nazi dictatorship. In 1954 Marcuse issued an updated version of the book in which he took aim at the down-to-earth philosophical thinking of Americans. The Hegelian “reason” to which Marcuse was devoted represented the “absolute annihilation” of the “common-sense world.” He argued that this annihilation was necessary, because “the struggle against common sense is the beginning of speculative thinking, and the loss of everyday security is the origin of philosophy.” 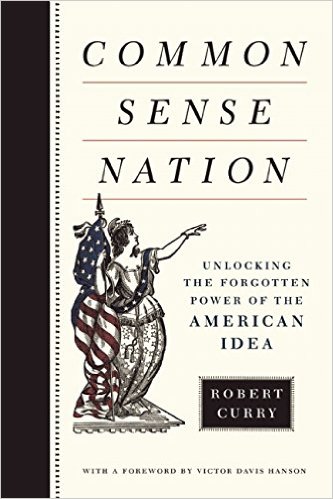 This line of argument about the way Americans wrote and thought about the world was as wrong-headed as Marcuse’s thinking about Hegel and the Nazis. But it was, alas, far more successful intellectually. Marcuse (who was saved from Hitler when he found refuge in the United States) and his epigones helped push “common-sense” philosophizing out of American intellectual life—and thereby ushered in a nihilist view of the world that has worked to undermine the principles of self-government vital to the good working order of the United States. 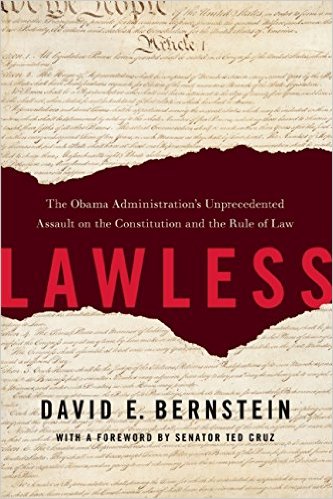 In Common Sense Nation: Unlocking the Forgotten Power of the American Idea, Robert Curry, of the Claremont Institute, explains why the common-sense philosophy of Scotsman Thomas Reid (1710–1796)—known to history as the man who originated the phrase “self-evident truths” later echoed by Thomas Jefferson in the Declaration of Independence—was so important to America’s Founding Fathers. Written in an accessible, conversational style, Common Sense Nation makes clear in just 154 pages how the generations of 1776 and 1789 depended heavily on the insights of the Scottish-American Enlightenment. The writings and preachings of Reid, Francis Hutcheson, and John Witherspoon created what historian Arthur Herman has described as “virtually the official creed of the American Revolution.”

That creed did not develop by happenstance. The French philosophe Voltaire, like Jefferson, was deeply inspired by the writings of the British thinker John Locke, but drew different conclusions from them—conclusions that would animate a very different, bloodier, and disastrous revolution. Writes Curry: “Voltaire drew the conclusion that unassisted human reason,” of the sort represented by an intellectual elite, “could provide humanity with the answer to every question.” The American Enlightenment took a very different turn because Locke’s empiricism was tempered by the moral genius of the Scots who brought “common-sense philosophy to these shores.”

The view progressives have taken of the Constitution had produced a federal executive that has enveloped the entire country in a web of federal regulations and subsidies.


As the historian Samuel Fleischer has noted, the philosophy taught by Scots in America to Jefferson at William and Mary, James Madison at Princeton, and Alexander Hamilton at Columbia stressed the sociability of human nature and the “dignity and intelligence of ordinary people” who were capable of the common moral sense needed to govern themselves. “State a moral case to a ploughman or a professor,” famously wrote Jefferson, “and the former will decide it as well and often better than the latter.” That’s because common sense, in Curry’s words, “is the human faculty by means of which we can grasp the self-evident truths that underlay the Declaration of Independence.”

Self-evident truths were the rock on which Hamilton, Jay, and Madison built the idea of limited government into the Federalist Papers (originally published in newspapers) and the Constitution. That’s because the primary job of government is to secure the citizens’ liberties as enumerated in the Bill of Rights and not to invent new ones. Our Constitution, wrote John Adams, “is made only for a moral and religious people, it is wholly inadequate to the government of any other.”

On the 150th anniversary of the Constitution, President Calvin Coolidge exclaimed that “if all men are created equal, that is final. If they are endowed with inalienable rights, that is final…. No advance, no progress can be made beyond these propositions….If anyone wishes to deny their truth…they are reactionary. Their ideas are not more modern but more ancient than those of the Revolutionary fathers.”

Coolidge was arguing against a different view, the one held by the original progressives in the early 20th century, that the Constitution was a living document and had to change with the times. The progressive view has produced (via the New Deal, the Great Society, and even Republican presidencies) a federal executive that has enveloped Congress, state government, and indeed the entire country in a web of federal regulations and subsidies.

More recently, Barack Obama seemed to echo Coolidge during his 2008 campaign when he accused George W. Bush of overreaching in his presidential powers while promising to “obey the Constitution of the United States.” He told the country that “the Separation of powers works. Our Constitution works.” But once in office, explains George Mason law professor David Bernstein, Obama became notorious for exercising power that the presidency didn’t hold. In his powerful new book Lawless, Bernstein argues that “there has never been a greater gap between a presidential candidate’s Constitutional promises and his actions in the Oval Office.”

Bernstein enumerates Obama’s attempts to use the vast regulatory powers of federal agencies to bypass Congress so as to impose his kingly powers on the entire country. He granted “indefinite amnesty” to hundreds of thousands of illegal aliens. He “appointed high-level czars” to manage portions of the federal government without being subject to congressional approval. He “delayed, modified, and ignored various provisions” of ObamaCare with barely a pretense of legal justification. And he made Nixonian use of the IRS to undermine his political enemies.

Congress tends to pass broad laws that leave a great deal of enforcement power in the hands of federal agencies such as the Environmental Protection Agency, the National Labor Relations Board, and the Department of Justice’s Office of Civil Rights. Obama has exploited the broadness of these laws in startling ways. His EPA has tried to make a vast swath of America subject to wetlands regulations. The NLRB has undermined franchises, a key path to growth of small businesses, by treating, for instance, all McDonald’s outlets as if they were part of a single centralized corporation at the mercy of federal labor-law regulation. And the Office of Civil Rights has claimed that it has the authority to determine the racial and income compositions of American suburbs.  The civil rights office has also sent a Dear Colleague letter to every college and university demanding they lower the standards of proof necessary to convict young men of sexual misconduct, else they lose all federal funding.

Obama, once a law professor, hasn’t asserted these royal powers bypassing Congress on the bases of a new and substantive version of the “living Constitution.” Instead, as Bernstein explains, he has relied on the mere assertion that we face such crises that he “can’t wait for Congress” to act. Besides it might not give him the powers he lusts after. Or as he puts it, “I can’t wait for them.” Ultimately, writes Bernstein, this presidency “resembles the rule of clever and politically willful lawyers more than the rule of law” rooted in the common-sense tradition of the Founders.

Earlier presidents who tried to seize new powers had to confront critics within their own party. But Obama has been able to count on lockstep support from his party’s stalwarts, and has faced little or no pressure among liberals. Is it at all surprising that the American people’s faith in government to do the right thing is at an historic low? And is it at all likely that faith will soon be restored?

In 2010, Nancy Pelosi, then serving as speaker of the house, was asked, “Where specifically does the Constitution grant Congress the authority to enact an individual health insurance mandate?”

She replied: “Are you serious? Are you serious?” Pelosi, who later confused the Constitution with the Declaration of Independence, was helping to govern an America in which the country’s moral underpinnings are not taught in schools or colleges and where the Founding Fathers, among the greatest of all leaders and thinkers the world has ever seen, can simply be dismissed as racists.  As Marcuse hoped, the “annihilation” of the common-sense view of the morality underpinning the Constitution has led to an unprecedented assertion of centralized authority.  The tragic effect is that without a citizenry rooted in a shared adherence to the Constitution, the arbitrary exercise of power will only intensify the polarization that is plaguing America.