n the 10th century c.e., the sole medical school in Europe was in Salerno, Italy. According to legend, it was founded by the Jew Helinus, the Greek Pontus, the Arab Adela, and the Latin Salernus. Its library had a unique collection of Greek and Arabic texts. In a world riven by dogma, medicine offered a humane universality beyond the scope of revealed religion. Since medieval doctoring was largely a matter of herbal remedies, combined with a soothing or impressive bedside manner, it rarely did much harm. It also promised, if it never guaranteed, personal eminence for successful practitioners, Jews not least among them. This was especially the case on the Iberian Peninsula. 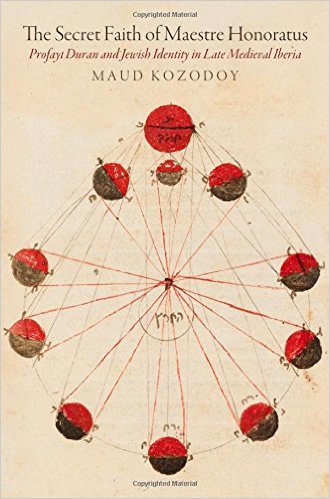 The Secret Faith of Maestre Honoratus

Jews had been resident in Andalusia before the arrival of the Church in Iberia. For almost three centuries, under the benign Ummayad sultanate, they enjoyed what is known (and somewhat sentimentalized) as the convivencia, or “coexistence.” Cordoba became the most populous city in Europe. The three monotheisms lived together, although Islam was more equal than the other two. It was also closer, in spirit and practice, to Judaism than to Christianity.

It was not until 1095, during the reign of Pope Urban II, that the deaths of Jews in the name of piety would be sought after the declaration of the First Crusade to liberate the Holy Land. Jews survived for three more centuries in Spain but found themselves pinched between Christian zealots and the fervent Almohads from North Africa who had conquered the Muslim parts of Iberia. The greatest of all Sephardic Jews, Maimonides, fled eastward from Cordoba to Egypt in the late 12th century to save himself from the religious squeeze (and critical hostility of fellow Jews). The Great Rambam became physician to Saladin, the Kurdish Muslim sultan and the prime target of the Third Crusade, which the Arabs repelled triumphantly.

Duran’s case is particularly fascinating because he was impelled publicly to embrace a religion he continued to scorn in private essay-letters.


At the end of the 14th century, anti-Jewish riots broke out in Catalonia, in northeastern Spain, which had never been under Muslim occupation. The riots were symptoms of an aggressive local Catholicism that mimicked the Crusades. Pressure on Jews to convert became urgent, even for a man as privileged as the doctor and astrologer Profayt Duran, who had long been in the service of the amiable king of Aragon. Maud Kozodoy’s punctilious new book, the first major scholarly portrait of this fascinating figure, introduces its protagonist with specific clarity: “One summer day in 1392, magister Honoratus de Bonafide, a Christian physician and astrologer of King Joan I of Aragon, appeared before Bernard Fabre, a Perpignan notary…accompanied by Mosse Alfaquin, a Jew…who was acting as his proctor.” The men had been acquainted for years, Kozodoy writes; indeed, the other two had known Maestre Honoratus de Bonafide “by a different name and even a different person: as Profayt Duran judeus.”

As Kozodoy reveals, before his conversion, Duran had prospered professionally as sage, physician, astrologer, and mathematician. Though excluded from the universities, Jews could find favor at court. Diplomatic doctors moved freely in Christian Spain. The king of Navarre paid Duran 300 florins a year to come and reside in Pamplona. As well as being guardians of Jewish science, philosophy, and literary culture, successful medical men, once rich, often became moneylenders.

Duran’s case is particularly fascinating because he was impelled publicly to embrace a religion he continued to scorn in private essay-letters. Secretly, Duran confessed his agony over the dichotomy in which “inner orientation cannot correspond to outward practice.” Outwardly, he was Maestre Honoratus.

As a converso, Duran may have guarded his tongue, but he was covertly outspoken with his pen. In a sardonic letter of congratulation to David Bonet Bonjourn, a recent sincere convert to Christianity, he demonstrated the ways in which Catholic dogma was incompatible with the teaching of Jesus, even as edited in the Gospels. Saint Paul and the medieval theologians were “deceivers,” Duran said, who perverted the biblical text to validate “core Christian beliefs.” Duran insisted (and no one much disputes) that the early Christians never denied the Torah and that James the brother of Jesus and the other members of the so-called Jerusalem Church observed all the due rituals in the Temple. But James and his circle perished in the fall of Jerusalem in 70 c.e., leaving Paul, the peripatetic provincial, to redesign Christianity in his own fashion.

In his clandestine heat, Duran argued that even the dedicated St. Jerome supplied a tendentious mistranslation of Isaiah as quoted by Jesus. He also asserted that Christian scholars had deliberately altered the date of the birth of Jesus so that the timing would chime with prophetic prediction. Kozodoy is too focused in her account to dwell on the long Christian use of the destruction of the Second Temple, as evidence of the withdrawal of God’s favor. The abiding notion of deserved divine sanctions against the “obstinate” deicides has metastasized into today’s secular historicism, rampant among academics, in which the existence of the State of Israel and the diabolical empowerment of “the Jews” have become the cause of the world’s woes.

Duran’s day job, as a medical man, allowed him freedom of movement and association with kindred Jewish intellectuals. Their discretion led to their elitism. Maimonides had already specified two audiences: “men” (identified as sages) and “sons of men” (the ignorant). Duran took this to imply “a stark dichotomy between reason and revelation.” The distinction left science free to be “grounded in an assumption of the fundamental validity of rational thought.” Jewish religious belief neither muzzled scientific discovery nor tortured logic. At the same time, Duran endorsed Maimonides’s notion of eternal damnation for those who denied the divinity of Creation or rejected the God-given Mosaic Law. He was also influenced by Rambam’s attraction to the Pythagorean notion that the Creation had a numerical scheme. The number seven was ubiquitous in Temple ritual and in the scriptures: “composed of the first of the evens and the second of the odds and of the first of the odds and the second of the evens, it is called by the early sages a mispar kolel (a ‘complete’ or ‘inclusive’ number), and it hints at one of the mysteries of creation.” Maimonides had wanted philosophy, in the root sense of love of wisdom, to be used as a tool for understanding scripture. In the process, astrology doubled with astronomy, as medieval scholars, even when at odds on religious questions, met on common ground in order to decipher the divine mechanics of the universe.

Duran saw that science set standards against which Christian dogma, transubstantiation in particular, could be anatomized. In his mocking letter, Kozodoy tells us, Duran explains that physics itself reveals the absurdity of a priest, “sober or drunk, virtuous or wicked, having the power to transform a wafer into the body of the messiah.” To believe in the Trinity, as Kozodoy summarizes Duran’s argument, one must honor the syllogism “If the Father equals God, and God equals the son, then the father equals the son.” To accept such an equation, as belief in the Trinity seems to require, was a “violation of the rules of logic.”

Duran wore his Christianity like a hair shirt, which impelled him to scratch furiously at dogmatic absurdity. Yet he never questioned that Hebrew was the “language created by God…to reflect the reality of his created world. It is the most perfectly rational of languages…[with] superiority over the rest thanks to the ‘perfection of its Creator and the One who brought it into existence.'”

His double life earns Maestre Honoratus the honor of being the medieval Duran Duran: a one-man band with several tunes in his head. The scrupulousness of Kozodoy’s scholarship gives her work an unremitting straight face, but it also deliberately incites wry reflection on the human comedy, in which belief and knowledge may converge or overlap. In addition, it provides a sober reflection on the pre-Inquisition era, when the Jewish believer Profayt Duran found himself compelled to camouflage himself in a faith he despised. The resultant polemical torrents against an “impossible” faith are the only reason his name has survived to be saluted by Maud Kozodoy’s exemplary study.

Frederic Raphael studied philosophy at Cambridge, which provided the source material for his award-winning television series, The Glittering Prizes. He has published novels, histories, works of philosophy, memoirs, letters, and has won an Oscar.