Martin Amis welcomes us into his new jeu d’esprit by affecting to be our thoughtful host: “Oh, incidentally, that’s the way to the bathroom.” Offered a welcome-aboard glass of Macallan, the guest/reader is invited to come and gawk at the A list. Here are Kingsley, Philip, Jane, Hitch, Saul, Vladimir, Germaine in Amis’s Gotcha Almanac, the literary social climber’s register. Pedestaled on a stack of his own vaunted novels (many, he boasts, of precisely the same marketable length), our 70-year-old teenage host, journalism his bastard on-and-offspring, is all set to mark our cards.

Before we are out of his introductory Roman-numeraled pages, Amis has drawn a bead on Trump: “Until recently, he was no more than a reasonably good sick joke.” If I may tell teacher, “reasonably” does no work here. Proceeding with “I’m afraid we’ll have to keep a pained and rheumy eye on him for a while longer” proves only that today’s Amis is having recourse to yesterday’s Amis’s notebook. If he had cut “pained and,” he could halve a cliché and still be left with a banal line. I mention this because we are to be treated, on many of the very many following pages, to instruction on how to write fiction, compose English prose, and cook up allied meat and potatoes.

When he calls his book—in which “Martin Amis” is the main character and his great friend Christopher Hitchens the narrative’s love object—a novel, Amis junior dares us to deny that that baggy form can digest most anything you care to put into it. Alas for Amis, verbosity will not guarantee your rivaling the author of Tristram Shandy; no more than do treble scoops of temps perdu turn the scribbler into le petit Marcel. Instead, he reminds us how clever Proust had been to make his narrator distinct, if only just, from himself; in the same liberating spirit, he reupholstered the French dandy poet Robert de Montesquiou as his own free-standing creation, the Baron de Charlus. Amis is so bent on having you know how many big shots rate him that his “novel” has not a shred of self-mockery or of that blend of source with fancy that gives Proustian characters their larger-than-lifeliness. More than 500 humpty-bumptious pages stretch ahead. It is soon borne in upon us, on no silver platter, that Martin Amis keeps fancy company. But to very little end. Much of the time, it’s difficult to discern what the hell he is talking about, apart from himself and his tragic—if only because dead—buddy Hitch. That fearless 1,000-words-a-day sniper took out Mother Teresa (the old hag), Isaiah Berlin (all fox, no hedgehog), and whoever else was unlikely to return effective fire or might have his assailant axed by editorial commissioners. This counted as being revolutionary.

What name that serves to add a much-needed cubit to Mart’s stature remains uncited? A footnote boasts of an evening in the late 1970s with my friend, the director Stanley Donen, during which he is said to have enumerated his starry mistresses. What is not said is that Martin was there because he had been hired to write a screenplay for Stanley. Soon after Amis delivered it, I had a phone call from Stanley that began: “Freddie, you’re talking to a drowning man.” The younger Amis had talked a good game, but the script needed radical treatment, like being torn up and started again. I agreed, reluctantly, to do the operation as long as my name was not on the credits. Martin covered his embarrassment by putting it about that I was a usurping spoiler. His CV still claims he wrote Saturn 3. He is so welcome to think so.

Among other top people whom Amis is keen to have us know he knew is Vladimir Nabokov, whose pleasure it was, often, to make other people aware, promptly, who was Who. Way back when, I lunched with Nabokov and Véra in the Palace Hotel Montreux (nominal flashing is infectious). My host wrote a Russian-looking name-ski on a piece of paper and challenged me to say what English author it anagrammatized. I looked for a demi-second and replied, “Kingsley Amis.”

Nabokov said to Véra: “This is a very interesting young man.”

“No,” I said, “a well-prepared one.” Good examinee, I had been reading the TriQuarterly, devoted to my about-to-be host, while sitting on a preprandial bench by the lake. When I took leave to tell Nabokov that Robert Graves (“the poet,” Kingsley’s son might add) had looked across the room at a literary party and said, “That’s Kingsley Amis, and there’s no known cure,” the author of Lolita smiled. He was unamused to be told that Trotsky, whom I had been reading (in translation), had written with respect of Nabokov senior. Both had been murdered by assassins left and right, respectively; does that justify either? Hitch could have done a thousand-word justification of both killings easily; Martin, who is obsessed by tyrants both foreign and domestic, might well huff and puff the fact into a meta-novel.

In 1977, playing tennis in France, I was called by the CBC and offered the news of Nabokov’s death. I asked why I, of all people, was being informed of this. “Because,” the Canadian voice said, “Mrs. Nabokov says that of all the writers he had spoken to in recent years, he felt he had the greatest rapport with you.” Is this story true? Yes. Does it matter? It’s actually sad and funny; I had driven past the Palace Hotel again some months before and had thought of calling on the Nabokovs but feared he would not remember me. Loser, right? Compare and contrast how Martin here describes rushing past Saul Bellow’s palace guard and how eagerly he is embraced by the old guy. Saul’s mind would soon be denuded by Alzheimer’s, but when some novice toady asked what Augie March was about, the waning Nobelman came out with “About two hundred pages too long.” Hint not taken here. If Mart wrote sonnets, they would all be at least 50 lines.

For a didactic pundit, Amis leaves some odd phrases on the page. “Phoebe awaits” is, let’s say, rare usage for a transitive verb. Phoebe, who is his sexual initiator and all but fatal lady, recurs as menace and charmer, but our hero (and his) now seems steadily married to Greek-Jewish Elena, with whom (and their children) he scales Masada, three times. He repeats the story of the never-surrendering garrison. The moving finger writes, and having writ, writes on and on.

I have five pages of single-spaced notes on Inside Story that I have hardly broached, but look at the time, look at the space! So listen, Mart old buddy old pal, even if I’ve never met you, I have already spent an age and a third on your non-novel novel and may be the only person ever to have read every word. Oh finish your Macallan, do! And mine. Which way to the bathroom did you say? 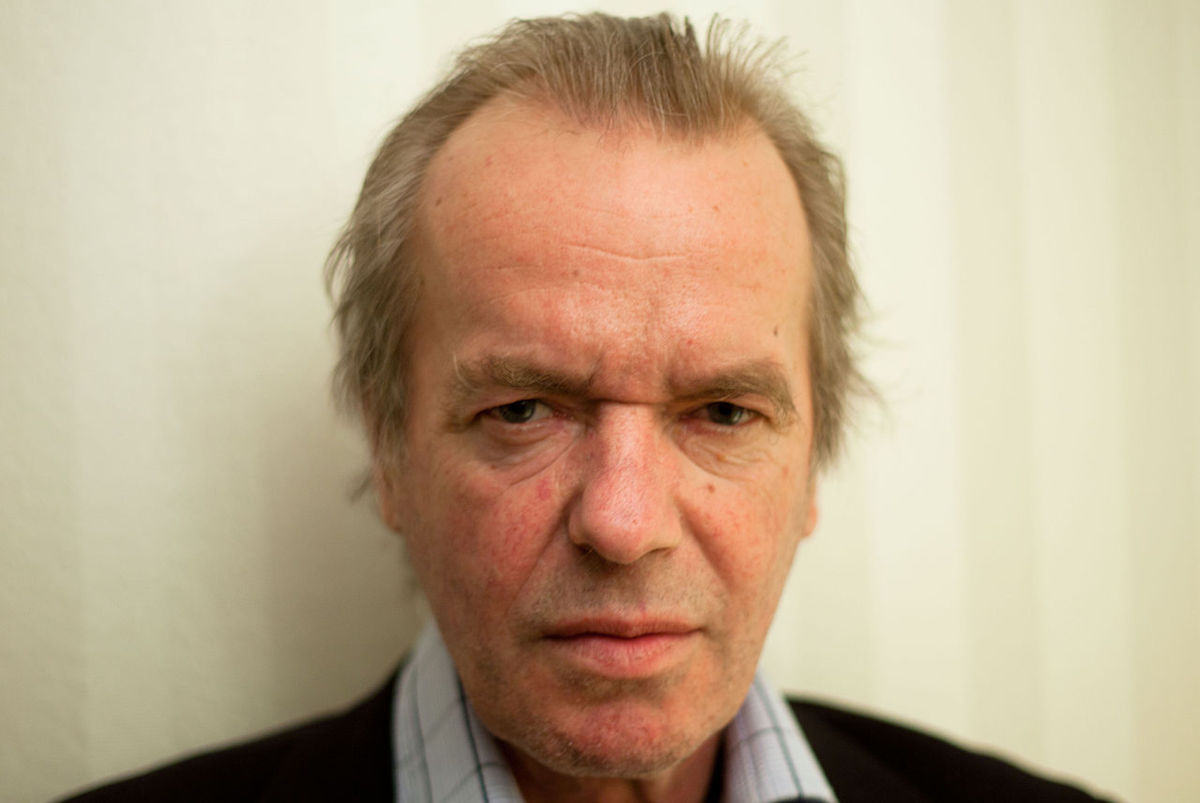