Theodor Herzl had one genuinely big idea that worked brilliantly. His brainstorm, now known as the State of Israel, solved the two biggest psychological problems facing the Jewish people in 1896: homelessness and powerlessness. Since 1948, as it has welcomed more than 3.5 million Jewish refugees and has become the world’s largest Jewish community, Israel has also healed the feelings of displacement and impotence that have afflicted many Jews.

Many, but not all. Susie Linfield’s new book, The Lions’ Den, shows that Herzl actually misunderstood the greatest practical problem facing the Jews. His grand Zionist solution failed to solve the Jewish Problem: anti-Semitism. Israel has become the collective Jew among the nations, attracting the kind of obsessive bigotry that individual Jews endured in Herzl’s Europe.

Present-day anti-Semitism exposes Jew-hatred as the world’s most plastic hatred: durable, adaptable, pliable. Anti-Zionist anti-Semitism keeps mutating, serving as a surprisingly versatile ideological glue, even bonding natural enemies: Christians with Muslims, believers with atheists, right-wingers with left-wingers, Jews with non-Jews. And for those Jews who have not experienced Israel’s creation and flourishing as a form of healing, the existential problem of being Jewish has created a new form of Jewish self-hatred.

The Lions’ Den tackles two perplexing phenomena: left-wing anti-Zionism and Jewish anti-Zionism. Linfield’s fascinating intellectual history examines the views of eight thinkers and their writings on Israel and the Jews. And it also serves as a potent lament by a liberal about how leading liberals have betrayed and are betraying liberal ideals in illiberal ways.

The Tunisian-French anti-colonial writer Albert Memmi is here too, consumed with Israel’s faults even as he celebrates the necessity of its existence—because unlike the others, he had firsthand experience of Arab oppression. Linfield’s oddest choice is the much-younger, non-Jewish Irish academic Fred Halliday (1946–2010), who blasted Israeli policy toward Palestinians without justifying Palestinian terror, Arab autocracy, or Islamist radicalism.

Linfield begins with a compelling description of Arendt’s ambivalent Zionism. In her notorious 1963 study, Eichmann in Jerusalem, Arendt all but Nazified Israelis. Her “relationship to Israel was like that of an alienated, rebellious child to her family,” Linfield writes. “Though full of anger, resentment, and feelings of superiority, she could never separate completely, and in times of crisis, she always came to its defense.”

Arthur Koestler followed a more linear trajectory. His 1946 Zionist novel Thieves in the Night worshiped Palestine’s new, aggressive “Hebrew Tarzans.” Thirty years later, he published a bizarre gift to anti-Zionists, The Thirteenth Tribe, in which he argued, preposterously, that today’s Jews were the descendants of Khazaris who converted in the 11th century c.e. In both works, Koestler sought to solve the Jewish problem—and his own Jewish problem—simply by erasing traditional Jews from history. “The Zionist as Anti-Semite,” Linfield calls him.

Linfield finds most anti-Zionist attacks on Israel shoddy, even embarrassing. Maxime Rodinson, Linfield writes, “became a less intelligent version of himself when he turned to the subject.” I.F. Stone falsely assumed that “Israelis and Palestinians shared a parallel yearning for peace.” And ignoring “actual history,” she sees Chomsky constructing a mythical place she calls Chomskyland, a “world where Arab dictators and PLO militants spent decades seeking peace and [the Israeli novelist] Amos Oz opposed it.” Chomsky, she writes, “has taken bedrock principles of the Left … twisted them into unrecognizable caricatures, and thereby betrayed them.”

In short, “the pitfalls into which so many commentators on Israel fall” include “arrogance, ignorance, remoteness, abstractness.” If the Middle East proved to be the graveyard of imperial ambitions, Linfield warns that it has become the graveyard of “clear-headed moral and legal discussion.”

These liberals disappoint Linfield because she believes in liberalism. But “there is no middle ground where political violence is concerned any more than there is with racism.” Her hero here is Halliday. His refusal to make excuses for terrorism demonstrates for her that “realism is the assertion not the surrender of humane and even revolutionary values.” And while “the Western left has been an acute and invaluable critic” of Israeli fantasies, it “has been the worst enabler of Palestinian delusions.”

While anti-Zionists minimize Israel’s achievements, Linfield highlights one of Zionism’s underappreciated miracles: how it has transformed the Jew’s image and self-image. Koestler was a virtuoso in self-loathing, repulsed by “the ugliness” of the Jewish faces, “this assembly of thick, curved noses, fleshy lips and liquid eyes,” these “masks of archaic reptiles.” Being a Jew so tormented Isaac Deutscher that he pretended to forget the Yiddish and Hebrew he spoke fluently when young. This majestic biographer of Leon Trotsky, who coined the phrase “the Non-Jewish Jew,” was, Linfield writes, “a deeply conflicted Jew.” Deutscher remained Jewish, simply, he admitted, “by force of my unconditional solidarity with the persecuted and exterminated.” The fact that we view such behavior as neurosis incarnate is a testament to the practical effects of Zionism in presenting a new understanding of Jews as masters of their own fates.

Although this delightfully smart book offers beautifully rendered insights, Linfield has blind spots. She bashes Israel periodically and usually with one-liners that simply presume agreement. While preserving the book’s street cred with the left, these ripostes feel like virtue-signaling. To be fair, though, there’s relatively little of this in her courageous exposé of this “treacherous readiness to substitute ideology, wishful thinking, or sheer fantasy for reality.” Linfield has written a book that is shockingly heterodox for a professor of journalism at New York University, where one presumes her friendliness to Zionism makes her feel that she’s in the lion’s den.

Linfield mocks the identity totalitarians who reason backward, justifying the crimes of those they like while demonizing those they hate. Most provocative, she sees that Israel-pounding allows “the left to sustain a blistering critique of nationalism, albeit only in the case of one small country, while simultaneously kowtowing to the anti-imperialist and stridently nationalist rhetoric of the Third World.”

This insight parallels Judea Pearl’s in another important book—Anti-Zionism on Campus: The University, Free Speech, and BDS, ably edited by Andrew Pessin and Doron S. Ben-Atar. Pearl, an artificial-intelligence expert and the father of the murdered Wall Street Journal reporter Daniel Pearl, targets the irrationality of what he calls Zionophobia. “Marxist intellectuals can never forgive Israel for proving their textbooks wrong,” Pearl writes. “The entire neural architecture of BDS intellectuals is wired around the hated image of white settlers who have long disappeared from the earth (not counting the Falkland Islands). Israel is hated because the white settler must be reinvented to fit the villain script.”

Linfield’s anti-Zionist Jewish intellectuals also detested Israel for proving them wrong. Hoping to become citizens of the world, deracinated by history, they ended up instead stricken by Emile Durkheim’s anomie: listless, lonely, self-loathing, and stuck. They were still Jewish after all. In countering their self-images as ugly, tortured, wimpy Jews, Israel’s proud, strong sabras triggered more self-loathing in them, and this self-loathing metastasized into seething hostility.

The historical clash between modernity and Judaism spawned Zionism, and helped liberalism, too. Some Jewish liberals tried escaping what they perceived as an oppressive Judaism by feeding liberalism’s most universalistic impulses. By contrast, Zionism fused nationalism with liberalism, balancing pride in identity, community, and nation-state with commitments to freedom. Like Americans, Zionists use particularism to advance universal ideals.

In the latest universalist-versus-particularist clash, postmodern liberals deride all Western nationalists as Trumpian xenophobes. Unfortunately, too many nationalists have gone ultra, confirming the caricature. All the shouting drowns out subtler, balanced voices.

That’s what distinguishes the examples of Albert Memmi and Fred Halliday. Memmi experienced Muslim and Arab hostility too intimately to be bullied out of his Jewish identity. He appreciates having a “close kinship with one’s own people.” Halliday was too principled a liberal to be politically correct. By contrast, Linfield’s Jewish anti-Zionists wallowed in half-truths and brutal inconsistencies. Their misanthropy demonstrates the psychic cost of being People of the Book who betrayed their people and their Book, rejecting that nuanced mix of universalism and particularism the Bible teaches, Judaism embodies, Zionism champions, and Israel, at its best, lives by. 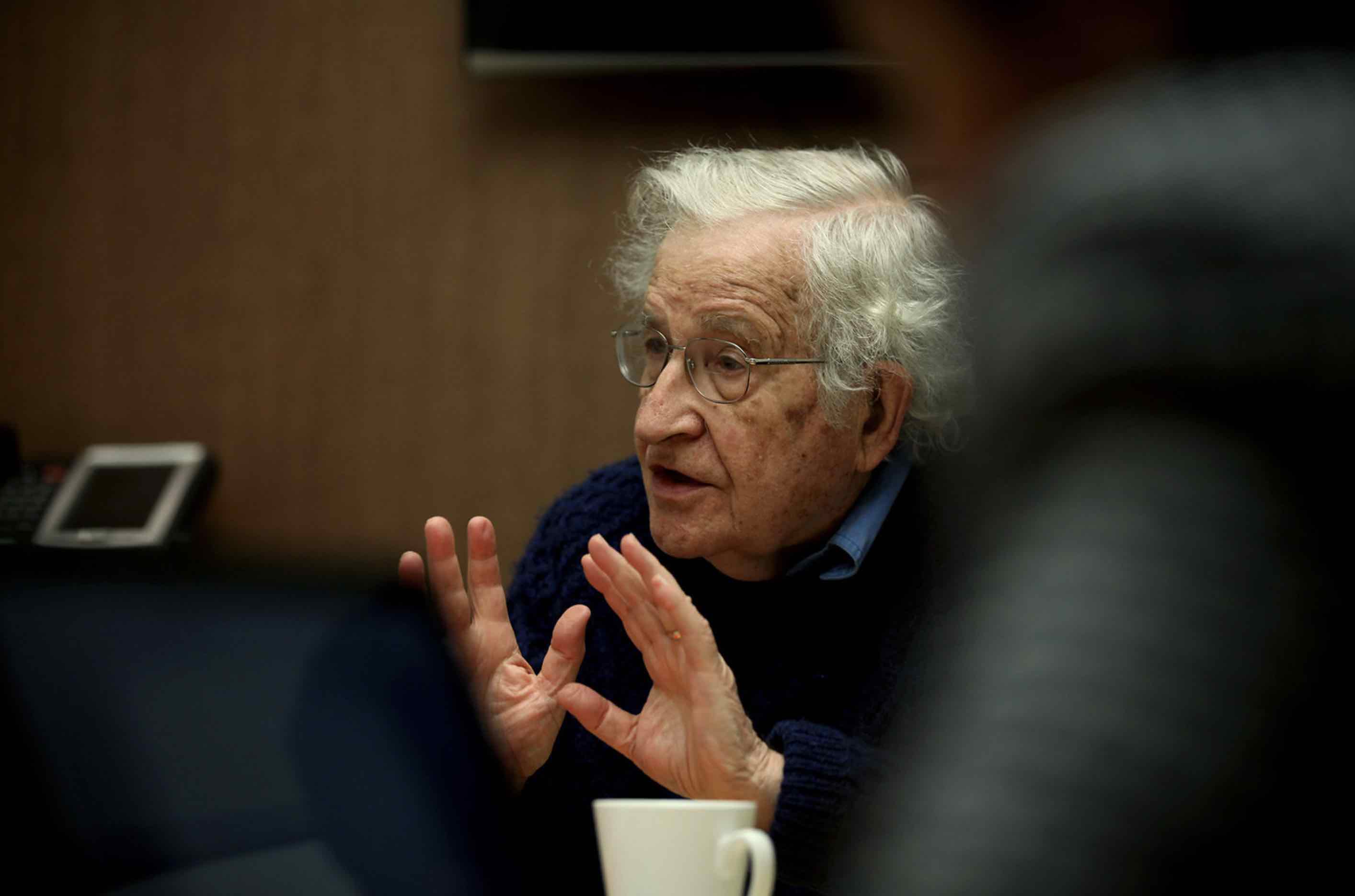 Gil Troy is the author of nine books on presidential history, including The Age of Clinton: America in the Nineties and Morning in America: How Ronald Reagan Invented the 1980s. He is also the author of four books on Zionism, including the forthcoming Theodor Herzl: Zionist Writings (3 volumes). Follow him on Twitter @GilTroy.