hilip Roth said that when a writer is born into a family, the family is finished. This is not always true. Every family has dirty laundry, and a writer’s task is to wash it in public. The peculiarity of the work can turn writing into a family business: Consider the firms of Dumas, Amis, or Richler; not forgetting the Waughs, still witty in their fourth generation. Equally, the finish of a family can be the making of a writer. Especially when, as in Michael Arlen’s Exiles and Nabokov’s Speak, Memory, the paradise of childhood is lost along with the way of life that shaped it. This double tragedy frames Fault Lines, David Pryce-Jones’s magnificent, elegant, and elegaic memoir of his personal “world of yesterday.” 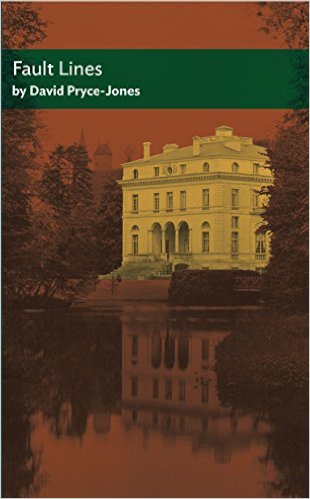 Journalist, novelist, historian, and senior editor at National Review, Pryce-Jones was born in 1936 at Meidling, a 50-acre estate near Vienna. He was the only child of Thérèse “Poppy” Fould-Springer, a beautiful but troubled heiress from a family of Jewish aristocrats of industrial means, and Alan Pryce-Jones, a Welsh writer of limited talent and glib ambition. Alan’s father Harry, a colonel in the Coldstream Guards, “exemplifying the English gentleman of his day”: polite and reserved, good with balls and guns, and entirely devoid of imagination. Alan’s mother, Vere, was a blue-blooded Victorian naïf, “incapable of living in the twentieth century.” They lived in the gatehouse of Windsor Castle, where Harry was Harbinger of the Gentlemen at Arms, a medieval functionary who supervised retired soldiers in their ceremonial duties. Vere believed that Alan was a genius. Alan agreed.

Meanwhile at the mansion of Royaumont near Paris, Poppy’s parents, Mitzi and Eugène, were outlandishly rich and highly assimilated, at least in their own estimation. Half-unhinged by “Jewish nerves,” the Fould-Springers were so cultured that they used Proust’s dentist, even though his technique was “half a century out of date.” Eugène was in love with Frank Wooster, a posh English idler who, having golfed with P.G. Wodehouse, may have been the inspiration for the posh idler Bertie Wooster. Mitzi was also in love with Frank. In 1922, when Poppy was eight, Frank and Mitzi left Eugène. “Homosexuals make the best husbands,” Mitzi explained, remaking herself as a Protestant Englishwoman called Mary Wooster.

Somehow, the Fould-Springers reproduced four times. Poppy, the third of four children, and the second of three girls, grew up cosseted and miserable. Her sister Lily married a Rothschild. Her brother Max, the second and last Baron Fould-Springer, was a perpetual baby whose homosexual adventures were “an open secret.”

As were those of Alan Pryce-Jones. In the ’20s, he climbed the snobbish and hedonistic society of Vile Bodies, mixing with Cecil Beaton, John Betjeman, Hugh Lygon (the model for Sebastian Flyte in Brideshead Revisited), and Tommy, “lately a midshipman in the Devonshire.” By the early ’30s, Alan had secured a small reputation with a couple of travel books and taken heroin with Jean Cocteau. He wanted money and the hard currency of aristocratic titles. First, he attached himself to the aging body of the vile Bobby Pratt-Barlow, the heir to a paper manufacturing fortune whose mansion in Sicily was staffed entirely by 12-year-old boys. Next, Alan tried to marry the rich and well-bred Joan Eyres-Monsell, but her parents saw him coming. Later, she married Patrick Leigh-Fermor, who wrote “the kind of stylized and idiosyncratic travel books” that Alan would have written, had he the talent.

“I suppose one ought not to marry a Jewess,” Alan quipped in a letter home, as he courted Poppy. David Pryce-Jones is a better writer, and a better person, than to judge his father’s conduct; he need only describe it. His parents’ letters make hard reading. Innocent Poppy fell for unscrupulous Alan, but Alan could not escape the “prison” of homosexuality. Poppy called David’s birth “unwished for” and believed that postnatal depression thwarted her ability to love him. At first, Alan felt “nothing” for David. Later, he detected a “possibly lovable human being.”

Poppy and Alan had been “conditioned to believe that wealth and privilege must make everything come out for the best.” Neither could face Alan’s sexuality, let alone Hitler’s rise. Although Springer holdings had been expropriated, Alan’s 1939 novel, Pink Danube, willfully ignored the politics of its Viennese setting. When war broke out, Alan and Poppy were in London. Three-year-old David was in Paris with Poppy’s family and “no identification papers of any kind.” His nanny woke him in the night, and the family fled before the German advance. A relative by marriage, the Spanish diplomat Eduardo Propper de Callejón obtained Spanish visas for them. David believes that Callejón may have slipped him into Spain by pretending he was “a relation, even his son.”

Incredibly, David’s aunt Lily chose not to proceed from Spain to neutral Portugal, but to return to Vichy France. After a year in Cannes and a winter in Morocco, David reached London in September 1941. His father put the outsider on the inside track of English life: Eton, Oxford, and the Guards. On his first day at Eton, David found a note on his desk: “Your mother is a dirty Jewess.” Later, Auberon Waugh, son of Evelyn, bullied him in print as a “Welsh-Jewish dwarf.” For some reason, Pryce-Jones is not respected in Britain as a national treasure.

Names are not dropped, but dispensed as facts, like an expression of noblesse oblige. Harold Acton teaches David Chinese phrases in an air raid. Greta Garbo plays tennis with him topless. Isaiah Berlin, whose wife Aline was Poppy’s childhood friend, backs into the limelight, an immigrant careful not to offend his hosts. On a postwar swing through Europe, David meets Somerset Maugham, Max Beerbohm, Bernard Berenson, and Winifred Wagner. She says she would be “thrilled” if Hitler were to walk in.

“Royaumont! The name alone,” writes Pryce-Jones, “has almost an enchanted power to bring back the past as though everything was still as it once had been.” Some of the Fould-Springers were murdered at Auschwitz. The family regrouped at Meidling and Royaumont, but life was soaked in the “pervasive melancholia and sense of less that is an aftershock of Nazism.” In 1953, Poppy died from cancer. When David caught Alan in bed with a rent boy, father and son did not speak of it. Funded by Bobby Pratt-Barlow’s legacy, Alan decamped to Newport, Rhode Island. The wicked uncle, Lily’s husband Elie de Rothschild, took Royaumont for himself. David cried as Poppy was reburied in a Catholic cemetery. “Stop sniveling!” Elie ordered, hitting David and sending him into the mud.

“How did we survive our upbringing?” David wonders. He dreamt of Royaumont as du Maurier’s Rebecca dreams of Manderley. But he took Freud’s cure: love and work. He built a family with Clarissa Caccia, the daughter of an Anglo-Tuscan diplomat, and a remarkable career: He has written 10 novels and 13 works of nonfiction and reported from the Six-Day War and the Soviet Empire. In one of his biographies, Unity Mitford, he aired more monogrammed laundry and was accused as “a traitor to my class” for revealing how aristocratic Mosleyites had planned for a “British Vichy.” Superbly written, Fault Lines is another triumph of truth over lies. It will become a classic.