en are very dangerous,” the radical feminist Andrea Dworkin declared at a 1983 meeting of the National Organization for Changing Men, an “anti-sexist” group with an apparent shortage of gender-based rah-rah male self-esteem. Readers of The Campus Rape Frenzy, the sobering new book by KC Johnson and Stuart Taylor Jr., will pick up a distinctly different impression: On many of today’s angst-filled college campuses, it seems the tables have turned. 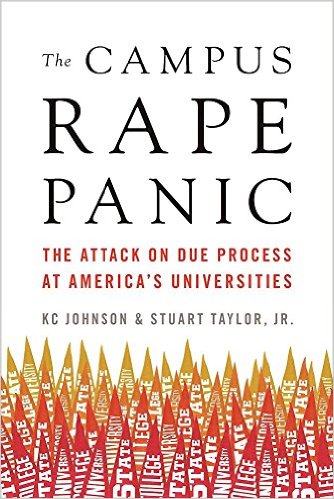 “Casual sex with women you barely know is especially dangerous,” notes Taylor at the book’s close, cautioning future generations of college-bound young men. It almost sounds quaint, echoing warnings once dispensed to young women about men in the supposedly retrograde days of yore. But as The Campus Rape Frenzy documents, at colleges across America, innocent male students are increasingly railroaded, scapegoated, and victimized. They are learning the hard way that sex with the wrong girl might just ruin your life.

Colleges, particularly those of the elite variety, are in the “grip of a moral panic about students’ sexual behavior,” Johnson and Taylor write. Thanks to a 2011 “Dear Colleague” letter to universities from the Obama administration’s Office of Civil Rights, college campuses are increasingly taking sexual-assault adjudication into their own hands. The results are disastrous, following a formula that is perfect, as Johnson and Taylor point out, “for judging innocent male students to be sex offenders,” using standards that turn both “civil liberties and centuries of common law upside down.”

The examples in The Campus Rape Frenzy may make your jaw drop down to your toes. There’s the woman at Ohio State, on the verge of flunking out, who used a “rape accusation to avoid expulsion”—based on a consensual sexual encounter 10 months earlier—in order to get a Title IX “academic accommodation” to stay in medical school. There’s the young woman who had consensual sex, got caught by her conservative parents, and then attempted to save face by calling it rape. Thanks to our national obsession with digital oversharing, there are numerous cases of women whose own personal texts show obvious enthusiasm for the sex they would later call a crime.

Schooled by the left’s unshakable “rape culture” narrative—which, despite its serious factual deficiencies, has been largely absorbed by academics and government bureaucrats alike—colleges relentlessly prosecute even the flimsiest sexual-assault accusations, thereby cooking up sexual-assault witch hunts. As Harvard Law professor Jeannie Suk Gerson puts it, the feminist “believe-the-survivor” dogma has morphed into “a near-religious teaching.” In this worldview, accusers should always be believed; to the accused, well, good night and good luck. According to U.S. District Judge F. Dennis Saylor, the scene is “closer to Salem, 1692 than Boston, 2015.”

This is all quite odd, especially when you consider the fact that the “widespread rape-culture” narrative—beloved by many campus activists, celebrities, and politicians—has been repeatedly and decidedly debunked. For some, there is clearly something magical and nourishing about the “rape-culture” myth. Why else did then–President Obama, whose own Justice Department estimated the rate of campus rapes as 6.1 cases per 1,000 women, emotionally tell the American public that the rate is a horrific 1 in 5? Why would countless young women, reaping the fruits of the sexual revolution, decide, sometimes months after the fact, that their latest bout of free love was actually rape?

Weirdly, those most caught up in the “rape culture” whirlwind repeatedly insist on campus-based justice, pooh-poohing actual legal action. This is, to put it charitably, bananas. Why would anyone who cares about rape and sexual assault want such serious crimes prosecuted by academics or college administrators? Citing the recent sexual-assault controversy at Baylor University, where higher-ups repeatedly ignored legitimate complaints against members of the football team, Johnson and Taylor point out the peril of demanding justice exclusively from universities: “Evidently big-money sports may be the only force that rivals the powers of the accusers’ rights movement on today’s campuses.”

During the 2016 presidential campaign, battered by Hillary Clinton—a former shamer of accusers who promptly adopted the “all accusers must be immediately believed” mantra, with predictably awkward results—Bernie Sanders stood as a lone voice of left-wing reason when it came to sexual assault. “If a student rapes another student,” he said, “it has got to be understood as a very serious crime. It has to get outside of the school and have a police investigation.” Astoundingly, many feminists were not pleased.

It’s a weird, wild world, populated with weird, wild outgrowths of a long-past sexual revolution. When it comes to campus assault, “millennial sexual mores are clouding the evidence,” said Brett Sokolow, who runs the National Center for Higher Education Risk Management, in May 2014. “We see complainants who genuinely believe they have been assaulted, despite overwhelming proof that it did not happen.”

Laura Kipnis, a Northwestern University professor who triggered mass campus protests with a single Chronicle of Higher Education essay on the subject, has a darker take: “Anyone with a grudge, a political agenda, or a desire for attention can quite easily leverage the system.” That system, which includes a marked growth in “yes means yes” affirmative consent laws—laws that require verbal consent for every stage of sexual activity—creates a minefield for young men.

“Two of the last decade’s three highest-profile campus rape accusations,” Taylor and Johnson write, “were hoaxes.” Those would be the infamous Duke lacrosse case of 2006 and the mind-boggling University of Virginia gang-rape story of 2014, as credulously reported by Rolling Stone. Both were tales of vivid detail, horror-show drama, and over-the-top evil. Both, with scanty evidence, turned ordinary young men—and in the UVA case, quite imaginary young men—into supposedly brutal monsters. Both tales were readily believed.

What this says about our culture is one thing. But reading The Campus Rape Frenzy, a question continually popped into my mind: What on earth is happening to young women? Who would want to live this way? “Youth,” as the old saw goes, “is wasted on the young.” Thanks to the various doctrines of modern victimhood feminism, these days, much more is going to waste. 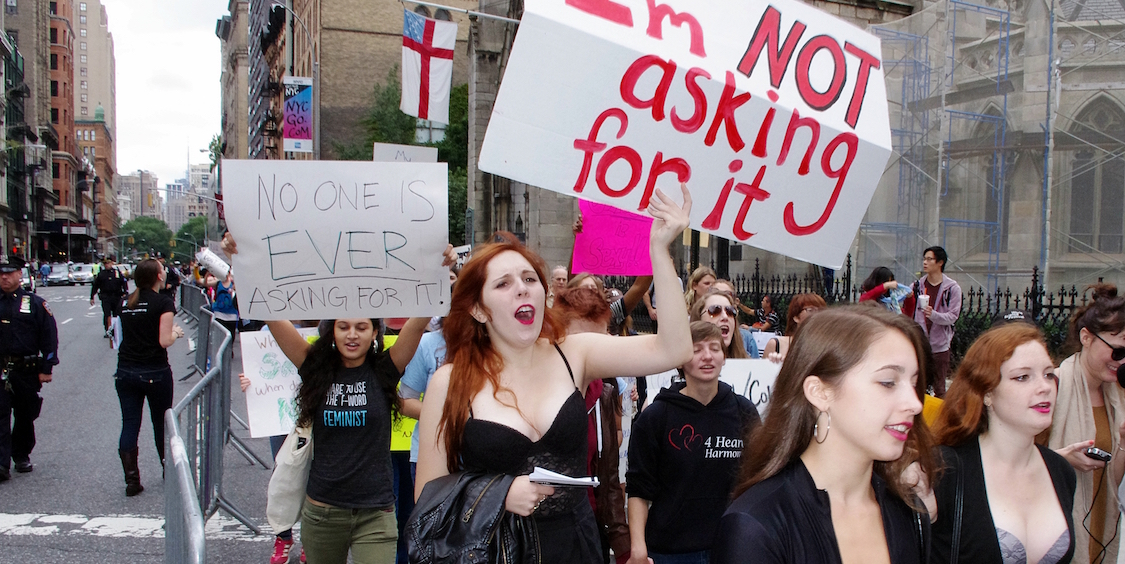 Heather Wilhelm is a writer living in Austin, Texas.