haven’t spoken to my wife in years,” the late comedian Rodney Dangerfield once quipped. “I didn’t want to interrupt her.” If Dangerfield were still with us, thick in the gurgling angst of 2017, he would be wise to stick to the course. If he were to speak up, he would not just be guilty of interrupting. He would be manterrupting.

Forget the interrupters of the past: Nikita Khrushchev thwacking his shoe; Winston Churchill of “Don’t interrupt me when I am interrupting!” fame; Joan of Arc, serial interrupter of kings and priests alike; or the infamous Lady Astor, who reportedly spent most of her stint in the House of Commons refusing to shut up. Today, in our enlightened era, gender may be considered a “construct,” but foibles like interruptions are increasingly binary and gendered. Indeed, manterruptions are not alone but join a growing list of evolving and awkward neologisms that share one simple goal: making the roots of everyday human offenses—and perhaps even the fruits of our fallen nature—singularly male.

Here’s a list of just a few. Manterrupting occurs when a man has the temerity to interrupt a woman’s speech. Bropropriating involves a man who blatantly steals a woman’s idea. Hepeating happens when a man repeats himself in a condescending fashion, or when a man echoes a woman’s previously ignored idea and gains instant praise. Then there’s the mother of them all, the grand poobah of gendered offenses, named as a New York Times “word of the year” in 2010 and marked as an official entry in the Oxford Online Dictionary in 2014: mansplaining.

To mansplain, according to Oxford, is to “explain something to someone, typically a man to a woman, in a manner regarded as condescending or patronizing.” According to Lily Rothman, whose “A Cultural History of Mansplaining” appeared in the Atlantic in 2012, mansplaining involves “explaining without regard to the fact that the explainee knows more than the explainer, often done by a man to a woman.” The word is ungainly, certainly. It boasts no elegance or particular sonic heft. Perhaps it sounds better across the pond, now that it has been translated into Swedish, Icelandic, and French.

As a concept, the birth of mansplaining is widely credited to the writer Rebecca Solnit, whose essay “Men Explain Things to Me” first appeared in the Los Angeles Times in 2008. In it, Solnit recounts a party in Aspen with “an imposing man who’d made a lot of money.” This man enjoyed hearing himself talk, and also presumed he knew much more about a new and “important” book than Solnit did. This was rather unfortunate and hilarious, given that Solnit had written that particular book.

“That I was indeed the author of the very important book it turned out he hadn’t read, just read about in the New York Times Book Review a few months earlier,” she wrote, “so confused the neat categories into which his world was sorted that he was stunned speechless—for a moment, before he began holding forth again.”

The essay went viral. The word itself didn’t appear until about a month later, in a LiveJournal comments section, and it slowly seeped into the corners of various feminist blogs. According to Google Trends, “mansplain” began to flutter into more mainstream circles in 2010. But it wasn’t until August 2012, when the word was featured in a GQ political blog—in case you’re wondering, the mansplainer in question was the long-suffering, mild-mannered Mitt Romney—that it broke the proverbial glass ceiling.

The rest, as that man in Aspen would no doubt love to explain, is history.

To ’splain, of course, is nothing new. The word’s origins “go back almost 200 years,” according to Merriam-Webster: “’Splain, the abbreviated form, shows up in stories in the 1800s, usually in phonetic renderings of a person’s accent.” More recently, in the 20th century, Desi Arnaz brought ’splain to whole new heights through his various wild-eyed televised hollerings at his wife on television and off, Lucille Ball.

What’s new, and what’s key, however, is its conjunction with the word “man”—and with it, countless implied perils of masculinity.

“I like incidents of that sort,” Solnit wrote after her run-in with the know-it-all Aspen cocktail-party lecturer, “when forces that are usually so sneaky and hard to point out slither out of the grass and are as obvious as, say, an anaconda that’s eaten a cow, or an elephant turd on the carpet.” Mansplaining, in other words, has long been clothed in murk, but once you know where to look, it becomes omnipresent. Today, it’s a verbal Frankenstein’s monster of oppression, hauled out of the shadows for an endless and torturous Broadway run.

In late October of this year, “mansplaining” was once again the word of the moment, entering the halls of Congress. Following a rather non-extraordinary argument with Representative Darrell Issa about the implications of a particular amendment to a particular bill—one in which Issa made the dangerous mistake of using the word “naiveté”—a miffed Democratic Representative Pramila Jayapal of Washington took to Twitter, ready to stick it to her male opponent. If Tweets could huff, this one would: “Thank goodness we have so many men in Congress to mansplain our naivete. Here’s to you, @DarrellIssa.”

Not to be outdone, “manterrupting” is also making a run for the gold. In September, the political commentator Kirsten Powers complained that men were responsible for “99 percent” of the interruptions on television news. Men, she declared on Twitter, “disproportionately interrupt women. This isn’t just a TV problem, it’s a world problem. Most women will tell you this.” This is curious, given that in the very clip Powers was referencing, she contributed more than her fair share of interruptions. (There is no shame in this, by the way. Interrupting is a basic ingredient of arguing on TV.) Powers went on to offer an admittedly creative solution to her woes: “I really want to start a show called ‘Girl, Uninterrupted,’” she added, “with a trap door for interrupting men.” Perhaps female interrupters would win a new car.

he startling growth in mangression-related outrage digs up a troubling question: Can men and women even argue any longer? How can women claim equal footing with men when every blowhard or “manterrupter” leads to a blown feminist gasket? Perhaps—and this might sound incredibly dated, but here we go—women just need to keep speaking up?

In the 1980s, observers in the UK noted that Prime Minister Margaret Thatcher was frequently interrupted—so much so that researchers from the Universities of Sheffield and Sussex decided to investigate. Their conclusions, published in the journal Nature, were fascinating: Lady Thatcher, it turns out, was giving her interrogators a host of nonverbal cues. “We demonstrate here that many interruptions in an interview with Mrs. Margaret Thatcher, the British Prime Minister, occur at points where independent judges agree that her turn appears to have finished,” the study noted. “It is suggested that she is unconsciously displaying turn-yielding cues at certain inappropriate points.”

In the U.S., similar unease flows over the supposed verbal oppression of female Supreme Court justices, leading to similar explanatory findings. In one study, researchers from the Northwestern Pritzker School of Law found that female justices were disproportionately interrupted by male justices when they first entered the Supreme Court. But the longer the women were on the bench, they adapted, changing their speaking styles to drop various hedging and “framing words”—words that women apparently favor. The interruptions plummeted.

“Yes, it’s true,” Solnit wrote in “Men Explain Things to Me,” that men do critique other men, and “people of both genders pop up at events to hold forth on irrelevant things and conspiracy theories, but the out-and-out confrontational confidence of the totally ignorant is, in my experience, gendered.” Speaking to the Washington Post in March of 2017, Solnit noted, as she had in previous interviews, that the “mansplaining” label could be reductive—“it does get used too broadly at times”—but added that it “has been incredibly valuable in describing an experience most women have but didn’t have the terminology for.”

Sadly, this new terminology has arguably created a world of its own, sprouting a cottage industry of fresh and protean monsters most of us never new existed. In “Men Explain Things to Me,” Solnit links male explanatory tendencies to everything from street harassment to “those Islamic countries where women’s testimony has no legal standing.” Writing in the New Republic in July 2014, after listing the horrific number of rapes in the Bosnian war, and the sexual violence in Eastern Congo and Iraq—and the men who chose to ignore or dismiss such tragedies—Helen Lewis extended this line of thought to its inescapable conclusion: “That self-important guy in Aspen is the thin end of a thick wedge.” As they say these days, that escalated quickly.

hat can we possibly make of this? When a self-centered bore in Aspen—a stock character practically carbon-dated in classic literature, marked with comical human flaws as old as time—is ultimately linked to rape and mayhem and murder, it seems all bets are off. “When I wrote the essay below,” Solnit noted in her 2012 introduction to a reprint of “Men Explain Things to Me,” which ran on the website for the Nation, “I surprised myself in seeing that what starts out as a minor social misery can expand into violent silencing and even violent death.”

If one were to truly believe this—and it seems that some of the most devoted followers of the cult of mansplaining do—then every male conversational interruption, every boring male explanation, every sidelong and condescending male look, and even every sudden male sneeze would suddenly morph into the root of a serious and unforgivable crime. There is no reasonable line to be drawn. The rules must be rewritten, and they must be weighted against all men.

This is a strange take on empowerment and equality, but welcome to modern feminism. As human beings, we have all interrupted. We have all over-explained. (My husband, for whatever it’s worth, laughingly accuses me of “mansplaining” all the time.) But in the world of gendered offenses, some interruptions are more equal than others. I’m old enough to have grown up thinking that women could hold their own in an inter-gender debate. But some feminists, it seems, don’t really want equality after all.

Such, we are told, are the wages of the sins of men. For years, linguists and sociologists have played with the idea that language doesn’t just represent reality—in certain circumstances, it can shape our perceptions of what is real and what is not. American linguist Benjamin Lee Whorf is credited with popularizing the concept of linguistic relativity, which argues that the structure of language impacts a user’s worldview. The anthropologist Clifford Geertz famously spent decades exploring how symbols shape culture and cognition.

Perhaps, years in the future, baffled linguists will look upon the early 21st century and our surge of new words, all dedicated to the obsessive sorting of transgressions by gender. If words reflect the spirit of the age—and particularly if they shape it—their analysis will be crystal clear: “Whatever happened, men must have been to blame.” 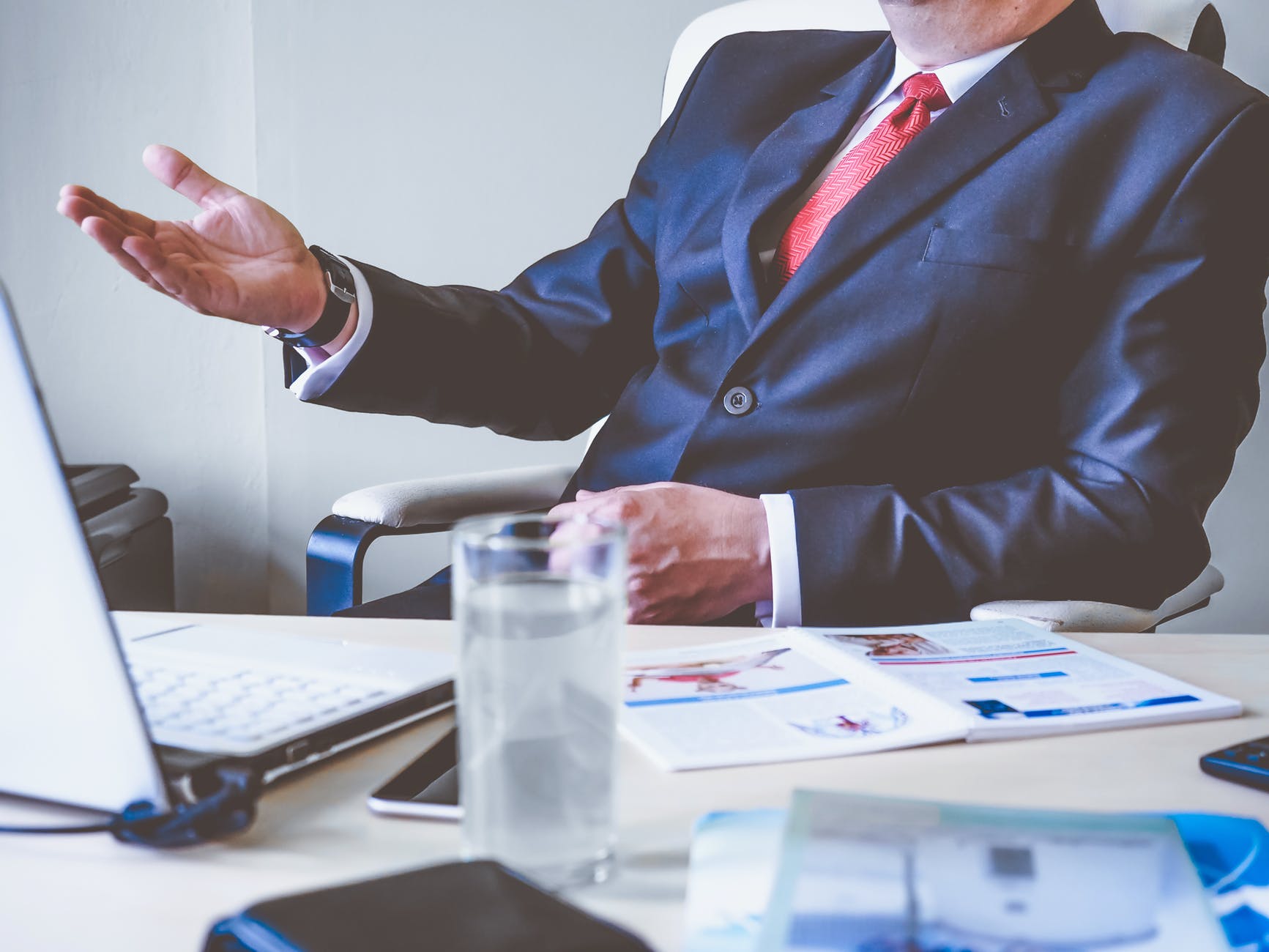