A Marginal Jew: Rethinking the Historical Jesus. Volume One: The Roots of the Problem and the Person.
by John P. Meier.
Anchor-Doubleday. 484 pp. $25.00.

Perhaps the most startling thing about John P. Meier’s book on Jesus is that it has been published with the imprimatur of the Catholic Church. For this is a book, by an author who is himself a Catholic priest, that questions the historical truth of the Virgin Birth of Jesus, the perpetual virginity of Mary, the birth of Jesus in Bethlehem in a manger attended by Magi, and many other cherished beliefs of the Church. One wonders how many other iconoclastic revelations are to come in the projected second volume of this work.

Meier’s avowed aim is to produce an account of the historical Jesus which would be approved by a committee consisting of a Catholic, a Protestant, a Jew, and an agnostic, working to forge a “consensus document on who Jesus of Nazareth was and what he intended.” On the question of who Jesus was, the conclusions of the present volume are that he was born in Nazareth (not in Bethlehem), of a family reputed to be descended from King David; that he spoke Aramaic and Hebrew, but little or no Greek or Latin; that he was literate, but not highly educated; that his family belonged to the lower middle class; that he was unmarried; and that he was a “layman” (i.e., not a priest).

As for “what [Jesus] intended,” this is mostly reserved for the second volume, but some hints are given. Thus, from certain incidental remarks we may deduce that Meier accepts most of the Gospel accounts of Jesus’ conflict with the Pharisees, despite the accumulated evidence that these accounts date from the post-Jesus era. Even the title, A Marginal Jew, suggests Meier’s distance from what has been called “the Jewish view of Jesus,” namely, that Jesus was a very representative Jew and Pharisee who, believing himself to be the messiah for whom the Jewish people were yearning, died as a martyr at the hands of Rome and the Roman-appointed high priest. Even an iconoclastic Christian scholar, it seems, must preserve the dogma of Jesus’ alienation from the Jewish society of his day.

On the whole, however, the topics covered in this volume are treated with refreshing sensibleness and occasionally even courage. For example, Meier goes thoroughly into the question of the brothers and sisters of Jesus who are mentioned in the Gospels and have ever since proved an embarrassment to Christian commentators. The 4th-century writer Helvidius argued that these were indeed siblings in the literal sense; but the implication that Mary had normal sexual relations with Joseph after the birth of Jesus was too much for Jerome, who wrote a book to refute Helvidius, arguing that in Hebrew the word for “brother” can mean “cousin.” In the Eastern Church, a different solution was found: the brothers were only half-brothers, being the children of Joseph by a previous marriage. Meier shows clearly the hollowness of these evasions, especially in the light of testimonies outside the New Testament about the existence of Jesus’ brothers, including James, the leader of the Jerusalem Church, and Jude, reputed author of a canonical Epistle.

In dealing with the birth of Jesus himself, Meier—speaking, he is careful to stress, as a historian and not as a man of faith—points out that the Virgin Birth appears in only Matthew and Luke; its absence from the other two Gospels would seem to show that the doctrine was unknown to their authors. Then there are the Gospel passages indicating that Jesus’ brothers did not believe in his mission during his public ministry, a fact “which hardly seems likely if they had known about his miraculous conception.” As for an alleged Jewish prophecy that the messiah would be virgin-born—that, according to Meier, is unproved. The famous passage from Isaiah (7:14), quoted in the Gospels themselves, should not be translated, “A virgin shall conceive and bear a child,” since the Hebrew word ‘almah does not mean “virgin” but “young woman.” Even the Greek translation of ‘almah as parthenos proves nothing, for the word parthenos in Septuagint Greek (about 200 B.C.E.) does not necessarily mean “virgin”: as Meier notes, the same word is used about Dinah after she has been raped (Genesis 34:3).

Such arguments, familiar in Jewish writings, are not often found in the work of Catholic authors. Meier even considers the charge, first reported in the Contra Celsum of Origen (about 248 C.E.), that Jesus was illegitimately born, though he correctly observes that this charge was probably a hostile or ribald reaction to the claim of Virgin Birth (a reaction which the Gospels themselves anticipate). Those predisposed not to accept the Virgin Birth as fact have always found it easy to explain away the idea that Joseph was not Jesus’ father. An anecdote in the medieval Jewish pseudo-history, Toledot Yeshu (“Life of Jesus”), to the effect that Jesus was the son of a Roman soldier, was even welcomed by the Nazis as proving Jesus’ non-Aryan origin. But the historian can conclude only that the Virgin Birth is a legend (and that therefore Jesus’ father was in fact Joseph). The question then becomes one of tracing the source of the legend and its affinity to myths current in the Greco-Roman world.

Meier, however, refuses to allow that the Virgin Birth is derived from Hellenistic mythology; we look in vain in this book for an appreciation of the extent to which the Luke birth-narrative in particular was influenced by the myths of Mithras, Isis, and Horus. In a curious argument, he differentiates pagan myths, in which “the divine male takes the place of the human male in impregnating the woman,” from the Christian affirmation of an asexual miracle brought about by the action of the Holy Spirit. Yet this distinction is put forward in a single paragraph, and receives nothing like the elaboration accorded, for example, to the problem of the date of Jesus’ birth.

Moreover, the notes, so voluminous on other topics, have almost nothing to say on this one, and in particular omit all reference to scholars of the history-of-religions school who have dealt with the issue. A footnote merely remarks that the alleged virgin births of religious figures such as Krishna, Buddha, and Zoroaster are irrelevant to the Christian case since “it is highly unlikely that [such stories] were known by—much less acceptable as sources to—the early Christians.” But as Howard Eilberg-Schwartz has recently argued, such parallels are indeed highly relevant, not because they show the historical origins of the Christian myth but because they show a common mythical tendency based on perennial human psychological needs.

As for the supposed difference between sexual and asexual myths, virgin parturition without a male is in fact posited of pagan goddesses such as Astarte; and in any case, Hellenistic myths of divine impregnation were often imbued with spiritual meaning, while in the Judaic religions, human sexual activity has often been regarded as having a mystical affinity to divine love. Indeed, in speaking of Jesus as “begotten by God,” and as “begotten not made,” the Christian creeds may be said deliberately to stress the way in which the interconnection between God and Jesus was ineffably similar to that of human generation.

It seems, then, that Meier’s willingness to play the historian while taking a holiday from faith does not extend to seeing the Christian story in a Hellenistic setting; in general, he prefers to set his story against a Jewish rather than a Greek backdrop. An example is Meier’s treatment of the well-known contradiction between the claim of the Virgin Birth and the claim that Jesus was descended from David—since only Joseph, not Mary, was of Davidic descent. (Meier rightly rejects the time-honored solution that Mary, too, was of Davidic origin.) According to Meier this is really no problem, since in Jewish law and custom an adoptive father is regarded as the legal father in every way. Again he offers no support for this observation, either in his text or in the notes. In fact, however, there is no such thing as legal adoption in Jewish law (though guardianship has always been practiced), and the physical father cannot be legally supplanted by any person, certainly not in matters of descent and inheritance.

Still, despite the limits to Meier’s historical objectivity, his book must be commended for its thorough treatment of many of the issues it raises, for its lively, readable style, and for its freedom from jargon. For a final judgment on his enterprise we await the publication of the second volume where Meier will confront the even more contentious issues of Jesus’ mission and aims, and the reasons for his death. 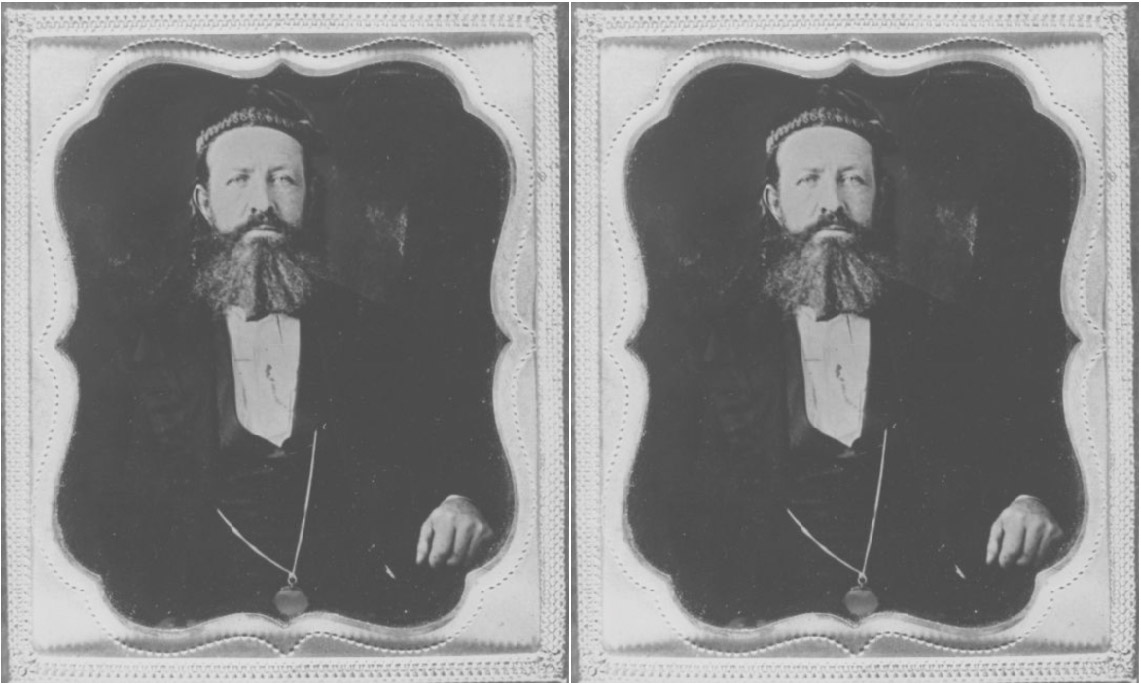 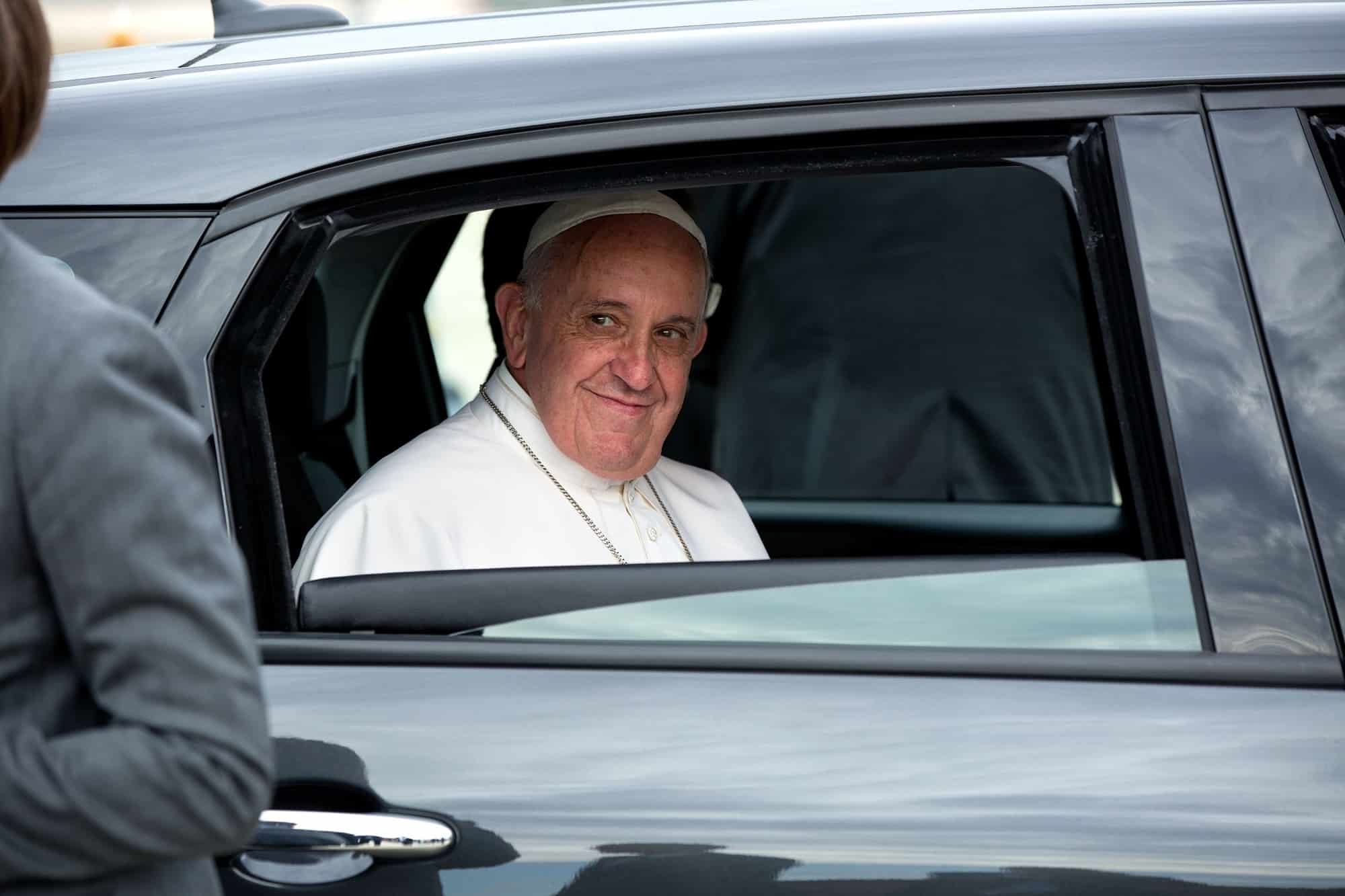