On February 26, 2022, as Russian tanks rolled somewhat haltingly toward Kiev, Germany was fighting a battle of its own. It was trying to keep the lights on. Since 2000, Germany has spent 500 billion euros on its Energiewende program, a campaign to replace fossil fuels and nuclear power mostly with wind and solar energy. That Saturday was a typical winter day in northern Europe, with temperatures in the thirties and forties and light winds. But as the sun settled toward the west, Germany’s vast phalanxes of wind turbines and solar panels performed exactly as they so often have in the past: poorly. By 5:15 p.m., wind and solar combined were producing less than 7 percent of the electricity the country needed. Coal and natural gas made up most of the balance.

The lion’s share of that coal and gas came from Russia. Which was, to put it politely, a geopolitical inconvenience for the richest, and supposedly most powerful, country in Western Europe.

Energy has always been a motivation for war. During World War II, energy hunger was one of the reasons Japan occupied the Dutch East Indies (now Indonesia) and why Germany tried, and failed, to take Russia’s oil-producing Caucasus region. But energy can also be a motivation for war when one nation has a surplus and its neighbors don’t have enough. An energy-rich country can act with impunity, while countries dependent on imports need to tread delicately. Vladimir Putin knows this. But Germany and the rest of Europe seem to have forgotten.

When Germany launched its Energiewende program, it hoped to become the world leader in developing a zero-carbon economy—a green beacon unto the nations. For years, Germany basked in the praise of climate activists and environmental NGOs. As recently as this past month, the New Yorker asked, “Can Germany show us how to leave coal behind?” (Hint: When a publication puts a question mark at the end of a headline, the answer is almost always “no.”) The country didn’t just build wind and solar farms, it also shut down most of its perfectly good, perfectly safe nuclear reactors.

If you look at a globe, you will see that Germany is closer to the latitude of Anchorage than to that of New York. Winter days are short and gloomy. As for the wind? Let’s just say it comes and goes. So whenever Germany’s renewable sources fall short—which is often—the country turns to reliable sources: coal and gas. And it seems the more “renewable” Germany’s grid becomes, the more it needs those fossil fuels for backup.

Germany is not alone. Most of Europe is in the same leaky boat. (France, which went on a nuclear-plant-building spree in the 1980s, is happily immune to these problems.) In a post on Bari Weiss’s Common Sense Substack, renewable-energy skeptic Michael Shellenberger lays out the numbers: “In 2016, 30 percent of the natural gas consumed by the European Union came from Russia. In 2018, that figure jumped to 40 percent … and by early 2021, it was nearly 47 percent.” It still wasn’t enough. That’s why Germany was desperate to see the completion of the Nord Stream 2 pipeline designed to bring in even more Russian gas. (Trump tried to stop the pipeline with sanctions; Biden lifted the sanctions early in his administration.)

Putin wasn’t just aware of this trend; he engineered it. Today, Russia is one of the world’s top producers of fossil fuels. But it uses less than half of what it takes out of the ground. The rest it exports. Meanwhile, as Shellenberger documents, Europe consumes 15 million barrels of oil a day, but produces less than four. It consumes 560 billion cubic meters of natural gas per year but produces only 230 billion.

While Europe was buying solar panels, banning fracking, and shuttering nuclear plants, Russia was drilling wells and building nuclear plants. It’s a funny thing: In the West, the smart set will tell you that nuclear-power plants are too expensive and take too long to build. They also claim that wind and solar have made nuclear obsolete. And yet in Russia—a country awash in dirt-cheap gas, oil, and coal—Putin found it worth his while to double the country’s nuclear capacity in just a couple of decades. Having more nuclear power at home meant he could send more fossil fuels to his increasingly needy European customers. He didn’t do that out of generosity.

It’s not like Germany wasn’t warned. In 2013, Holman Jenkins wrote an op-ed in the Wall Street Journal titled, “Germany Reinvents the Energy Crisis.” That piece was one of many pointing out the engineering and economic pitfalls in trying to create a mostly renewable power grid. President Trump ruffled European sensibilities when he repeatedly cautioned that Germany was becoming “a hostage of Russia.”

But Germany is a nation with a lingering reverence for a romantic notion of nature, and a strong anti-capitalist tradition. And, of course, the country had been literally on the front lines of the Cold War. One can understand how a fear of nuclear annihilation could evolve into a revulsion toward nuclear energy. As far back as the 1970s, a popular meme in German youth culture was a pin depicting a smiling sun with the words Atomkraft? Nein, Danke!—“Nuclear Power? No, Thanks!” The country’s influential Green Party grew out of that movement. Even nominally conservative leaders such as former chancellor Angela Merkel have proved powerless to challenge this ingrained bias. Wind and solar became the only energy option that one could discuss in polite company.

By late 2021, it was obvious Energiewende was faltering. Renewable energy production dropped that year while coal use climbed 18 percent. Prices were spiking and the cold weather was coming on. Putin was limbering up his military. Still, the green juggernaut rolled on: On January 1, 2022, Germany closed three of its last six nuclear power plants, promising to shutter the rest by year’s end. In geopolitical terms, it was the equivalent of a dog rolling over to expose its belly.

Putin surely drew a lesson from Germany’s self-defeating energy policies—and those of Europe as a whole: No matter what values Europe says it believes in, he must have thought, it will compromise them for energy. Germany wasn’t going to allow its lights to go out on behalf of Ukraine. And it might have worked, too.

If Ukraine had crumbled overnight as Putin expected, Germany and other European nations might have huffed, issued a few token sanctions, and then gone back to business. But Putin didn’t count on the stunning bravery of the Ukrainians and their inspiring president. It turns out that the Europeans still have the capacity to feel shame—and empathy. Almost overnight, Germany announced it was halting the Nord Stream 2 pipeline, increasing its military spending, and even sending weapons to Ukraine. The whole of Europe quickly agreed on a deep and painful array of sanctions.

There are limits, of course. Concerning banking sanctions, German foreign minister Annalena Baerbock warned, “We buy 50 percent of our coal from Russia. If we exclude Russia from SWIFT, the lights in Germany will go out.” In the end, carve-outs were arranged to let Europe keep buying Russian fuel. So Putin will keep earning his billions (which will come in handy now that his invasion has turned into a grinding slog rather than a quick decapitation). The U.S. might have responded to the crisis by lifting Biden’s restrictions on natural-gas drilling, approving the Keystone Pipeline, and restoring energy independence. Instead, in his State of the Union address, the president promised to “double America’s clean energy production in solar, wind, and so much more.” The German model, in other words.

You’d think the Ukraine crisis would spur a more sensible approach to energy. Germany did briefly consider a plan to keep its remaining nuclear plants open. But Green Party officials quickly shot down that proposal. Here at home, the Biden administration keeps responding to surging fuel prices by touting the benefits of electric cars.

Meanwhile, France has announced a plan to build more than a dozen new nuclear reactors. So while Germany and the U.S. cling to unattainable renewable fantasies, French citizens get energy that is both clean and bon marché. Who would have guessed that France—France!—would emerge as the West’s leader in hard-headed energy pragmatism? But here we are. 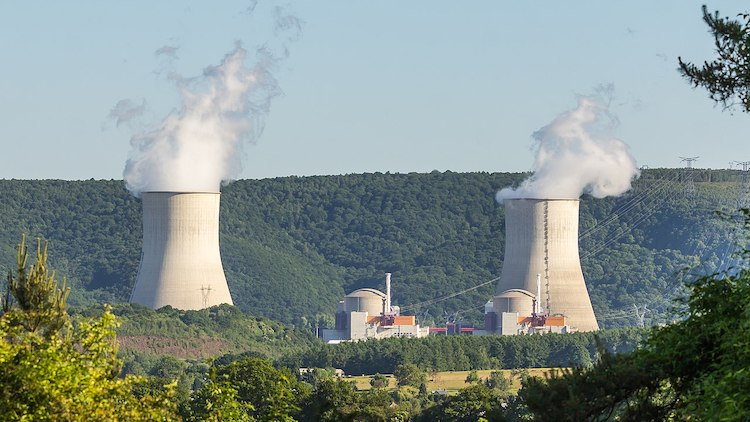 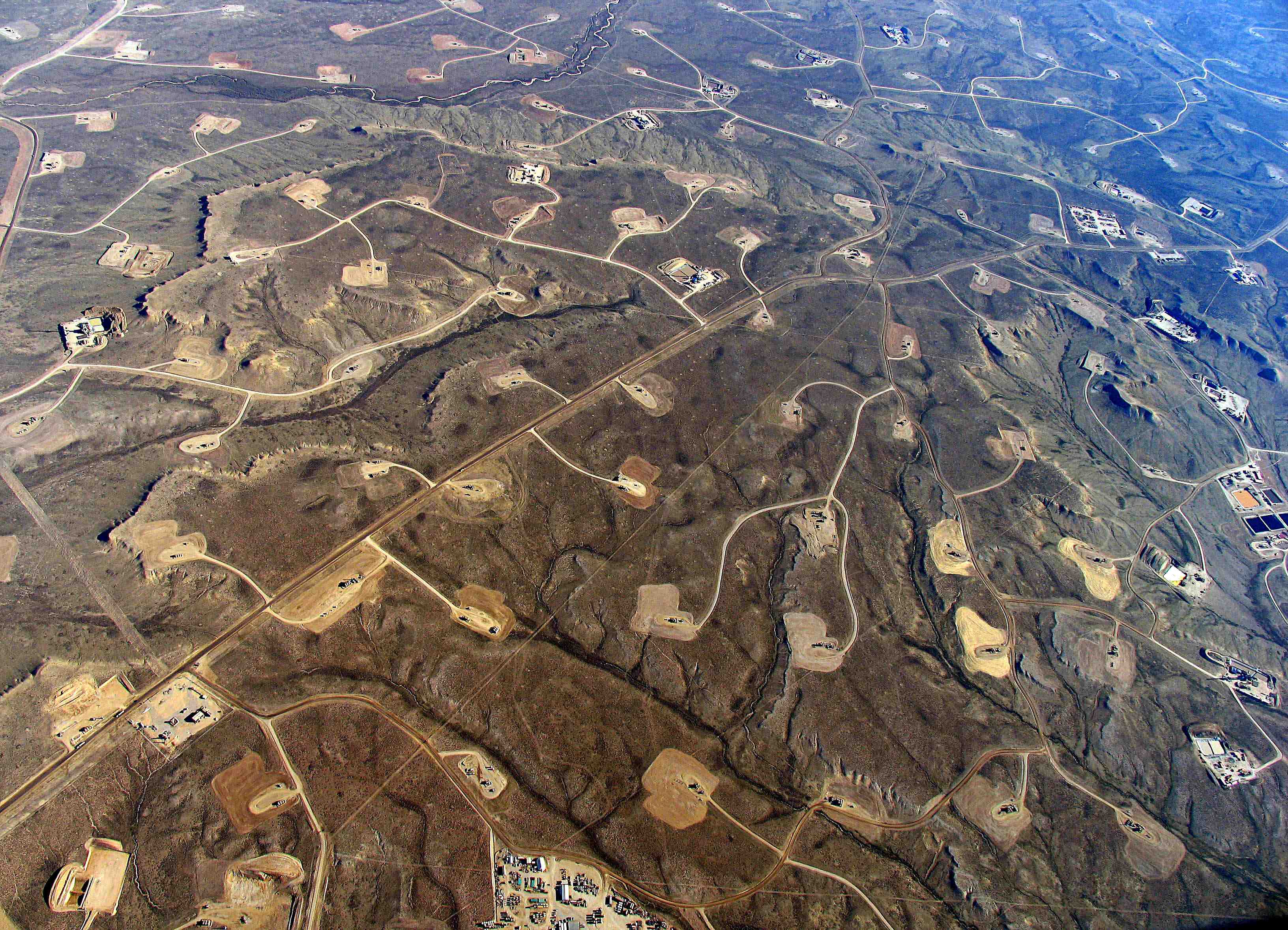