In December 2017, the Federal Communications Commission voted to repeal the Obama-era rule mandating “net neutrality.” “This burdensome regulation has failed consumers and businesses alike,” said Ajit Pai, the Republican FCC chairman who pushed through the change. Internet neutrality’s rollback meant the U.S. Internet would return to the “light-touch” regulatory regime it had enjoyed until the Obama years. Net-neutrality supporters had long argued that stricter government oversight was required to protect the “free and open Internet.” And Obama had pushed the FCC to deliver on that policy. As far as most conservatives were concerned, though, the Internet was already a free-market success story; why not return to the looser rules that had allowed it to flourish? Trump’s election had put Republicans in the majority on the FCC board. Not surprisingly, their vote to reverse the short-lived Obama mandate unleashed a firestorm.

Net-neutrality advocates say their principle is simple: All Internet content should be delivered the same way to all customers. The idea sounds sensible (and polls well), but the devil is in the enforcement details. The FCC’s authority to regulate Internet service providers goes back nearly 90 years, to the Communications Act of 1934—and for most of its existence, the Internet had been regulated as an “information service” under that act’s freewheeling Title I. To give the FCC more teeth, the Obama-backed rule change redefined Internet access as a “telecommunications service” under its Title II, a stricter regime that had been designed to rein in the Ma Bell monopoly. What sounded like a minor technical change had huge implications: As of 2015, broadband providers would be treated as public utilities. Any major plans they made to change or upgrade their services were now subject to FCC approval.

To be honest, few on the right closely followed the arcane debates surrounding either the Obama-era ruling or its rollback under Trump. But to the liberal establishment—and especially the tech elite “digerati”—the prospect of repealing net neutrality was regarded in 2017 with something like existential dread. The Guardian foresaw a “dystopian scenario” that would include “slower and more expensive Internet service.” Democratic FCC Commissioner Jessica Rosenworcel predicted that the new rule would give ISPs “the power to block websites, the power to throttle services, and the power to censor online content.” House Speaker Nancy Pelosi proclaimed that supporting net neutrality “means supporting our democracy.” Even the normally sensible Electronic Frontier Foundation proclaimed, “An attack on net neutrality is an attack on free speech.”

Late-night comedian John Oliver was particularly inflamed by the issue, going on 20-minute, F-bomb-studded rants that compared Pai to a serial killer. Oliver urged his viewers to “tell Ajit Pai that you specifically support strong net neutrality backed by Title II oversight of ISPs.” Talk about pure comedy gold. More than 21 million comments—both for and against the measure—flooded the FCC website. (Many turned out to be spam.) Ajit Pai became known as “the man who killed the Internet.” Protestors gathered in front of Pai’s house and yelled at his children.

Somehow, despite the impassioned pleas and comic diatribes, the new rule went into effect on June 11, 2018. It was time to muffle the bells and hang the black crepe. The “free and open Internet” was no more.

The next morning, Americans woke up, turned on their tablets and computers, and—nothing had changed. The Great Throttling we’d been warned about was nowhere in evidence. It turned out that the imposition of net neutrality—and its rollback—gave us something rare in the science of public policy: a real-world experiment. And the dire warnings didn’t pan out. “There’s also no clear evidence any of the doomsday predictions from net-neutrality proponents have come to fruition,” admitted the tech-news service CNET. “Broadband prices haven’t skyrocketed, nor have Internet providers blocked or slowed access to content.”

In fact, service improved dramatically, with fixed-broadband speeds more than doubling in the years since repeal. Mobile speeds improved, too. Broadband companies also ramped up their investments in new infrastructure, including the rollout of 5G mobile services that can liberate consumers from wired Internet connections altogether. Contrast this with the first two years after the imposition of net neutrality, during which investment in broadband networks dropped more than 5 percent (instead of rising, as it had in all previous non-recession years). Under its yoke, smaller ISPs—especially rural operators and municipal nonprofits—struggled to keep up with the burdensome new rules. And net-neutrality regulations arguably slowed down the expansion of Internet service in underserved communities.

In explaining why the sky didn’t fall, net-neutrality supporters sound a bit like Millennialist cultists who dutifully assemble on the mountaintop but fail to be transported to heaven on the predicted date. Slightly sheepish, but with their faith unshaken, they assure us: It’s definitely going to happen. It just hasn’t happened yet. Pondering the mystery of why broadband companies didn’t immediately start blocking or slowing websites, the Washington Post quoted industry critics who surmised, “It would be too obvious to try that type of behavior right out of the gate.” Those sneaky ISPs were just biding their time.

A year after the change, Wired conceded that broadband providers still hadn’t made “any drastic new moves to block or cripple the delivery of content.” But that wasn’t because the companies are actually in the business of delivering content, the magazine concluded; it was just more proof of their diabolical subtlety. You see, “egregious violations of the principles of net neutrality by broadband providers would provide ammunition to advocates who want the old rules restored.” Aha! The fact that the big data companies haven’t yet killed the Internet just proves how much they want to kill the Internet.

When the pandemic sent students and office workers home, broadband demand soared. The minimalist Trump-era approach to regulation was put to the test. In Europe, which regulates the Internet under something closer to the Obama model, providers struggled to keep up; many had to cut back on data speeds. But in the U.S., where the average household churns through three times more data than that used by European households, consumers experienced barely a glitch. In fact, rather than throttling service during the crisis, many providers relaxed data caps and expanded access for lower-income customers.

It appears that the Internet runs just fine—better, actually—when FCC bureaucrats aren’t micromanaging every move an ISP makes. So, naturally, restoring net neutrality is a top priority of the Biden administration. The Biden Justice Department quickly dropped a lawsuit launched under Trump that had challenged the state of California’s effort to create its own net-neutrality rules. And the administration elevated FCC Commissioner Jessica Rosenworcel—the one who predicted that ISPs would “block,” “throttle,” and “censor” content—to the position of acting chair. TechCrunch predicts that one of her key missions will be to engineer “the return of net neutrality from the shallow grave dug for it by Ajit Pai.” That likely won’t happen overnight, though, as the FCC board is now evenly split between Democrats and Republicans. Biden will have to nominate a new commissioner and get that person confirmed before Democrats can push through big changes.

As a tech journalist, I’ve been following net-neutrality debates for nearly two decades. But I’ve always been a bit mystified why the idea of net neutrality inspires so much passion on the left. In the beginning—when download speeds were a huge constraint and choices for broadband service were limited—you could at least make a case that government regulation was needed to protect captive consumers. But every year, broadband speeds improve and more competitive options emerge. True, fixed broadband service is still dominated by relatively few companies. But having a wired connection to the Internet is becoming increasingly optional as 4G—and now 5G—service improves. Meanwhile, Elon Musk’s SpaceX rockets are launching thousands of small communications satellites that will form a “constellation” known as Starlink. Over the next several years, as that network grows, it will provide broadband service in underserved rural areas and give urban consumers an alternative to their local cable companies. Other satellite companies have similar plans in the works.

And yet, while the argument for net neutrality grows weaker with each passing year, the fervor of its supporters only grows. For true believers, net neutrality isn’t simply a policy choice about how to the deliver the best service to the most people. If it were, we could debate it on the basis of evidence. But, as we’ve seen, neutrality supporters don’t need evidence that providers are abusing their power; they take it on faith that they will. As one puts it, “nobody wants a return to the robber baron era of exploitative and oligopolistic capitalism.” (Never mind that, under the Title I rules that Pai’s FCC restored, genuine abuses of market power would appropriately be addressed by the Federal Trade Commission.) Defenders of light-touch regulation aren’t arguing that broadband providers will protect consumers out of the goodness of their hearts, mind you. (Indeed, some ISP business practices are genuinely annoying.) They are simply arguing that markets work. Businesses that don’t serve the needs of their customers will ultimately fail.

Net-neutrality backers don’t trust businesses to pay attention to market forces. And for that matter, they don’t trust consumers to make sensible choices about their own needs. In fact, one of the biggest bugaboos for neutrality supporters is the idea that broadband companies might offer “fast lanes” for services such as Netflix or Spotify. In fact, as soon as the Obama neutrality rules were instituted, the FCC began challenging mobile pricing packages that included free movie or music streaming. “To me it’s just absurd to say that the government should stand in the way of consumers who want to get, and companies that want to provide, free data,” Pai told Reason.

The debate provides a window into the thinking of the mainstream left, especially when it comes to the relationship between individuals, businesses, and the government. Neutrality supporters see the world in stark, Manichean terms: It is divided between untrustworthy corporations on one side and vulnerable consumers on the other. Government must stand on the barricades between them, protecting the innocent from the depredations of the powerful. In this view, businesses are always presumed to be unscrupulous, consumers ignorant, and government regulators incorruptible and wise. The only solution to the messiness of markets is to put wise technocrats in charge—even after the evidence suggests the opposite. 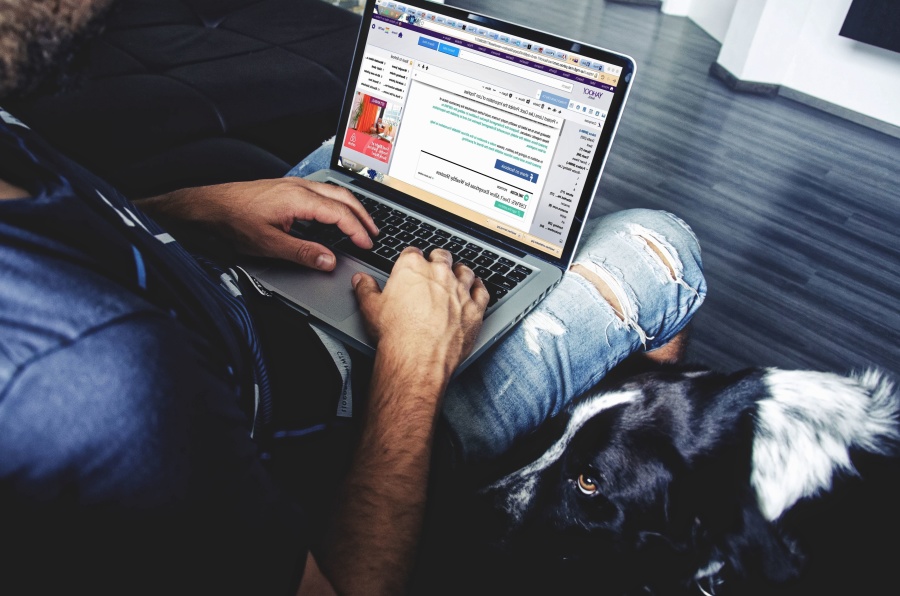