At the height of last summer’s protests, colorful yard signs started popping up around the New York suburbs. There were several variations, but most began, in this house we believe and then offered up a list of assertions: black lives matter, love is love, kindness is everything, and science is real were among the most common.

I’m not sure why the signs slightly bugged me. The sentiments are hard to argue with. Yes, love is love. Did anyone claim it wasn’t? Of course black lives matter (notwithstanding the radical aims of the organization that co-opted the phrase). Maybe I was put off by the slightly passive-aggressive tone of the message: Were the homeowners trying to distinguish themselves from their sign-less neighbors who, presumably, don’t believe in love and kindness? (I was reminded of how those old “I Brake for Animals” bumper stickers used to annoy my non-fool-suffering mother. What does everyone else do, she always asked, try to run them over?)

But the phrase that really got to me was “science is real.” We’ve been hearing these rote endorsements of science for years, but they’ve especially ticked up during the pandemic. “KEEP CALM AND FOLLOW THE SCIENCE,” one popular online meme advises. Last summer, New York Governor Andrew Cuomo unveiled a poster—drawn in a style one might find in a book for annoyingly clever children—celebrating the state’s supposedly successful traverse of the “COVID Mountain.” In it, a tiny speech balloon implored, “Follow the Facts.” When President Biden recently introduced his team of science advisers, he promised, “Everything we do will be grounded in science, facts, and the truth.”

Who could argue against such unobjectionable sentiments? Anybody? OK, I will. Don’t get me wrong. I’m a big believer in science. I mean, I’m a science journalist. I fully credit science with saving my life—through surgery and antibiotics—when I had a ruptured appendix at 17. It saved my mother’s life when she had cancer at 50. Science helped produce the Internet and my miraculous smartphone. And it enriches my life by informing me that the beautiful northern lights are created by solar particles trapped in Earth’s magnetic field, or that the cute yellow-rumped warbler flitting through my yard can migrate over 100 miles in a single night. So, yes, Go, Science!

But when people admonish me to Trust the Science, what I hear sounds less like science and more like faith. All too often, the people appealing to science aren’t asking me to accept a certain scientific conclusion about how the world works. They’re asking me to accept their preferred policy prescription for how to change it. That’s because science can only describe the universe. It can tell us how the spike protein on the SARS-CoV-2 virus enables it to invade human cells. And it can help us design an mRNA vaccine that will teach our immune system to sniff out that protein. It can even tell us which groups are at greatest risk of dying from COVID-19. But it can’t tell us who deserves to be first in line for a vaccine. When health agencies employ complicated “social justice” yardsticks to decide whom to vaccinate, they are making a policy decision based on certain values. Telling people they should Trust the Science doesn’t make that policy any more scientific.

Right now, teachers in Oregon are insisting they won’t return to classrooms until in-person teaching can be justified by “science and data.” They’re right that major decisions should be informed by science. (And, in fact, studies show that classrooms are surprisingly safe.) But no study can tell us how much risk we should ask teachers to take on. Or how long we should keep children socially and educationally deprived. Those, too, are debates over values. “Science” alone can’t make those decisions—sooner or later, leaders have to make tough calls.

You’ll notice that most of the people telling us to Trust the Science aren’t scientists themselves. And what they call “science” typically isn’t a rigorous review of facts; rather, it’s an appeal to authority. They are telling us to trust the experts, experts who they want us to believe are all on their side. Now, trusting experts is generally a smart policy. I want expert researchers assuring me a vaccine is safe, and I want trained engineers to design the bridges I drive over. But science is not just the combined wisdom of experts. It is a process for discovering the truth through rigorous skepticism. In fact, the scientific method is specifically designed to challenge the authority of supposed experts. The brave early scientists of the Enlightenment knew that their discoveries—even the intellectual tools they used to make their discoveries—were a threat to authority. They were daring to contradict the church, the king, and the received wisdom of the ages.

Even in our era, scientists often find themselves going up against some hardened consensus. In the 1980s, Australian medical researcher Barry Marshall believed ulcers were caused by a bacterial infection, an idea most experts found laughable. Unable to get his research published, Marshall finally drank a broth containing the suspect bacteria, developed a raging case of gastritis, and proved his point. Marshall and his partner received the Nobel Prize, and since then millions of ulcer sufferers have found relief through antibiotics.

The story of Marshall’s stomachache shows that it is not expert opinion that matters most in science; it is evidence. Scientific consensus is not based on the prestige of the scientists who hold a certain opinion, but on the facts that convinced them. These days, when advocates for certain policies instruct you to Trust the Science, they aren’t usually thinking about outsiders like Marshall challenging the conventional wisdom. They are telling you to accept their version of consensus. They want you to believe that “the science is settled.”

But science is never completely settled. During this pandemic, some researchers presented evidence about alternative treatments for the disease, or doubts about China’s claims concerning its source. Almost immediately, the overseers of our digital platforms began affixing labels to those posts, warning readers that such inquiries might be “misinformation.” Of course, today we know that some of the most dangerous misinformation about COVID-19 (especially concerning how easily it spreads) initially came from the World Health Organization and the Centers for Disease Control.

Often it is the people supporting the most controversial—and counterfactual—policies who most vociferously insist they have science on their side. The ACLU recently weighed in on the issue of transgender girls competing against biological females in high school sports. During puberty males grow taller and develop stronger bones and bigger muscles. No amount of later hormone therapy can erase those advantages. But the ACLU insists that concerns about former males competing against girls are “discriminatory, harmful, and unscientific.” With slapdash disregard for both grammar and logic, the group pronounced: “There are no set of hormone ranges, body parts, or chromosomes that all people of a particular sex or gender have.” In other words, since defining male or female can be tricky in rare outlier cases (such as intersex people) there is no meaningful difference between the sexes. Girls have nothing to fear from bigger, stronger former boys competing on their track teams. It’s science!

But the people promoting transgender athletes aren’t really basing their views on science. They are expressing a value—that transgender people should be fully accepted—and then recruiting “science” to give that moral sentiment some extra weight. Values like tolerance are wonderful things, but they aren’t science. Science describes the world as it is, not as someone thinks it should be. Lately, some transgender advocates have gone beyond simply claiming science is on their side and have tried to bully scientists into agreement. Abigail Shrier’s book Irreversible Damage reveals how activists have worked to silence and banish medical experts whose research doesn’t support the latest transgender orthodoxy.

For all the administration’s talk about putting science first, on Biden’s first day in office, he signed an executive order on “Preventing and Combating Discrimination on the Basis of Gender Identity or Sexual Orientation.” Fighting discrimination sounds great. But, as Shrier writes in the Wall Street Journal, the order means that virtually every public high school “must either allow biological boys who self-identify as girls onto girls’ sports teams or face administrative action from the Education Department.” Biology be damned.

Sometimes, scientists themselves succumb to the temptation to put advocacy ahead of accuracy. For over 30 years, a few climate scientists have sought prominent roles in the political debate over global warming. There’s nothing wrong with scientists talking to the public. But when they appear to be finessing their research in order to bolster their advocacy, science and advocacy both suffer. In one famous case, a batch of leaked emails showed several leading climate scientists discussing techniques to massage contradictory data. They seemed to be looking for a way to make a messy story appear simpler to the public. As John Tierney wrote in the New York Times at the time, the scientists “seem so focused on winning the public-relations war that they exaggerate their certitude—and ultimately undermine their own cause.” Blogger and law professor Glenn Reynolds calls this phenomenon “the suicide of expertise.”

Public trust, once squandered, is hard to restore. In the early months of the COVID-19 pandemic, polls showed widespread support for masks and lockdowns. People thought they were following the science. Then came the summer BLM protests. Suddenly, health officials started sounding positively blasé about the risks of thousands of strangers shouting together for hours. A group of over 1,200 health experts signed an open letter encouraging the protests, saying, “White supremacy is a lethal public health issue.” Millions of Americans got the message: People expressing the correct political opinions get a pass from COVID restrictions. Support for even reasonable precautions collapsed in many parts of the country.

Why should people trust supposed scientific experts who change their minds with each shift in the political winds? Why should people believe in science when they’re told “science” says there’s no biological difference between men and women? And when people lose confidence in this kind of phony science, they tend to lose faith in real science as well. Which is a bad thing. A new Kaiser Family Foundation poll finds that 34 percent of all Americans say they’re reluctant to take the coronavirus vaccine. That could be a big obstacle to finally putting an end to this scourge.

It’s a funny thing. It seems the more people keep telling us to Trust the Science, the less people are willing to trust it. Or maybe it’s not funny at all. 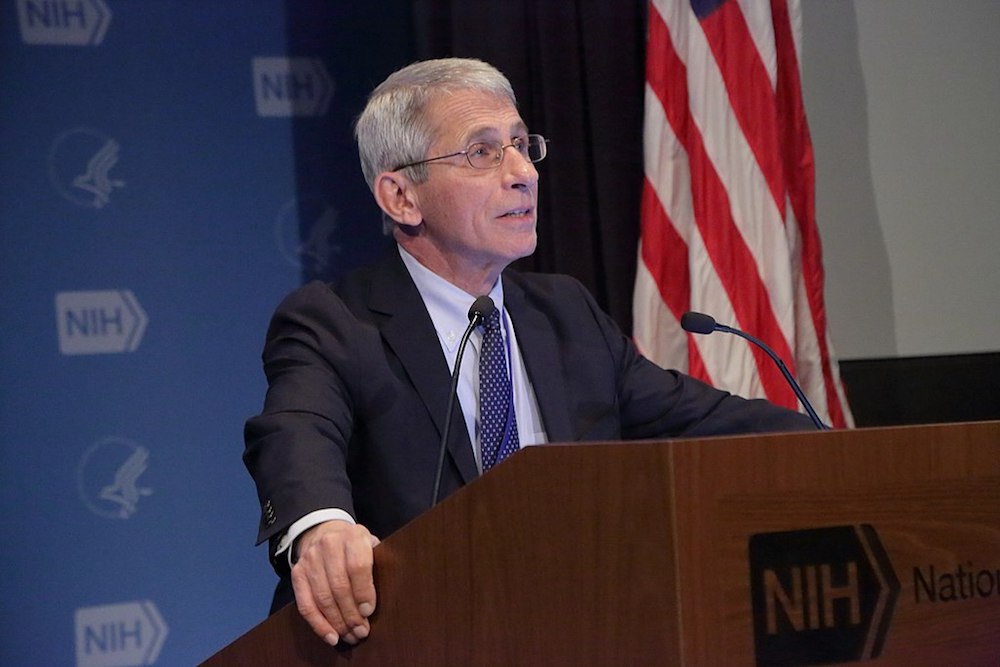 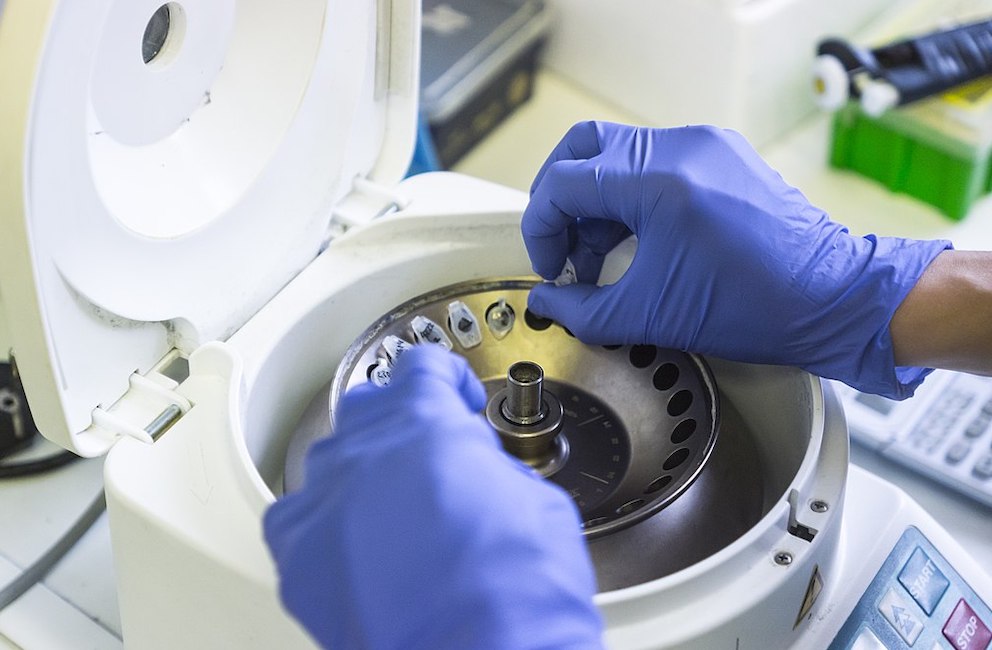 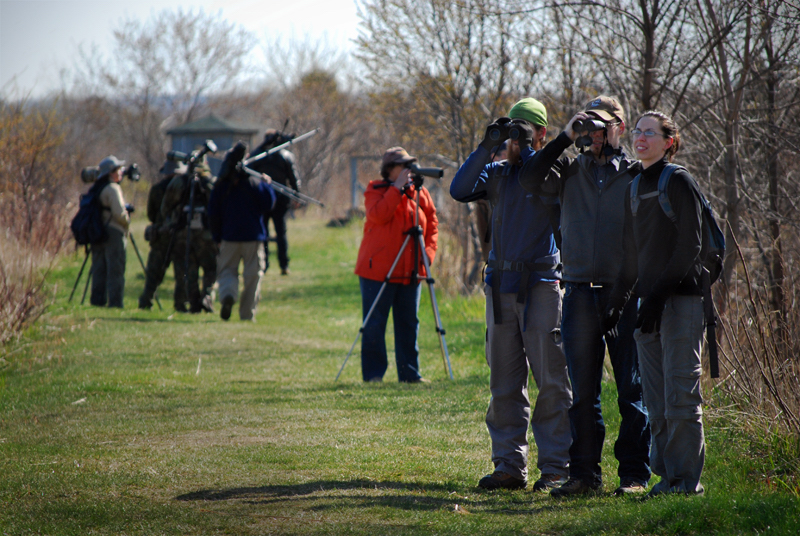 The Glory of Citizen Science