So when I picked up Janesville: An American Story, I was afraid I’d just committed myself to a book-length version of a story I’d heard before. At the outset, Amy Goldstein, a Pulitzer-winning journalist at the Washington Post, promises that her new volume is not just another account of factory closures and job losses, but the story of “what happens when a community with a can-do spirit tries to pick itself back up.” On this account, she largely delivers. Set in the Wisconsin hometown of House Speaker Paul Ryan, Janesville begins in 2008 following an announcement by General Motors that it will temporarily close a massive factory there and lay off (or transfer) thousands of workers in the process. In the middle of the great recession, GM is running losses in the tens of billions, and the large SUVs made at the Janesville factory have become unpopular with American consumers.

The book proceeds from there, walking through the immediate aftermath of the factory closure, the ripple effects on the local economy, and the way that various actors respond to the crisis over the next five years. It chronicles the efforts of officeholders, laid-off workers, families, local businesspeople, community-college leaders, and government officials to rebuild their lives and their hometown. Goldstein is a gifted storyteller, and Janesville is a raw, beautiful story, one that sheds needed light on a country searching for some pathway to the future.

Yet it is the book’s positive qualities that actually make it depressing as well. I devoured Janesville, but in part because I kept on hoping to feast on some piece of enduring hope. Her subjects are flawed, as real people always are. Some of them cheat on their spouses and some of them possess too naive a belief in the return to the glory days. Yet their goodness shines through: They’re hard-working and devoted to their families. They’re proud of their struggling hometown and doing everything to enable its survival. Yet the successes are fleeting, and the entire book leaves you with a gnawing feeling: None of us has any idea what the hell we’re supposed to do now.

It is painful to follow the leaders of Janesville as they respond to the crisis with remarkably conventional methods—almost all of which are doomed to fail. In 2009, not long after the plant’s closure, a glimmer of hope arrives in the form of a new car GM will soon manufacture. Janesville is one of three finalists to host the car, and if it is selected, the plant will roar back to life and thousands of people will go back to work. Local leaders spring into action. The state of Wisconsin joins forces with the city and county governments to offer more than $200 million in incentives to GM to reopen the plant—the largest offer in the state’s history—only to lose when Michigan offers more than $1 billion.

The news is a crushing blow to the citizens of Janesville, and one can’t help but feel that the tools community leaders possess for crises like these are hopelessly inadequate to contemporary times. The effort to lure GM with tax abatements and credits is hardly the only time the city leadership deploys similar methods, and though they’re occasionally successful, their combined efforts lead to hundreds (and not the needed thousands) of new jobs. Besides, an economically literate observer might note the obvious: Tax abatements are a zero-sum game for the population of towns like Janesville. If Michigan offers $1 billion and Wisconsin $200 million, the effect on net job growth for struggling workers in the Rust Belt is negligible. If Janesville had won back its GM plant, there would have been thousands of heartbroken workers in Orion Township, Michigan. What’s needed is not a local policy that transfers wealth from residents to businesses, but something that creates net job growth and educates workers for those jobs.

If this insight has you thinking about the benefits of “retraining”—a rare point of bipartisan consensus—Goldstein has both the data and the narrative to crush your dreams there, too. The institution most entrusted with retraining Janesville’s factory workers is Blackhawk Community College, whose dedicated administrators imbibe copious amounts of public money and expand their offerings to prepare their students for the next generation of jobs. Some retrain successfully, but very few are able to earn anything like the wage they had at GM. Some of even the most successful hate their new jobs, so they move on to newer jobs at lower wages so that they might actually enjoy their lives. You can hardly blame them, but their experiences suggest that retraining—at least as usually practiced—is hardly the panacea so many of our current elected officials presume it is. Indeed, enlisting help from the University of Wisconsin, Goldstein takes a detailed look at the full picture and finds that the time and resources devoted to retraining workers at Blackhawk did very little good.

One temptation, for both the residents of Janesville and certainly for the reader, is to take stock of the situation and to lash out at something—at the “system,” at capitalism, at government overreach, at Paul Ryan, even at God. Yet the great virtue of Goldstein’s Janesville is that it refuses to indulge in the trite simply because it might prove cathartic or reassuring. One passage in particular stands out, when a man named Matt Wopat debates whether to become a “GM Gypsy”—to travel during the week to another GM plant and see his family only on the weekends. Matt is a student at Blackhawk who has just learned from his instructor that few of his classmates have obtained employment in their field of study. “As his mind churns on this jam he is in, the strangest thing is that he can find absolutely no one to blame,” Goldstein writes. “Not the instructor who, poor guy, was just leveling with him. Or the government, dutifully paying for classes for a job he might never get. Not GM, shelling out for his benefits even as the company had gone bankrupt itself. Certainly not [his wife], trying her damndest to find a job better than restocking her Hallmark displays a couple of days a week. Not even himself, because every time he has rethought the exceedingly hard question of whether he missed a clue, whether he overlooked some narrow passageway that would have led him out of the maze, he came to the conclusion that he had not.”

Yet if it’s difficult to pin blame on anyone, it’s equally difficult to identify the way forward. The tendency in our politics is to reach for the familiar and the easy: We should cut taxes to spur economic growth and bring Janesville’s jobs back. If that doesn’t work, we should retrain Janesville’s workforce for new jobs. If that doesn’t work, perhaps the workers of Janesville should just move. There may be limited virtue in some of these ideas—our society could do for a lot more geographic mobility, for instance—yet they also seem to miss the point.

Our entire economic playbook is the consequence of a 40-year conversation started by Ronald Reagan, a man who wisely recognized that the paradigm of the previous four decades had broken down in an era of stagflation. Now we argue about whether to blame unscrupulous Wall Street bankers or an overreaching federal government. We talk about whether to increase the minimum wage, and if so, by how much. I could go on and on, but as I read Goldstein’s wonderful book, I found myself asking: Would any of it make a significant difference to Janesville?

The answer, I fear, is no. We have entered what Senator Ben Sasse calls a “historically unique” period of disruption, one in which millennials change jobs more frequently than previous generations, exciting industries require new skills and training, and our families and communities struggle to respond effectively.  Yet our politics and our policy thinking are boringly conventional. That should worry you, not just because the people of Janesville are decent and hardworking, but because the problems of Janesville will almost certainly come to a town—or big city—near you. 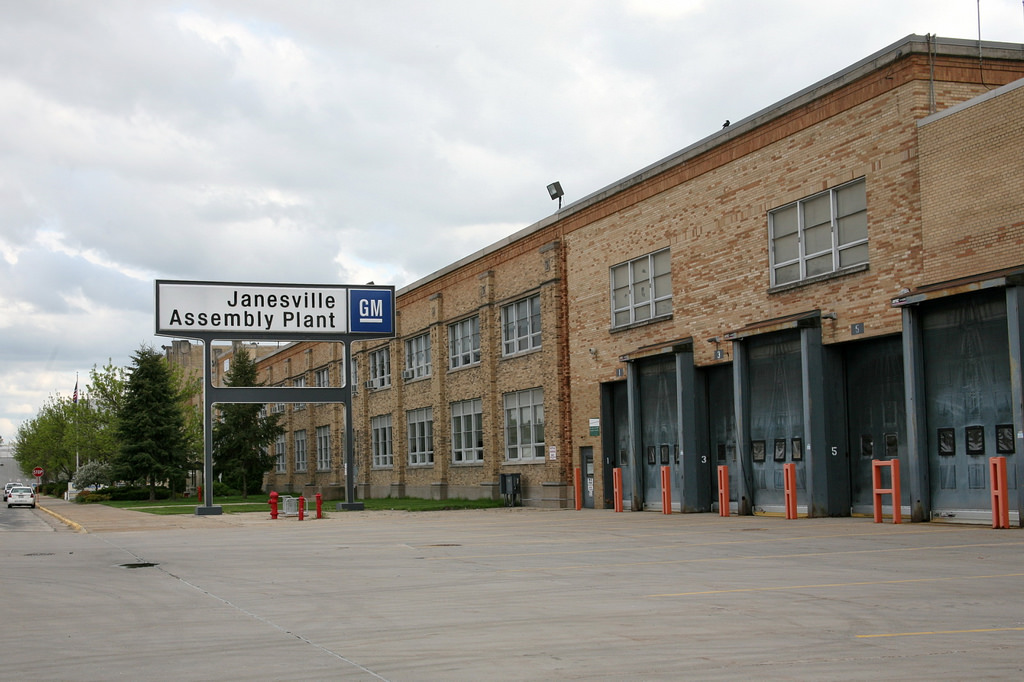 J.D. Vance is the author of Hillbilly Elegy. This is his first contribution to Commentary.