phraim Rosenbaum is the greatest of all Talmud scholars and a man known for his exceptional piety. One day in June, his doctor tells him he needs to take up an active hobby for the good of his health because his studies have made him sedentary. The doctor recommends golf.

Rosenbaum goes to the golf course. He plays nine holes. He goes the next day, and the day after. Soon he is obsessed. He can’t get enough of it. All summer he is consumed by the game.

Finally, the High Holy Days come around, and he is forced to forego his daily trip to the links for the two days of Rosh Hashanah. It’s agony. Rosenbaum can’t think of anything but golf. When Rosh Hashanah is over, he resumes his play but is consumed with the thought that he will have to stop again on Yom Kippur.

After evening services on the Day of Atonement, he cannot sleep. He is tortured. He wakes up in the morning and does the unthinkable: He throws his clubs into his car and drives 50 miles to a golf course. This is a staggering violation.

God and the archangels are observing Rosenbaum’s apostasy with horror. “You should smite him,” says Gabriel.

Rosenbaum sets up on a Par 5, the cup 400 yards from the tee. He swings. The ball sails through the air, and sails, and sails. It flies 350 yards and comes down on a slope, whence it rolls onto the green and then straight toward the cup. It arrives, it circles the cup three times and then goes in.

Rosenbaum leaps with joy. He has gotten a hole in one on a Par 5, perhaps the greatest feat in the sport’s history.

Gabriel is disgusted. “You call this a punishment for playing golf on Yom Kippur?” 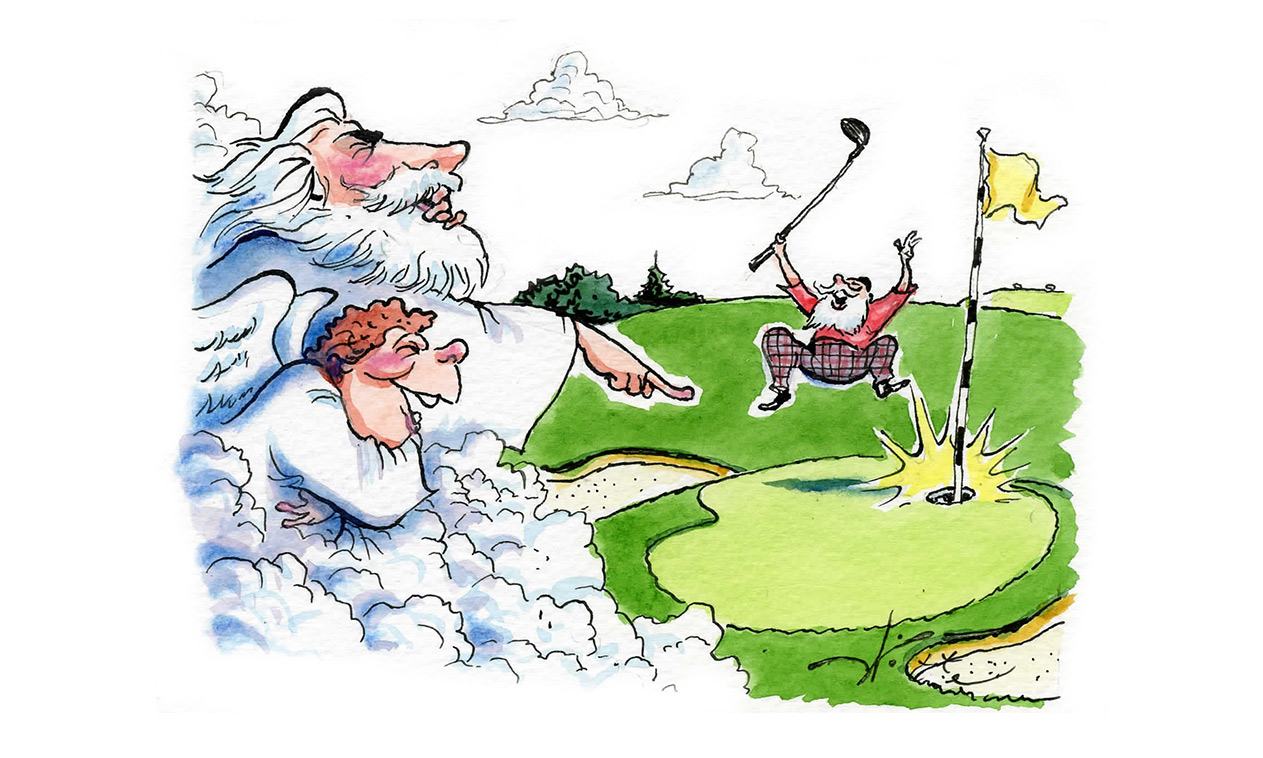